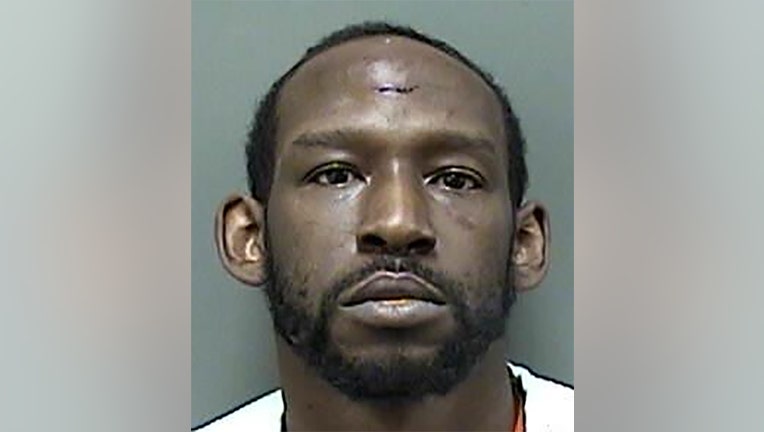 RACINE, Wis. - A 29-year-old Racine man faces multiple charges after he allegedly threatened to have "zombies" kill a woman on Sunday, May 23.

Prosecutors say Reginald Brown was at the center of multiple disorderly conduct incidents which included the threat, wielding a knife and beating on a car with a wooden stick.

Police were called to a residence on Sunday afternoon for a report that a man was "acting disorderly with a knife." Police arrived and spoke to a woman at the scene.

The woman told police that prior to their arrival, Brown threatened to put "zombies" on the block to kill her and called her an expletive multiple times.

Another woman told police she saw Brown screaming from an upstairs window and throwing glass out of it, landing and breaking on the sidewalk.

When asked about the incidents, the complaint states Brown admitted to having a knife but said it was because his neighbors were trying to kick his door open. It was later determined that Brown damaged his own door.

The complaint states that when police tried to get Brown in their vehicle following his arrest, he began to kick at officers. He was taken to a hospital for medical clearance, which he refused, and again gave officers difficulty as they tried to get him into the car. The complaint states officers had to carry Brown by his arms, waist and legs to get him into the vehicle.

Brown is due in court for a competency hearing on June 24.

Roughly a month earlier, police responded to the same area for a separate incident involving Brown on April 29.

Police were called to a residence for a report of a suspect threatening his neighbors with a stick. Officers arrived and spoke with the suspect – since identified as Brown – who said his landlord stole his phone.

A criminal complaint states Brown used the wooden stick to beat on the landlord's front door and minivan. Two witnesses corroborated the landlord's account of what happened.

Brown later told police that he found his phone in his car and that it was not stolen.

In that case, Brown was charged with criminal damage to property and disorderly conduct.