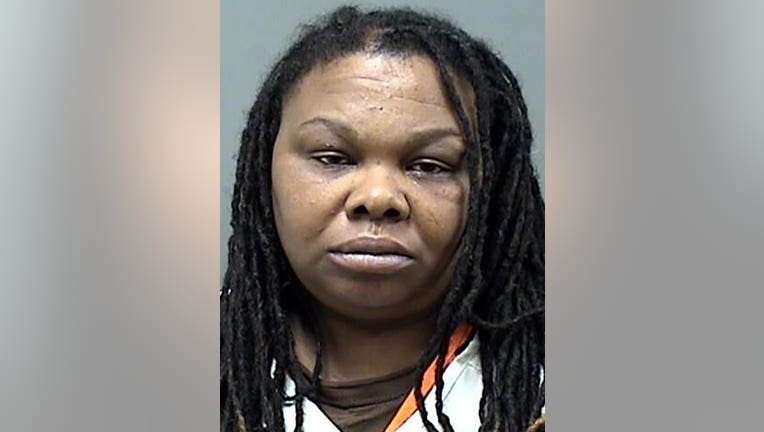 RACINE, Wis. - A 44-year-old Racine woman is accused of possessing a "ghost gun" and two other guns with that had switches that essentially made them machine guns. The accused is Lakiya Gresham – and she faces the following criminal counts:

According to the criminal complaint, Racine and Kenosha police, along with the FBI Milwaukee Area Safe Streets Task Force executed a search warrant on Tuesday, Aug. 2 at a residence on Thurston Avenue -- a couple blocks south of Wright Avenue. The warrant was "a result of an investigation into a stolen vehicle and an armed carjacking and theft of a second vehicle out of Kenosha County," the complaint says.

The complaint says Gresham admitted to possession of the purse, but "denied knowledge of the firearms."

Gresham made her initial appearance in Racine County court on Wednesday, Aug. 3. Cash bond was set at $10,000. Gresham is due back in court for a preliminary hearing on Aug. 11.