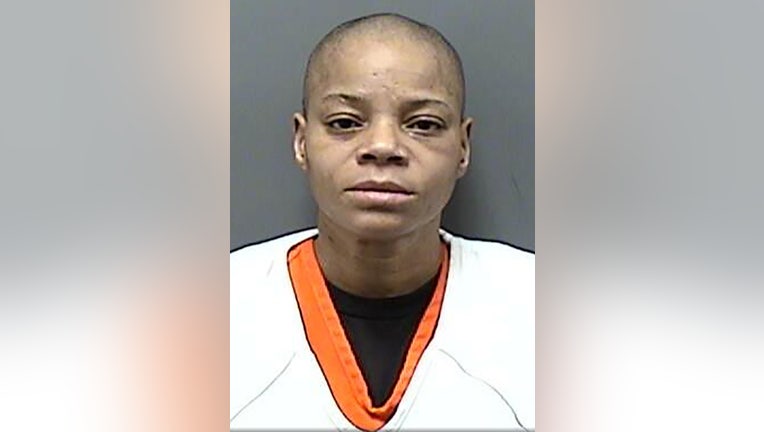 RACINE, Wis. - A 51-year-old Racine woman is accused of striking a man with a hammer. The accused is Shauntele Calloway – and she faces the following criminal counts:

According to the criminal complaint, a Racine police officer was dispatched on Monday evening, March 21 to a residence near Dr. Martin Luther King Drive and West Street in Racine. He was sent to investigate a report of a person "struck in the head with a hammer by a female."

Once on the scene, the officer located a man "who was bleeding heavily from the back of the head," the complaint says. The victim told the officer "Shauntele Calloway hit him with a hammer because he was kicking her out of his house. He also said she trashed his residence." The officer noticed a flipped over dining room table, broken items, and food from the refrigerator strewn about.

The victim was taken to a hospital for treatment of his injuries. While there, he told investigators Calloway had been living with him for the past year. The complaint says "Calloway had been drinking heavily and was upset that an ex-girlfriend came by the residence. When she wouldn't stop arguing, (the victim) told her she needed to leave." Instead, the victim said Calloway proceeded to "destroy the residence and grabbed a hammer, striking (the victim) twice in the head." Despite this, the victim told police "he still loved Calloway."

Calloway made her initial appearance in Racine County court on Wednesday, March 23. Cash bond was set at $1,000. She is due back in court for a preliminary hearing on March 30.