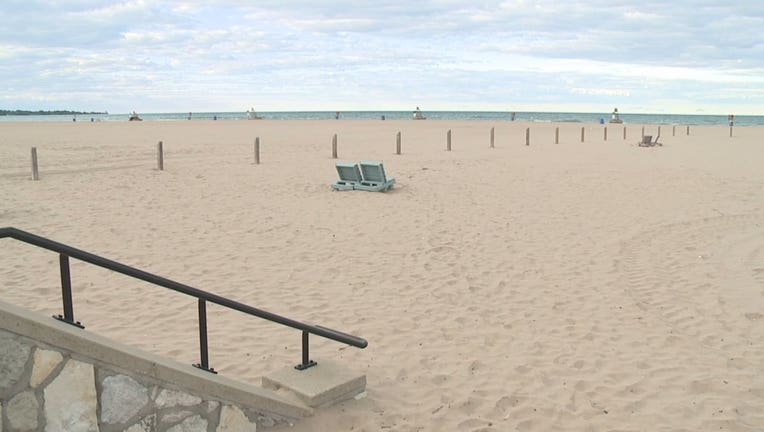 RACINE, Wis. - A Missouri man died at the hospital after being pulled from the water at Racine's North Beach Sunday afternoon, Aug. 22. Sheriff's officials said the man died after helping rescue two children in distress.

According to the sheriff's office, around 3 p.m., deputies responded to reports of a man unaccounted for in Lake Michigan. It was learned two children were in distress in the water just to the north of North Pier by the large rocks, and a relative went in to save them. He assisted in rescuing the children but did not emerge from the water.

After a search, the man was rescued from the water around 4 p.m., and life-saving efforts were initiated. He was pronounced dead at the hospital.

The National Weather Service issued a "Beach Hazard Statement" until 7 p.m. Sunday for lakeshore counties, including Racine, noting "a possible threat to life or property."

The RCSO said this in a press release:

"The Sheriff’s Office commends the heroic actions of the man who assisted in saving the lives of these two young children.  Our thoughts and prayers are with him, his family, and his loved ones.  We also encourage people to take the time to investigate current lake conditions before entering Lake Michigan and take all necessary precautions.  This, like the other unfortunate drownings this summer, are tragic, incredibly sad, and preventable."