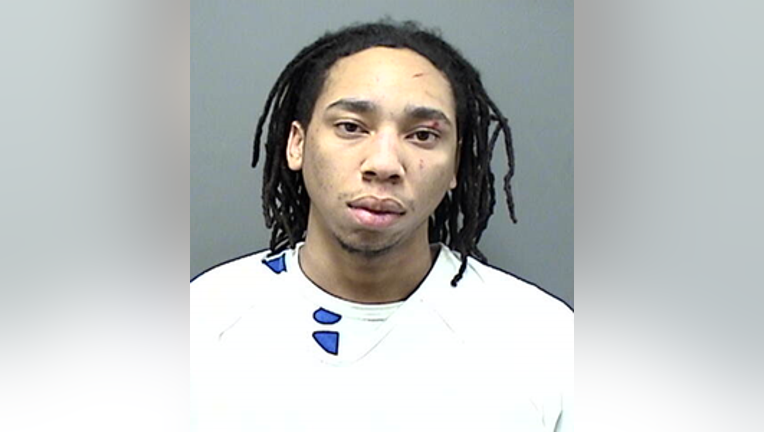 RACINE -- A Racine man accused of multiple armed robberies and a shooting is charged and behind bars, authorities say. Auston Harris, 21, faces charges on 10 total counts for crimes committed in 2016 and 2019 -- the latest in a criminal history that dates back years.

According to a criminal complaint, a Racine restaurant was robbed at gunpoint a total of four times -- in September 2016, October 2016, October 2019 and December 2019. All four incidents were caught on surveillance. Investigators later determined the suspect to be the same in all four robberies.

After all four robberies had taken place, the complaint states that Harris was identified as a suspect in a November 2019 shooting. Investigators recalled previous dealings with Harris, the complaint states, and that his address was the same as that where authorities recovered the gun similar to the one used in the third restaurant robbery -- an address less than a quarter-mile away from the restaurant. Further investigation revealed that Harris was arrested for a shooting in October 2016 and was released in October 2019, according to the complaint -- days before the third armed robbery.

Still a suspect in the November 2019 shooting, the complaint states that Harris was arrested following a December 2019 car crash in Racine. As authorities booked him for his involvement in the incident, investigators noted that the length of his hair appeared to match the length of the suspect's hair in the restaurant robberies. In search of Harris' home earlier this month, investigators saw clothing that matched the clothing of the robbery suspect.

In regard to Harris' involvement in the November 2019 shooting, a separate criminal complaint states that an incident started at a Racine bar. During the incident, a victim told police that a beer bottle was thrown through his car window and that the car shot multiple times. Harris was later identified by a person involved as the one who shot the victim's car. As a convicted felon, Harris was prohibited from having any type of firearm.

Harris faces charges on two counts related to the November 2019 and eight related to the series of armed robberies. According to the criminal complaint, Harris was previously convicted of battery to a Racine police officer (2013), possession of a firearm by a felon (2015), carry concealed weapon (2016) and second-degree recklessly endangering safety in Kenosha (2017).

He is due back in court for a preliminary hearing on Wednesday, Jan. 29.