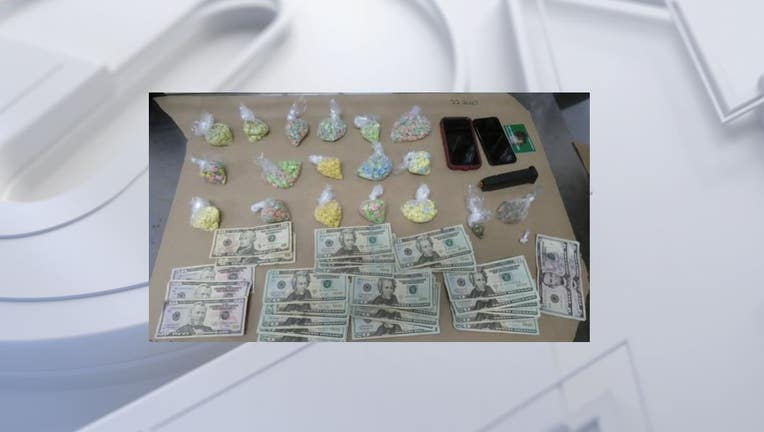 RACINE, Wis. - A Racine man, 26, was arrested Wednesday, April 13 following a three-month drug investigation, and officials say drugs were found in his vehicle and home.

Sheriff's officials said this investigation involved controlled buys of heroin/fentanyl. During the arrest, .6 grams of fentanyl were found in the man's vehicle, along with a magazine for a Glock handgun and ammunition.

At his home on Washington Avenue in Racine, officials found more than 600 grams of ecstasy worth approximately $16,000, a "drug phone" and money.

Officials said the man was out on bail on drug charges and on probation on a drug charge.

Milwaukee police are looking for the driver involved in a hit-and-run crash on the Thursday morning. The vehicle hit a pole, and the driver ran off.