RACINE --  A 31-year-old Racine man was arrested Wednesday morning, Dec. 18 on drug charges. This, after agents from the Racine County Metro Drug Unit, Racine County SWAT Team and K-9 Deputy executed a search warrant in the area of Douglas Avenue and Hagerer Drive in the City of Racine.

According to the Racine County Sheriff's office, information had been developed that the suspect at this residence was a gang member and involved in the sale of crack cocaine and heroin.

Over the course of the investigation, agents developed probable cause for a search warrant. Located during the search of the residence was 11.4 grams of heroin, 9.9 grams of crack cocaine which was packaged in seven separate baggie corners, 6.9 grams of powder cocaine, 1 gram of MDMA a loaded handgun, additional gun magazines for different caliber guns, two digital scales, cell phone, a pill press, possession of a fake identification card from California and $1,346. 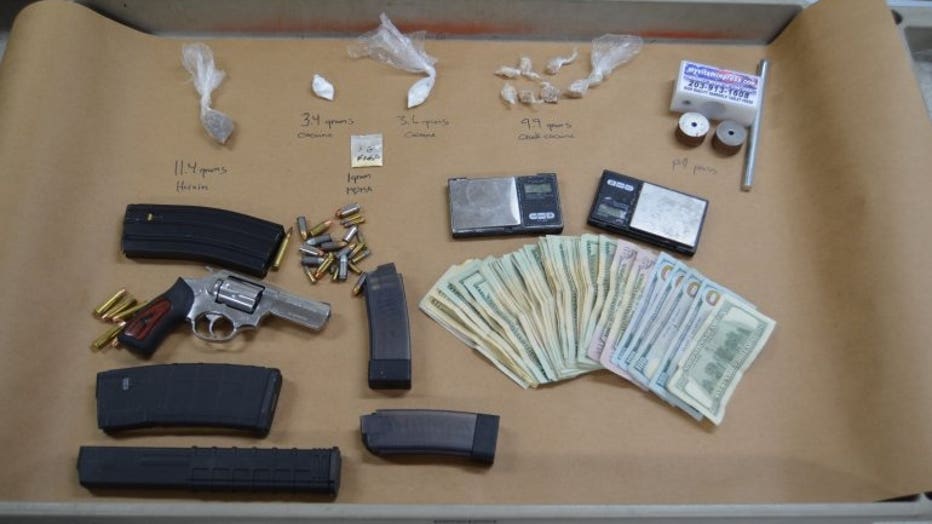 Records check on the serial number for the handgun revealed it was stolen out of Kenosha County.

The man is a convicted felon and is on State Probation for felony fleeing and eluding. He also has felony warrants from probation parole for absconding since October 2018 and a felony warrant for uttering from Kenosha County.

Prior to the K-9 handler bringing the K-9 into the residence to assist in the search, the handler will routinely ask the occupants of the residence if there are any drugs, such as fentanyl in the residence that will harm the K-9. When the man was asked, he replied, “expletive” you and your dog, I don’t give an “expletive” if the dog dies.

The man was transported to the Racine County Jail for the following charges: