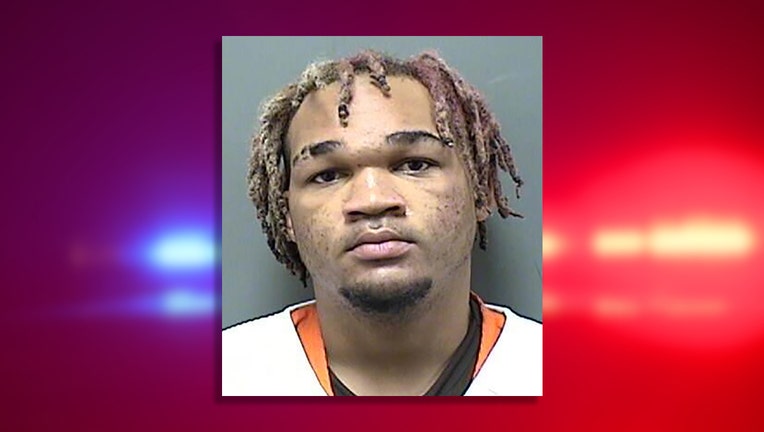 RACINE, Wis. - A 22-year-old Racine man is charged in connection to a June 11 hit-and-run.

According to a criminal complaint, Racine police arrived at the reported hit-and-run scene and found the victim laying on the street. A criminal complaint states she had contusions and scrapes on the right side of her forehead and her right cheek. She was taken to the hospital for treatment.

A witness told officers, the complaint states, that the victim was crossing the street in the crosswalk when a white sedan hit her. The witness said the victim slid across the hod and went airborne over the windshield, tumbling in mid-air before falling to the street. Surveillance video corroborated the witness' account.

Police later found the suspect vehicle and driver – since identified as Thurman. Thurman admitted that he was driving during the hit-and-run. He also admitted to smoking marijuana roughly three hours prior to the incident. Officers also found an open vodka bottle in the car.

Thurman is scheduled for a preliminary hearing on June 30.