Nearly 50 felony charges have been filed against Lamarion Blair, one of two people arrested in connection with the June 2 Racine Graceland Cemetery shooting prosecutors say stemmed from a gang dispute involving a homicide.

RACINE, Wis. - Nearly 50 felony charges have been filed against one of two people arrested in connection with the June 2 Racine Graceland Cemetery shooting prosecutors say stemmed from a gang dispute involving a homicide.

During the shooting, "several mourners were struck by gunfire, and two of them had to undergo surgery due to being shot," according to prosecutors. Racine police initially said two women were shot and taken to the hospital. A 19-year-old was treated and released, and a 35-year-old was airlifted to a hospital in Milwaukee where she had surgery for her injuries, police said.

Lamarion Blair, 19, of Racine faces 23 counts of first-degree recklessly endangering safety, one count of possession of a firearm by an adjudicated delinquent of a felony and 25 counts of felony bail jumping. Police initially said Blair was arrested along with a 16-year-old boy who was also expected to face numerous charges in the case. 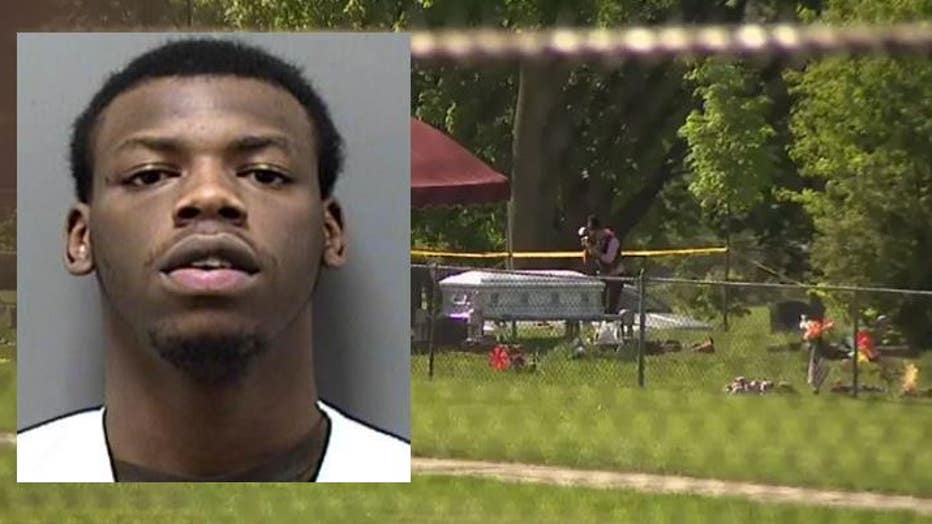 Mourners at the Graceland Cemetery were paying tribute to Da'Shontay King, described in the criminal complaint as a "known 12th Street Gangster Disciple gang member." Blair and the 16-year-old are accused of shooting at King's funeral and then shooting a short time later near Thurston and Wright.

According to prosecutors, the cemetery shooting stemmed from a gang dispute, and at least one of the weapons used was involved in other shootings in the Racine area.

Witnesses told investigators the cemetery shooters were in a black Chevy Equinox, listed to Blair's girlfriend. According to investigators, .40 caliber casings were found near the cemetery shooting scene, and 5.56 rifle casings were found on the front porch of a nearby home on Wright Avenue. That home, according to the complaint, is "affiliated with the Northside For Life (N.F.L.) street gang, an offshoot of the Vice Lords street gang."

The Equinox was found parked with "fresh gunshot damage" on Quincy Avenue across the street from the alleged "gang house" on Wright Avenue. Prosecutors say there were rifle casings inside, and an investigation revealed those casings matched the casings from the cemetery shooting and those found on the porch at the Wright Avenue home. Prosecutors said they also matched weapons "used in other shooting incidents after June 2."

According to prosecutors, Blair's fingerprints were found in the vehicle, along with those of a second individual named in the criminal complaint but not formally charged, online court records show. According to prosecutors, this second person is affiliated with Blair and the NFL street gang. Again, police initially said a 16-year-old was expected to be charged for this crime in addition to Blair. 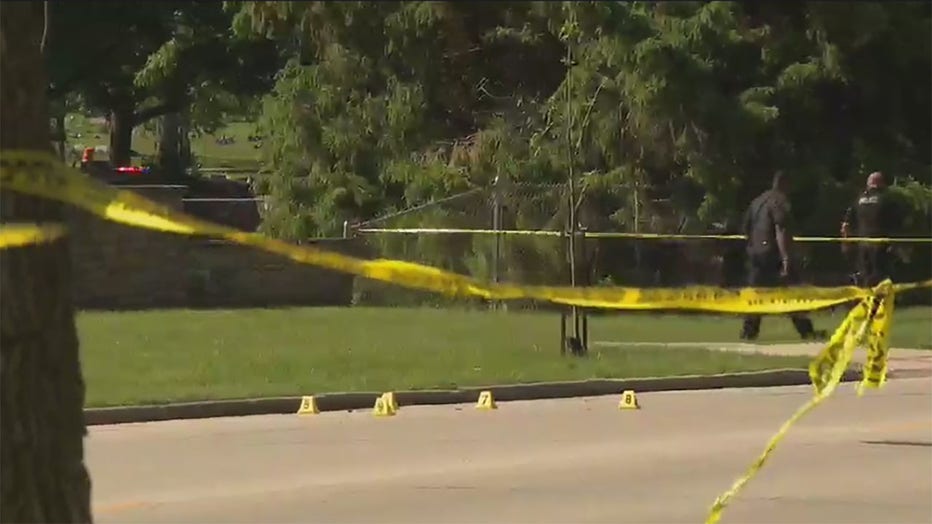 Witnesses and video evidence led investigators to determine that two vehicles affiliated with the group from the King burial at the cemetery were involved in a shootout with people in the Equinox.

The "infotainment center" in the Equinox showed it was in the area near the cemetery when the shots were fired and traveled quickly to the area of Wright Avenue and then to Quincy, where it was parked across the street from the alleged Wright Street gang home.

According to prosecutors, surveillance showed Blair hiding in a yard nearby on Thurston Avenue after the shooting.

Investigators spoke with him in Vegas, where he stated that he "heard his name was mentioned as being involved in Graceland shooting." According to the complaint, he denied being in the Equinox but later changed his story. He said he was visiting family and admitted to being in the backyard on Thurston after the shots were fired, where he was caught on camera. However, he denied having anything to do with the Graceland shooting. When confronted, he told investigators he "didn't shoot no gun." He said an acquaintance was on the porch of the Wright Avenue home when vehicles from the funeral showed up and "boom, boom." He said he then ran and hid on Thurston.

While he admitted he was in the Equinox, prosecutors say he said he didn't know how the casings got there, and he later said he was only in the car to get his phone. 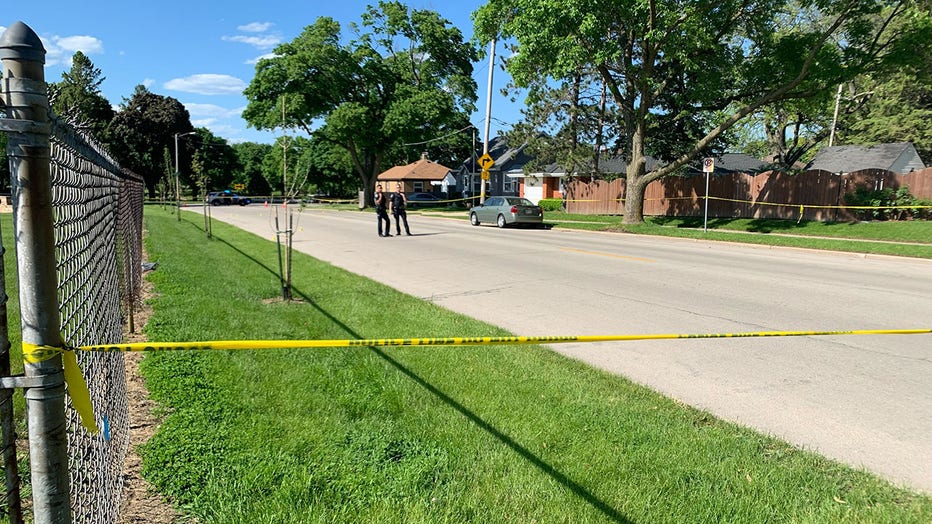 The second person named in the complaint was arrested June 26 with another person not named in the complaint. According to prosecutors, two guns were recovered during the arrests, and an investigation revealed both were used "in some of the same shooting incidents as the rifle in the Graceland shooting." Vehicles used in those shootings were found near this named person's home on Blake Avenue, and rifle casings were found in one of those vehicles matching the Graceland casings. A search warrant was executed on the individual's home, revealing a rifle involved in "various shootings around the Greater Racine area, including Graceland and Wright Avenue."

In their investigation, it was determined the Graceland shooting was a result of a feud between the NFL street gang and the Dirty P street gang over the shooting death of the first cousin of the individual named in Blair's complaint.