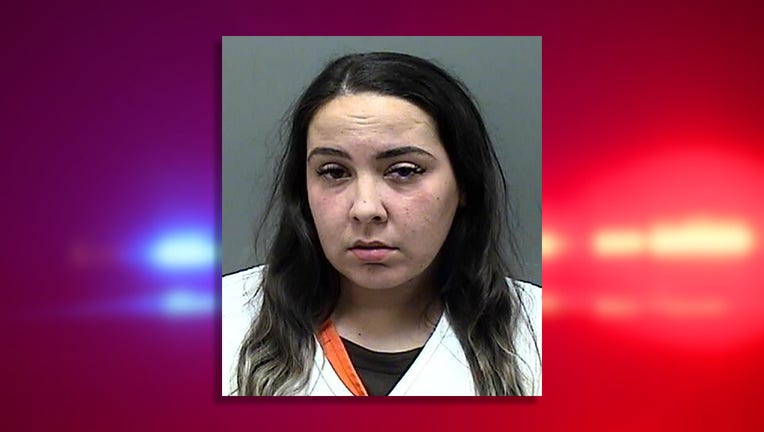 RACINE, Wis. - A 30-year-old Racine woman is charged with nine total counts in connection to a Racine County rollover crash that happened May 17.

Racine police were called to the two-vehicle crash near Chicago and Kinzie around 5:30 p.m. on May 17. When officers arrived, it was determined Garcia's vehicle was headed westbound but ended up in the eastbound lanes as a result of the collision.

A witness who helped flip Garcia's rolled-over vehicle upright told police that she and a young girl – since identified as Garcia's 5-year-old daughter – were inside. The witness said the child was in the front seat of the car. A criminal complaint states there was no child safety seat in the front seat. The 5-year-old was taken to the hospital for treatment.

When police spoke to Garcia at the scene, she said her daughter was not in the car – deemed to be untrue, the complaint states. She also told officers, according to the complaint, that her driver's license was in the car; it was later found on her person.

At the Racine County Jail, the complaint states, Garcia submitted a breathalyzer test that tested positive for a .250 BAC – just over three times the legal limit. A legal blood draw was also obtained.

It's not the first time Garcia has been charged in connection to a crash.

A criminal complaint states Garcia was charged with operating while suspended causing great bodily harm in 2018. At the time, she had three passengers – including two children – in the car when she pulled out in front of another vehicle. One of the child victims was Garcia's daughter – the same daughter that was involved in the May 17 crash. The driver of the other vehicle involved was seriously injured and taken to the hospital via Flight for Life. Garcia was later released on bond.

In 2020, the complaint states, Garcia again appeared in court for a battery and disorderly conduct incident, as well as bail jumping. She was again released on bond.

Garcia is charged with:

A preliminary hearing in the case is scheduled for May 27.

A crash in Racine leaves two children and two adults injured. The driver of a vehicle involved is arrested – and police suspect alcohol to be involved.

Kwavaesha Alderson, 28, of Milwaukee has been charged after her 2-year-old son got hold of a gun, shooting himself.