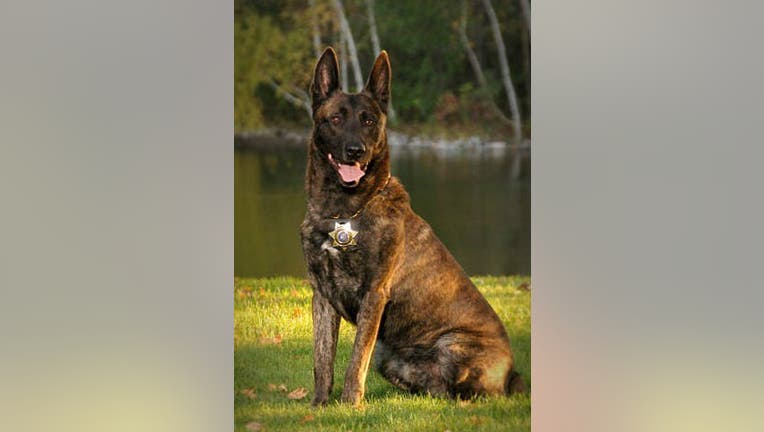 During K-9 Gingiss’ career he was responsible for the capture of more than 30 suspects wanted for crimes ranging from Domestic Abuse to Attempted Homicide.  K-9 Gingiss was also responsible for the peaceful surrender of several suspects, who after seeing the dog, ended their standoff with Law Enforcement – the most notable being Sean Riker in Wind Lake.

K-9 Gingiss has assisted numerous Law Enforcement Agencies in performing search warrants for narcotics where he was responsible for locating narcotics or monies from the sale of narcotics that would have gone undetected.  K-9 Gingiss also performed numerous demonstrations for schools and civic organizations throughout Racine County exposing more than 30,000 people to his abilities.  Most importantly, Gingiss provided protection to his handlers.

At this time in his career K-9 Gingiss was finishing his last year as a patrol dog and was getting ready to settle into the role of a family dog, where he could enjoy the comfort of his backyard and the joy of his family.

The Racine County Sheriff's Office will begin the process of raising funds to replace Gingiss the very near future.