One person was taken to the hospital Tuesday night, Nov. 29 following a shooting at the Kwik Trip on East Frontage Road in Racine County.

MOUNT PLEASANT, Wis. - One person was taken to the hospital Tuesday night, Nov. 29 following a shooting in the parking lot of the Kwik Trip on East Frontage Road in Racine County. Mount Plesant police were called to the scene shortly before 11 p.m. for the report of shots fired. Approximately 10 shots were heard.

Both Mount Pleasant Police Department and Racine County Sheriff’s Department arrived on-scene and conducted a search of the area and located a scene with approximately 15 spent shell casings directly in front of Kwik Trip. Investigation of the scene revealed that a 9mm weapon was used in the incident. The 9mm spent shell casings were recovered by a Mount Pleasant Evidence Technician Officer at the scene.

Upon further investigation, officers learned that both the suspect and victim, who were in two separate vehicles, entered the Kwik Trip lot, parked, exited their vehicles and appeared to be having a verbal altercation, according to witnesses. The suspect pulled a handgun and began shooting towards the victim. 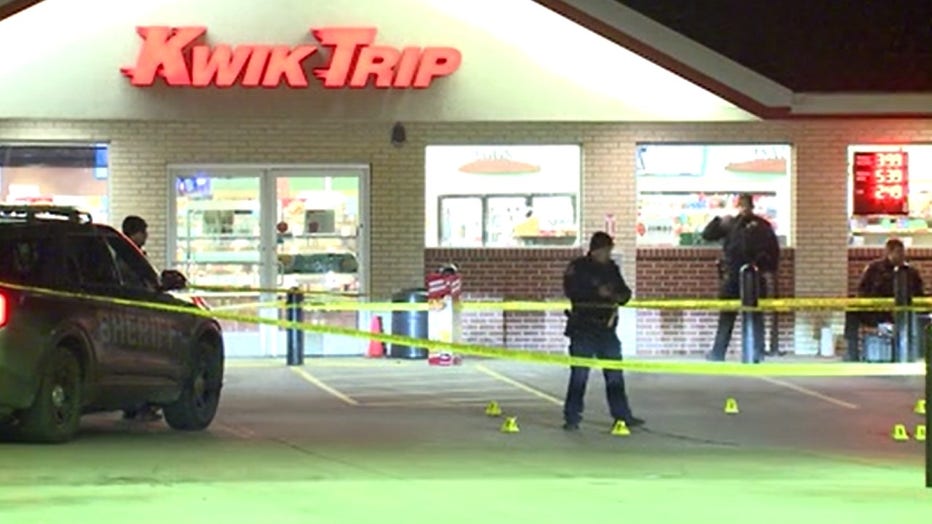 The victim, a 28-year-old man from Kenosha, suffered gunshot wounds to both legs. He remains in stable condition with non-life threatening injuries. The victim was located at Froedtert Pleasant Prairie Hospital.

Also struck during the shooting was a single vehicle in Racine Toyota’s Dealership lot along with a window at Burger King – both businesses are located north of Kwik Trip.

Witnesses described the shooter's vehicle as a black Toyota SUV

During the course of the investigation, it is believed this was an isolated road rage incident and there is no danger to the public.

There are no suspects in custody at this time.