RACINE COUNTY, Wis. - Racine County deputies were called to the Village of Yorkville for a report of a hit-and-run crash with a pedestrian injured. The crash happened near 200th Avenue and County Line Road around 6:30 p.m.

Deputies arrived on the scene and found a pedestrian near the shoulder of the roadway being cared for by a passing motorist. The pedestrian, a 36-year-old woman from Kenosha County, suffered serious injuries. 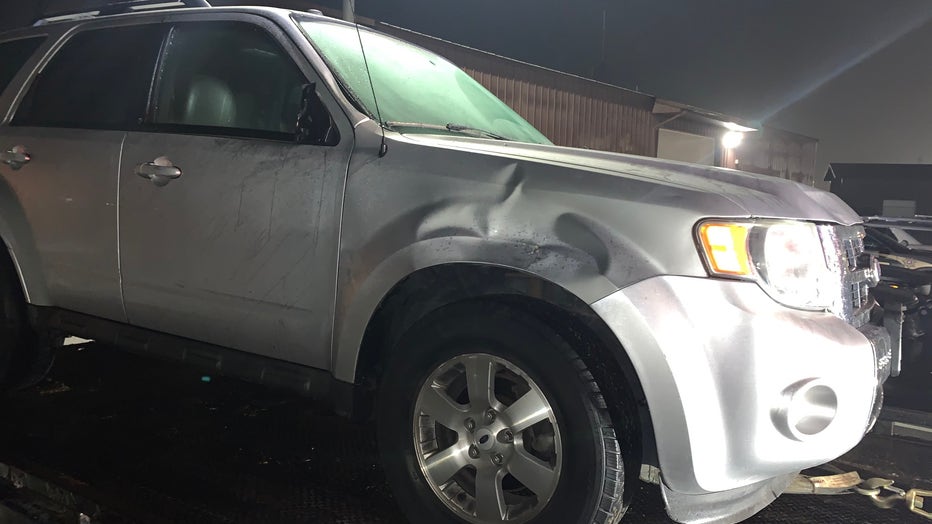 Deputies responded to this residence and spoke to Josh T. Hanson, 34 years old of Racine County who admitted to hitting the pedestrian. Hanson was arrested without incident. He is held at the Racine County Jail on the following charges: