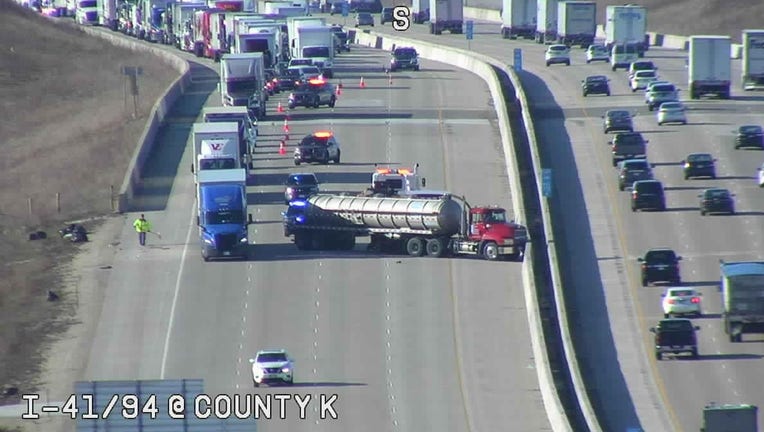 RACINE COUNTY, Wis. - The State Patrol responded to a crash that involved a semi tractor trailer and a Hyundai Elantra on I-94 northbound south of Highway K in Racine County Thursday morning, April 14.

According to officials, the driver of the Elantra lost control and the semi attempted to avoid the collision. The semi then crashed into the median wall blocking three northbound lanes of traffic.

The Elantra ended up under the semi-trailer. There are unknown injuries to the driver of the Elantra.

The crash is under investigation.

Court records detail three Milwaukee airport car thefts between March 10 and March 17 – two Ram pickups and one Grand Cherokee.  Data shows two of the stolen vehicles left the parking structure within one minute of each other.

A Wauwatosa family is need of some help after a fire tore through their home. The mother and kids were unharmed, but the father was badly burned.