RACINE COUNTY, Wis. - While Racine County Sheriff's deputies responded to a crash involving a car and a semi on southbound I-41 near Highway 20 Saturday, Jan. 2, a passing vehicle spun out and struck the squad car, a release said. 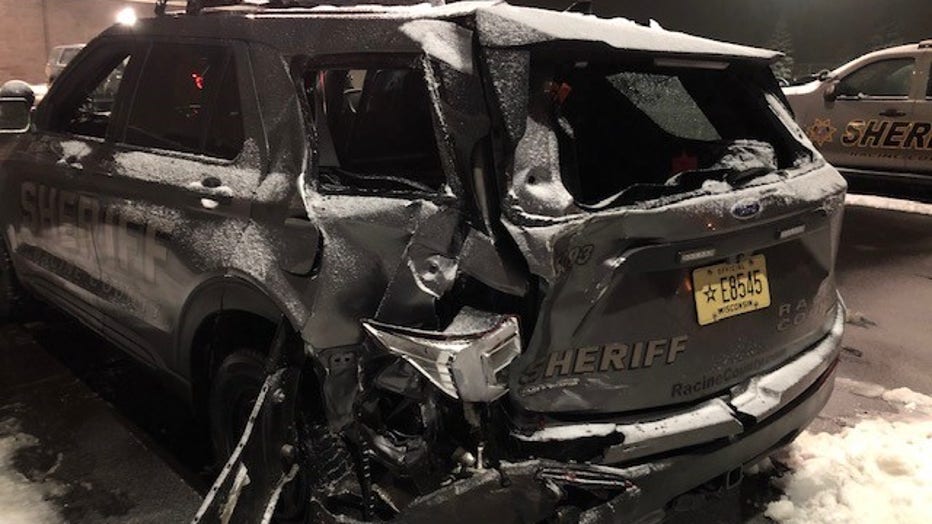 The 27-year-old driver from Racine was not injured. Speed was said to be a factor in the crash.

Deputies also responded to an injury accident in the same area. Another vehicle spun out and struck the median. Two people were transported to local hospitals with non-life-threatening injuries. Due to the accidents and icy conditions, the southbound lanes of the intestate were shut down for approximately three hours.

While the interstate was shut down, another vehicle, driven by a 37-year-old man from South Carolina, attempted to drive around the deputies blocking traffic. He was arrested for OWI.

Prior to his death in the blast, the man who detonated a Christmas Day bomb had sent people materials about his views, federal investigators said.