RACINE COUNTY -- A Racine County Sheriff's Deputy on patrol early Sunday, September 18th arrested three people after an incident at the Dover Food Mart in the Town of Dover.

Officials say around 2:45 a.m., the deputy noticed a truck parked in an unusual spot at the food mart. The deputy approached the vehicle and made contact with the two people inside the vehicle. The two told the deputy they had pulled into the lot as the passenger felt he was going to get sick. After a short time, the deputy released the two people and left the scene.

As the deputy drove northbound, he saw a person hiding along a fence line. He stopped the squad and directed the subject to come to him. The subject was curled up on his side with his hands hidden from view. The deputy ordered him to show him his hands, which the subject refused. 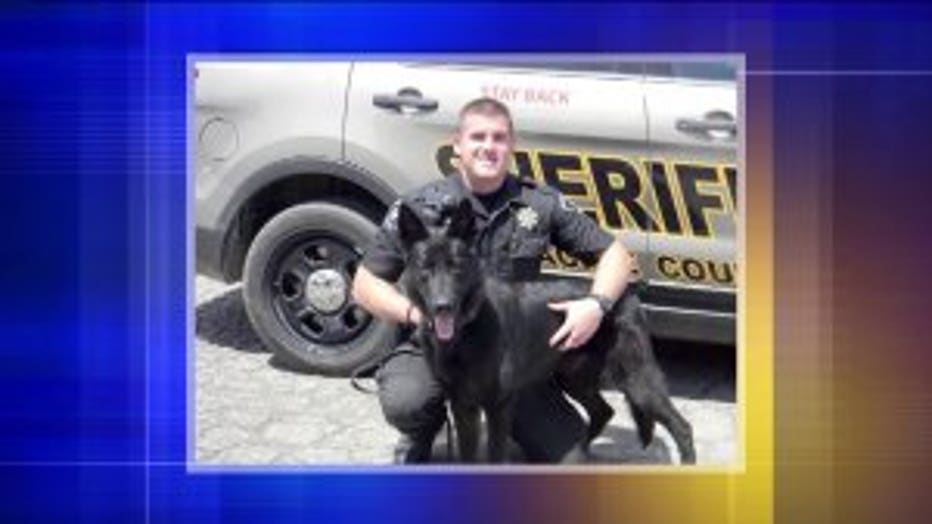 A K9 deputy then arrived on scene with his K9 partner Nox. They joined the first deputy in telling the subject to show them his hands. Officials say the subject then rolled over and reached for a large black nylon case similar to what law enforcement uses for duty belt equipment. Both deputies believed it was a holster.

At this time, the K9 deputy released K9 Nox. Nox then rushed forward apprehending the subject by biting his right arm. The subject was then taken into custody -- and treated by Kansasville Rescue.