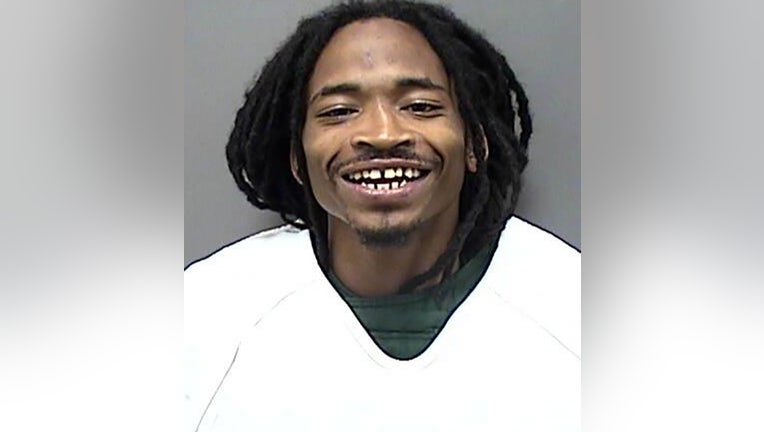 RACINE, Wis. - A 28-year-old Chicago man faces multiple charges for allegedly breaking into a Racine business – and stealing cash and a truck. The accused is Terrance Hobson – and he faces the following criminal counts:

According to the criminal complaint, police were dispatched to AC Auto Body and Repair on S. Memorial Drive in Racine on Monday, June 14 for a report of a burglary. The owner of the business told police her offices in the building were "completely ransacked" and there was surveillance video of what happened.

The complaint indicates the video shows the suspect "smashing the window on a door into AC Auto Body, reaching into the door to unlock it, and entering the building." The suspect then ransacked two offices and took a "large sum of money," the complaint says. The surveillance footage showed the entire incident happened between 4:38 a.m. and 5:41 a.m. on Monday.

The owner of the shop indicated in addition to cash being stolen, the suspect made off with "several items, and a vehicle that was being repaired at the business."

Several hours later, the complaint indicates Racine police were dispatched to a gas station on Lathrop -- where a male approached a woman and "openly stated he just stole a truck and offered her the vehicle in case she needed a car to drive." The complaint says the woman took down the plate of the vehicle -- and the male drove away. The woman also told police the man "was handing out money to people in the parking lot."

Later that same afternoon, an officer was sent to a residence on College Avenue in Racine. The complaint indicates there was a 911 hangup -- and that dispatch "could hear a lot of yelling and screaming in the background before the call hung up." When the officer arrived on the scene, he observed Hobson standing next to the truck stolen from the auto body shop. He was taken into custody without incident. The officer noted Hobson "was loud, aggressive, and making statements that did not make sense."

The officer then spoke with witnesses at the College Avenue scene -- and learned Hobson had been "threatening to hit, beat up, and kill" the witness and one other person. The complaint says Hobson "got a golf club out of the back of the (stolen truck) and began swinging it" as if he was going to hit her.

Investigators conducted a search of the stolen truck. The complaint says they found drug paraphernalia and "a green leafy substance that appeared to be marijuana."

Hobson made his initial appearance in Racine County court on Wednesday, June 16. Cash bond was set at $5,000 -- and he is due back in court for a preliminary hearing on June 23.