“Quite a short, violent storm:” EF0 tornado touched down near Germantown Monday

"Quite a short, violent storm:" EF0 tornado touched down near Germantown Monday

GERMANTOWN -- The National Weather Service confirms there was a tornado near Germantown on Monday, August 10th --  and it came with very little warning. 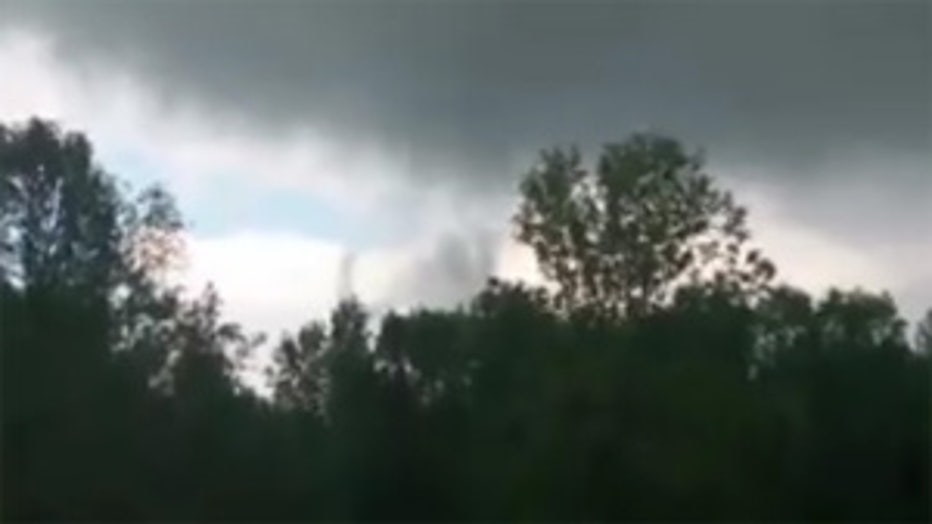 An EF0 tornado occurred about three miles northeast of Germantown around 2:12 p.m. It ended just a few minutes later, around 2:15 p.m. It appears to have been about 50 feet wide.

"All of a sudden, the wind picked up and it just blew for awhile. Then the rain came in sheets, just constant sheets. It was quite a short, violent storm," said John Bellin, a resident of Germantown.

The National Weather Service didn't issue a tornado warning because they didn't get the reports until hours later.

"Getting reports of severe weather in real time can help us make those decisions, but we didn`t have that at the time and, from what we were seeing on radar, it wasn't that strong of a rotation," said NWS Warning Coordination Meteorologist Tim Halbach.

No damage or injuries were reported.

Based on witness reports, their survey and video, the National Weather Service categorized the tornado as an EF0.

"We try to compare it to some of the background that we are seeing from it," said Halbach.

The National Weather Service says tornadoes happen each year in southeastern Wisconsin. So it is important to always be prepared and know where to seek shelter.

The National Weather Service wants you to report damage to them via social media -- whether you're a trained storm spotter or not.

Anna-Lee Nemchek shot the video below at roughly 2:15 p.m. in the Germantown area.