LONDON — Britain is marking the 70th wedding anniversary of Queen Elizabeth II and her husband Prince Philip with a peal of bells, a set of portraits and some commemorative stamps.

The then-Princess Elizabeth married naval Lt. Philip Mountbatten at Westminster Abbey on Nov. 20, 1947. Now 91, she is the first British monarch to reach a platinum anniversary. 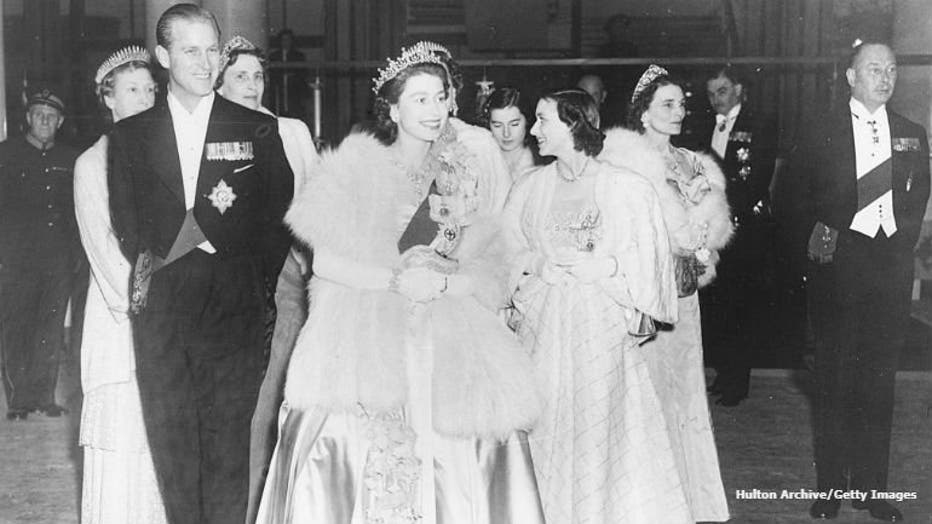 HM Queen Elizabeth II and Prince Philip, the Duke of Edinburgh, wearing formal dress as they attend a concert at Festival Hall, London, May 1951. (Photo by Hulton Archive/Getty Images)

The royal family is reportedly holding a gathering at Windsor Castle to celebrate Monday's anniversary.

Buckingham Palace marked the occasion by releasing several new portraits of the couple, taken in the White Drawing Room at Windsor Castle by photographer Matt Holyoak.

The Royal Mail has issued a series of commemorative stamps. And at Westminster Abbey, bell-ringers will sound a full celebratory peal — lasting more than three hours — in tribute.