GEORGETOWN, Kentucky -- A puppy was rescued after being dumped into a creek inside a bag filled with rocks. It happened near Sadieville, Kentucky on Tuesday, Dec. 11.

According to the Scott County Animal Shelter, two caring men found the wet, freezing dog and saved her.

Animal officials say someone put the Australian Shep or Border Collie inside a trash bag, and then inside another bag with three large rocks inside.

According to the shelter, the pup wiggled her head out of the bag and it was the only thing sticking out of the partially-frozen creek. The shelter says the bag was wedged under some ice, so it was likely "tossed over" into the creek.

The dog was taken to the vet and made it back to the Scott County Animal Shelter, where they believe she'll make a full recovery. She'll be watched for several days to make sure. 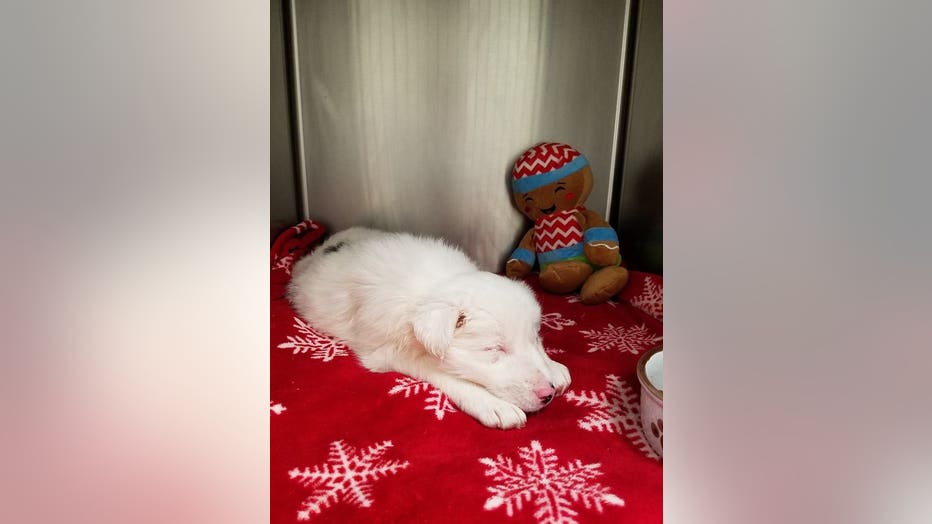 The shelter says the dog is not currently available for adoption but watch for updates on their Facebook page.

If you have information relating to the incident, you're encouraged to call the Scott County Animal Shelter at 502-863-7897.