MILWAUKEE (WITI) -- Bad breakups can now mean more than just hurt feelings. They often lead to a lifetime of regret when a vengeful ex uploads a private moment online.

So before you take another sexy "selfie," you might want to think twice.

"I was so angry," says an Ozaukee County woman who found explicit images of herself posted on MyEx.com. All of a sudden you realize it's there and you can't do anything about it."

The nude photos of her were posted along with her real name, her address, and a link to her Facebook account. The person who posted the photos called her "the town whore."

She's thinking about changing her name.

"You feel completely hopeless, trapped and exposed. It is a terrible feeling," she says.

Many of the victims on MyEx.com are women from Wisconsin.

But prosecutors admit there's not much they can do, because posting vengeful photos isn't illegal -- at least, not yet. 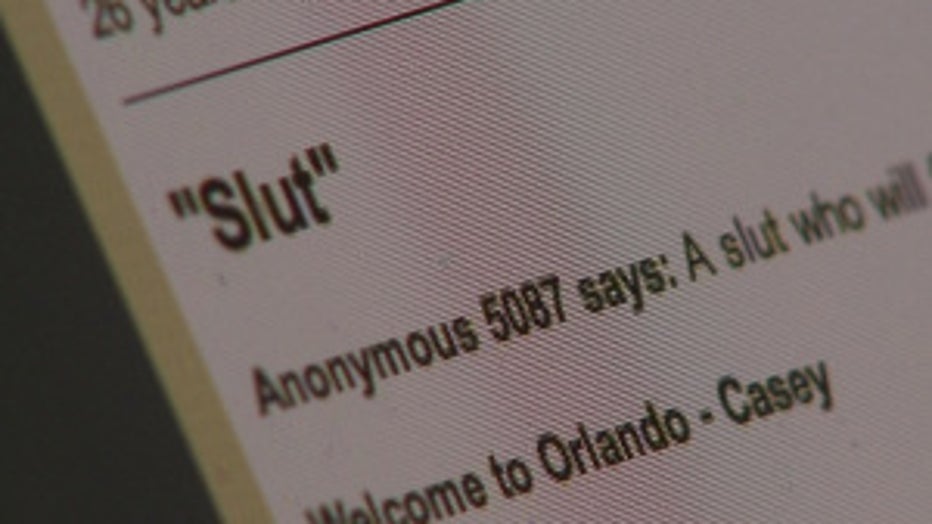 But some say the Wisconsin law, as proposed, doesn't go far enough. It doesn't address taking the photos off the Internet.

"To delete them from the Internet is nearly impossible," Karshen says.

"The reality is once it's let out, once the bell is rung on the Internet it's going to be there for a long time," says Matt Stippich, president of Digital Intelligence.

Many of the revenge websites demand money to get images or names removed. Our victim says the site required $499.99 to remove her name -- but that might not even get her photos taken down.

So we took her case to Matt Stippich, a computer forensics expert. His company, Digital Intelligence, trains Milwaukee police on how to investigate cyber crimes. We wanted to know: Could he get the photos removed? Could he tell us who posted them?

"Because of the way that they are displaying these, there's no other information available on these pictures. We've looked at the ones that are here, and there just isn't," he explains.

On MyEx.com, the photos are scrubbed before they're posted online. Information like where they were taken and when they were uploaded is removed by the website.

"It's a real good lesson for anybody with a camera or a smartphone to think twice before they either take the full-bodied selfie or pose for one with somebody, because you know, love doesn't last forever," Stippich says.

If images have been posted online without your consent, try sending take-down notices to Google and other search engines. You might also try joining more positive websites, so the naked photos aren't the first thing people see when they search for you online.

If you took the photo yourself, you should register it with the Copyright Office. Once you get the copyright, you can send a take-down notice to the website that posted the images. There are also websites, like InternetReputation.com that can help you do these things for a nominal fee.