MILWAUKEE -- Milwaukee County and MCTS will hold two public meetings this week to get input on the Bus Rapid Transit (BRT) Feasibility Study. The study is examining the addition of "bus rapid transit" service to better connect people to jobs, school, medical appointments and other opportunities the East-West Corridor between downtown Milwaukee and the Milwaukee Regional Medical Center in Wauwatosa.

Employment and Activities in the East-West Corridor

The East-West Corridor has long been recognized as the most heavily congested corridor in the Milwaukee area. Bus rapid transit service would better connect riders while also taking cars off the road and easing congestion in neighborhoods.

MCTS currently gives more than 50,000 rides a week to people in the East-West Corridor - that’s 2.6 million rides a year. If BRT increases ridership just 30% (a very conservative estimate based on experiences from other cities), that’s another 15,000 rides a week, or nearly 800,000 more rides a year.

In advance of the meetings, the corridor map has been updated to remove a section of Wisconsin Avenue from 55th street to 89th. Planners determined the road did not fit the need of the project, including space requirements. 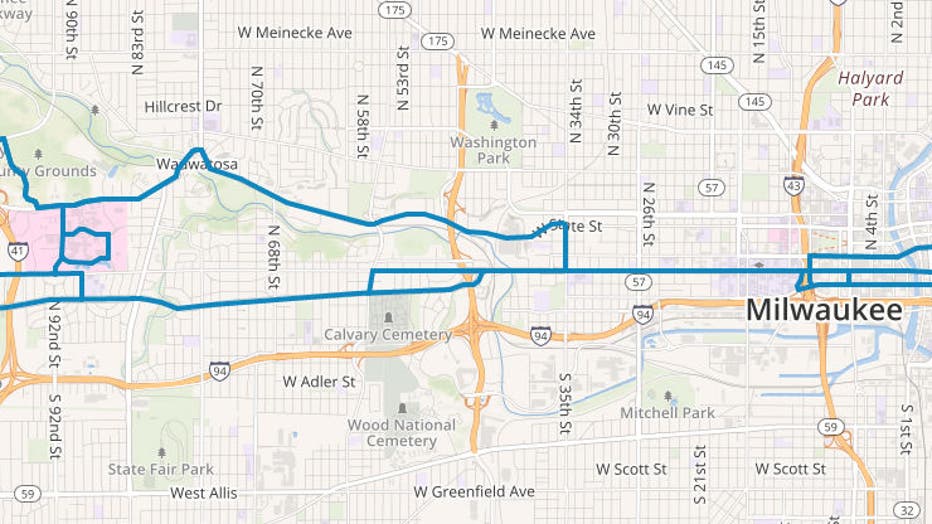 For more information about the study and some Frequently Asked Questions visit, EastWestBRT.com.