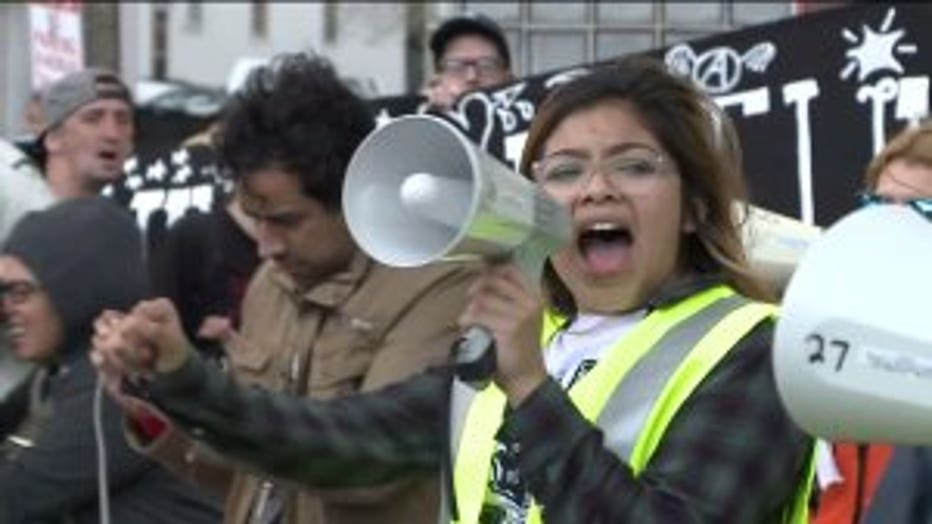 Some of the protesters say it is not enough that voters remove Sheriff Clarke from office -- or that the governor remove him. They want him indicted and convicted over the deaths in the Milwaukee County Jail last year.

SKYFOX was above the march as demonstrators moved from the Walker's Point neighborhood on the city's south side to the Milwaukee County Courthouse downtown.

The march took about 30 to 40 minutes to make that walk. It is the same path that protesters took in February for a similar March over immigration policy. 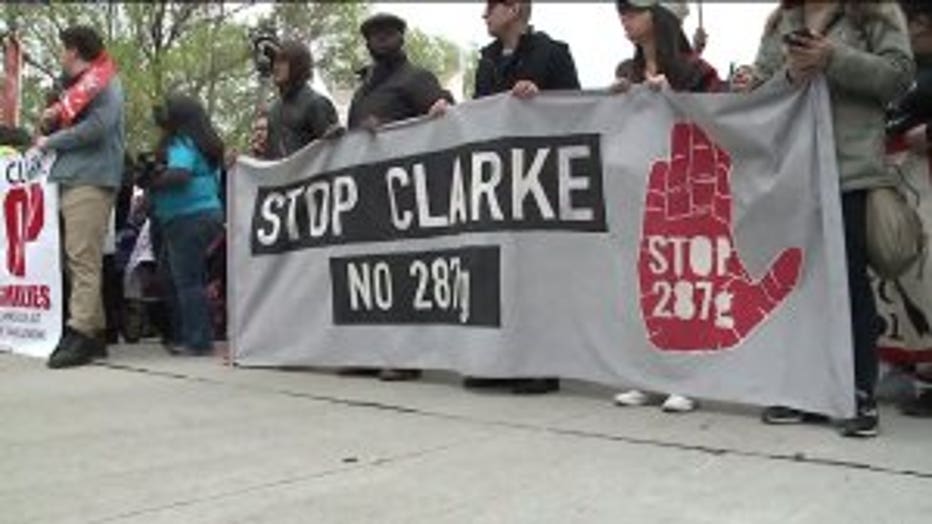 Joining in on Monday were Dan Black, the man who filed a harassment complaint against Sheriff Clarke over an incident at the airport in January.

"How did Sheriff Clarke respond? He posted a death threat on Facebook for me! A death threat!" exclaimed Black.

Also among the crowds was the lawyer for the family of Terrill Thomas, who died in the Milwaukee County Jail after prosecutors say he went without water for seven days.

"Sheriff Clarke is in charge of that jail and the operations in that jail. We believe that Clarke is responsible and he should take the fall," said Jacob Flom, Milwaukee Coalition Against Trump.

Demonstrators were also upset that Sheriff Clarke is seeking a role in enforcing federal immigration laws under the 287G program. Some of the people at the march were Mexican immigrants.

"It's actually my second time being out here. I'm really proud to be here and fight for my people's rights," said Leslye Baez, who attends Concordia University.

The protest came to an abrupt end. Heavy rains sent people scrambling for cover -- and most left the courthouse grounds quickly around 1:30 p.m. 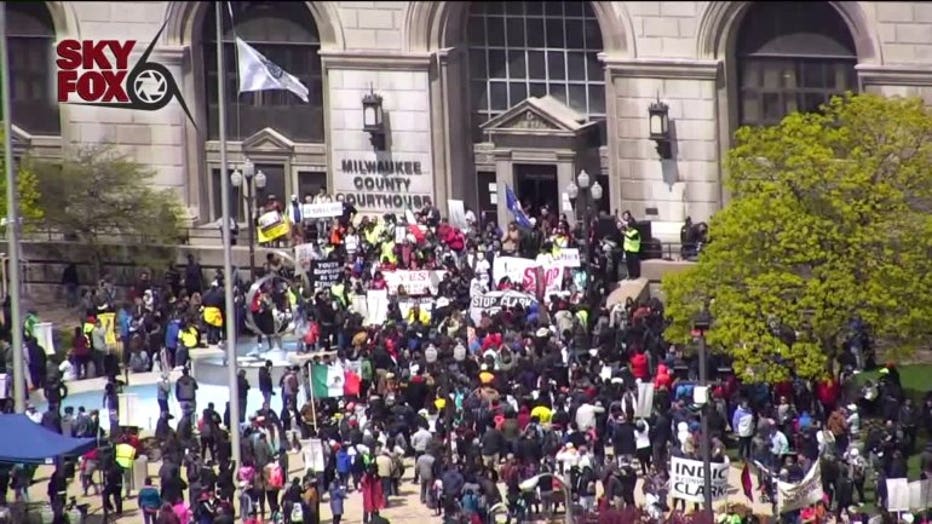