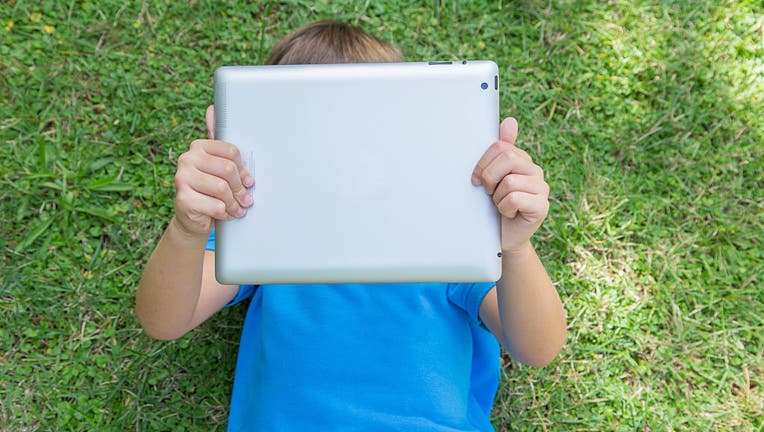 Kid laying on the backyard house watching cartoons with iPad tablet with view from above. (Source: Getty Images)

Early intervention is crucial to helping an autistic child overcome their condition and a new study funded by the National Institutes of Health (NIH) found a mobile app that could make early diagnosis easier.

The app successfully distinguished between autistic and neurotypical toddlers based on their eye movements while watching videos showing social interaction.

Autism, which is a bio-neurological developmental disability that presents itself with a spectrum of symptoms with varying severity, is commonly found in children with delayed development of social skills.

Those on the spectrum are often uncomfortable making eye contact, struggle to understand a person’s tone and have a hard time recognizing facial expressions.

The study involved 933 toddlers between 16 and 18 months old. Forty of them were later diagnosed with autism.

A dad and son with autism collaborated on comic book series to help the son better understand the world.

Researchers showed them videos of people smiling, making eye contact and engaging in conversation. They then recorded the children’s gaze patterns with the mobile device’s camera, then measured them using computer vision and machine learning analysis.

The data showed the autistic participants were much less likely to focus on social cues and visually track conversations in the videos than the neurotypical children.

Pending the outcome of larger studies, this eye-tracking app could become a useful tool in identifying autism in young children.

This type of diagnosing isn’t new. The technology to screen a child’s eye movement to make an autism diagnosis already exists.

RELATED: ‘Take a chance on me’: 20-year-old with autism posts letter on LinkedIn to future employers

But it’s expensive and requires specially trained personnel to operate and is often confined to laboratory settings.

The U.S. Centers for Disease Control and Prevention (CDC) says autism can be detected at 18 months or younger. And by age 2, the diagnosis can be considered more reliable.

Even so, research published in the Journal of the American Academy of Child and Adolescent Psychiatry suggested some autistic children don’t show traits of the disorder until age 5 or later.

This story was reported from Atlanta. FOX News contributed.