MILWAUKEE -- Protesters marched for hours in Milwaukee County on Thursday, June 11 -- the 14th straight day of protests following the death of George Floyd.

A group of protesters started at McGovern Park at 3 p.m. and marched peacefully north on 60th into Brown Deer. Many chanted “black lives matter” and “I can't breathe.”

The group took a picture outside of the Brown Deer Police Department and then around 10:15 p.m. walked back to McGovern park Thursday night. Organizers said they came north because they hadn’t demonstrated in that direction yet. 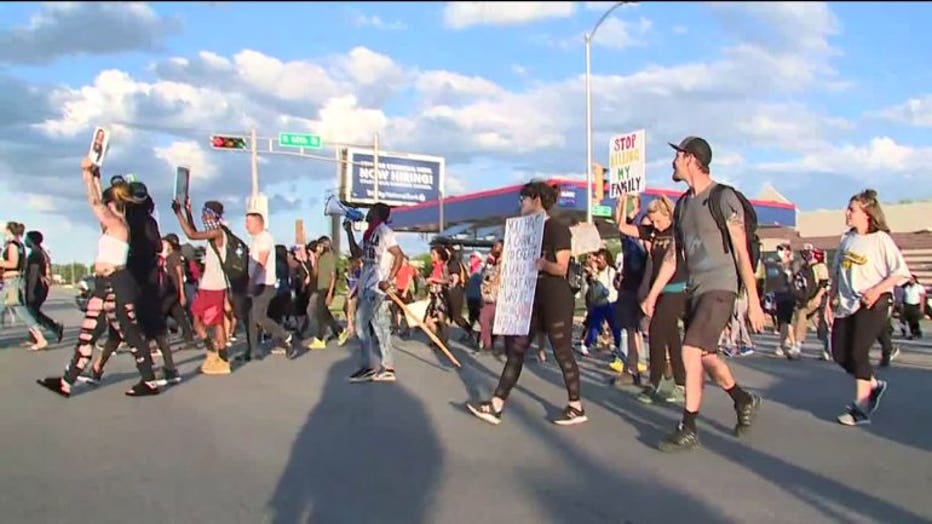