Protesters storm into media room ahead of debate

Protesters storm into media room ahead of debate

MILWAUKEE -- Democratic presidential candidates Hillary Clinton and Bernie Sanders went head-to-head on the campus of the University of Wisconsin-Milwaukee, which hosted a debate on Thursday, February 11th. The debate took place just days after Sanders declared victory in the first-in-the-nation primary in New Hampshire. 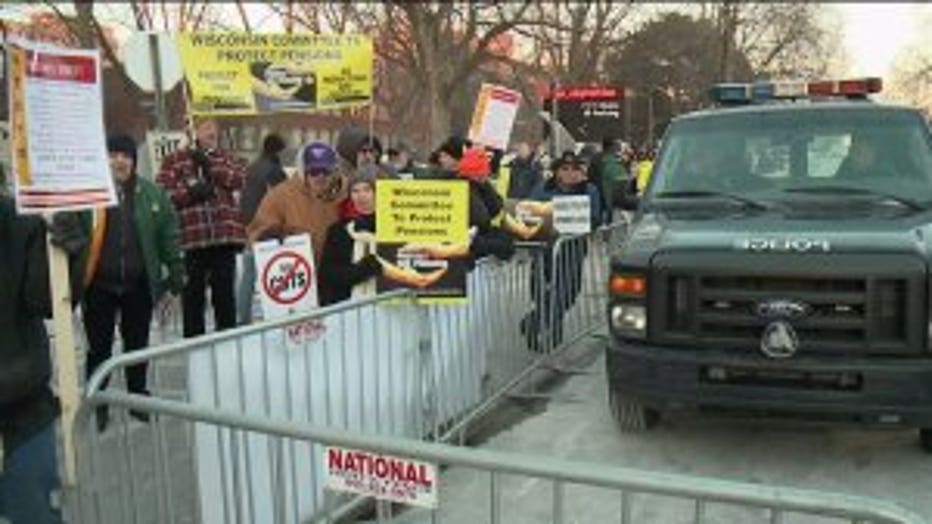 There was a strong police presence all day on Thursday on the UWM campus leading up to the debate at the Helen Bader Concert Hall. 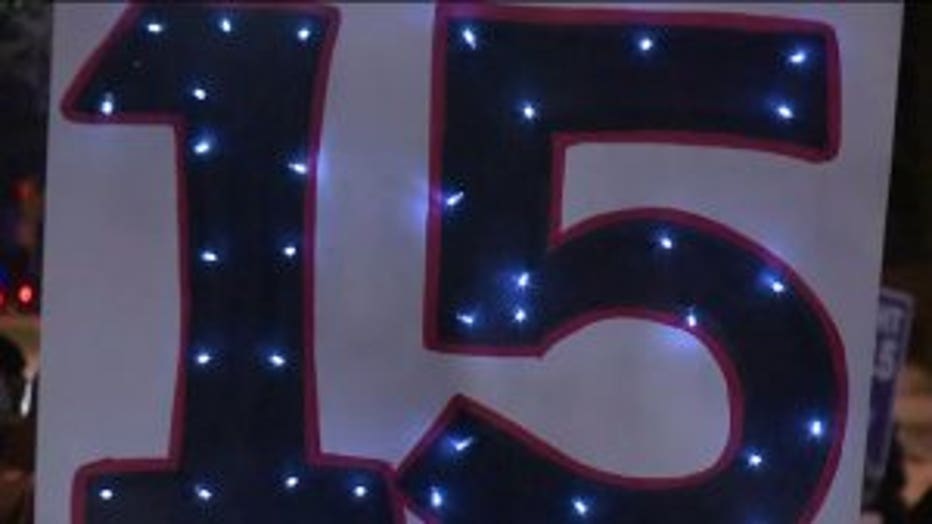 Protesters, mainly with the group "Fight for $15" took their message to the streets outside the debate. They also brought that message inside -- in front of local and national media gathered for the debate.

Their voices spilled into UWM's Student Union as they stormed into the media room across the street from the Helen Bader Concert Hall. 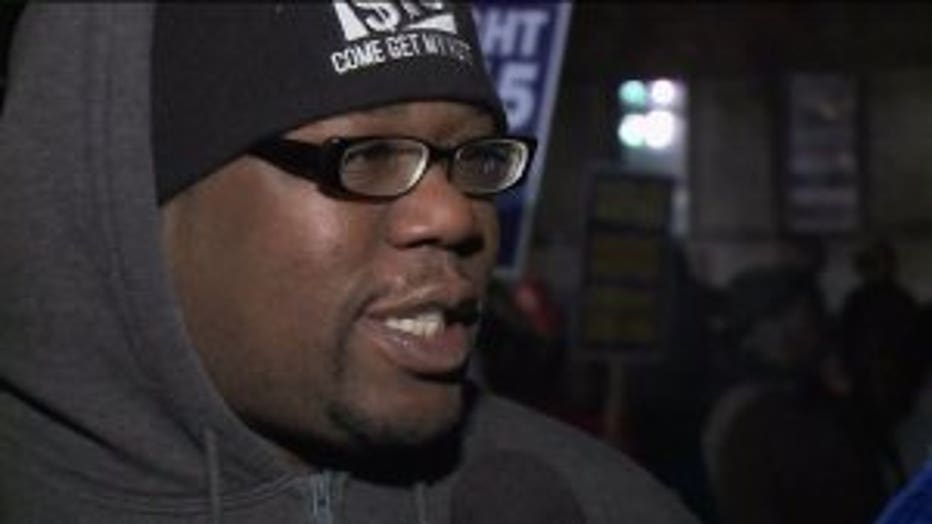 "I`m out here to stand with the people today," Corneil White said.

White and the others with the "Fight for $15" movement are pushing for an increase to the minimum wage. They want the $7.25 minimum wage increased to $15/hour.

"You put all our voices together -- it`s going to be heard," White said.

The voices of those fighting for an increase to the minimum wage blended with countless others to support everything from environmental causes to the effort to protect workers' pensions. 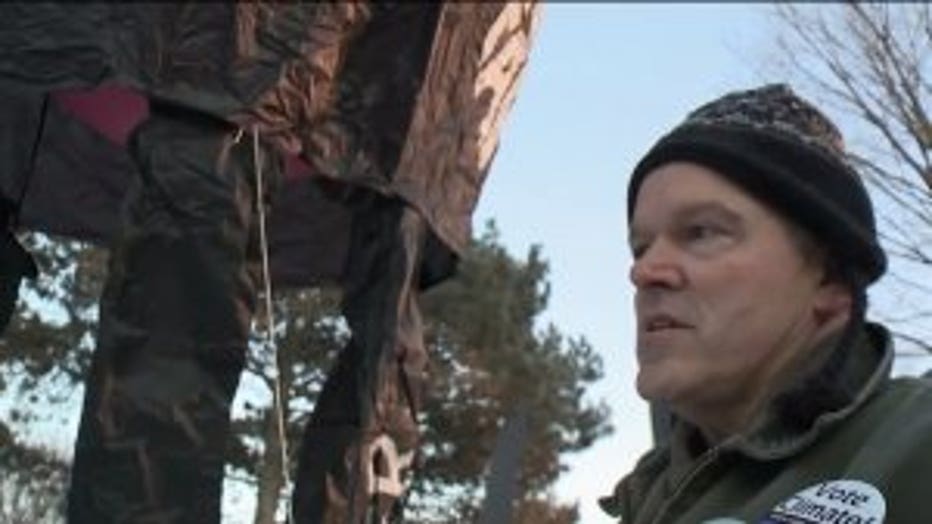 "Our view is not a Democratic view or Republican issue. It`s a fundamental right of everyone for safe drinking water," Carl Whiting with 350 Madison said.

"We`re hoping they will do the right thing. Get on board and stop this devious act," Bob Amsden with the Wisconsin Committee to Protect Pensions said. 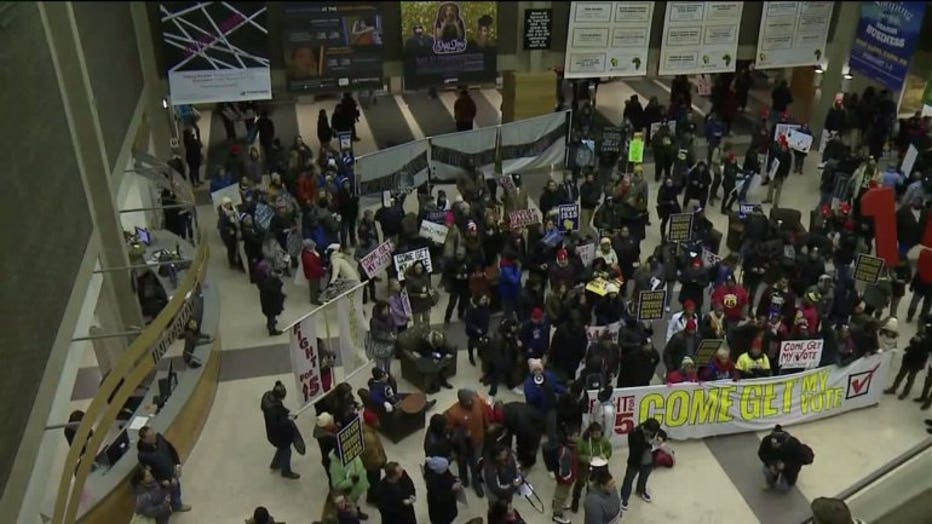 But when it comes to politics, you cannot please everyone.

"A socialist and a criminal are having a debate tonight and everyone is cool with that? I`m not cool with that at all," Tom Anderson, libertarian said. 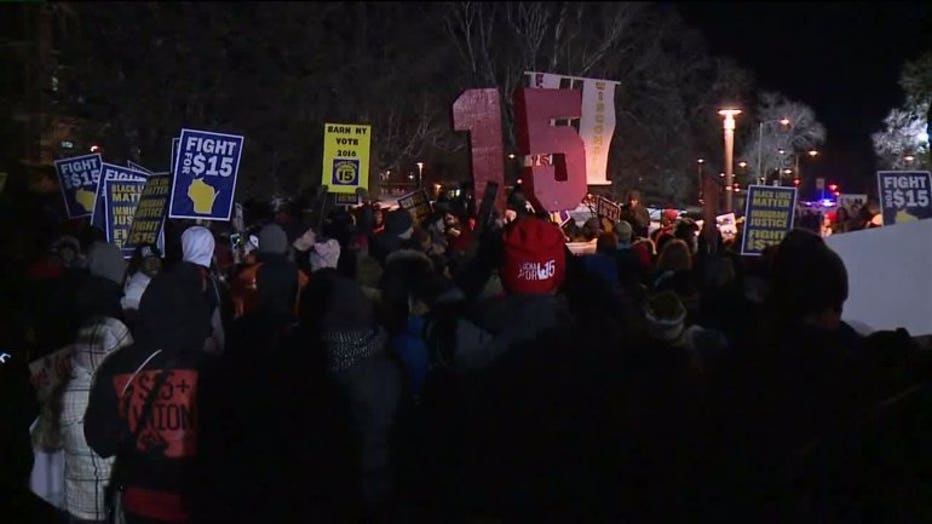 Milwaukee police tell FOX6 News no arrests were made during the debate.