Protests in response to the officer-involved shooting of Jacob Blake in Kenosha continues Thursday. The same day, Gov. Evers visited the city and an Illinois teen was charged with fatally shooting two protesters and injuring a third.

KENOSHA, Wis. - As protesters gather for a fifth straight day in Kenosha, Governor Tony Evers is touring the damage left behind.

"It is a serious time here in Kenosha," Gov. Evers said.

"Jacob blake is still alive, fortunately, after being shot 7 times in the back," Lt. Gov. Barnes said.

Responding to reports that Blake is handcuffed to his hospital bed, a reporter asked, "Does that concern you?"

"Hell yes. I have no personal understanding of why that would be necessary," Gov. Evers said.

Blake was shot Sunday by police. That investigation is still underway. Homicide charges were filed on Thursday against 17-year old Kyle Rittenhouse for a separate shooting.

"An outside agitator, someone who came in from Illinois with a long rifle," Lt. Gov. Barnes said.

Rittenhouse is accused of killing two protesters Tuesday, with most of the incident also caught on cellphone video.  Meanwhile, additional service members from the National Guard are being called in from Alabama, Michigan and Arizona — all with special crowd control training. 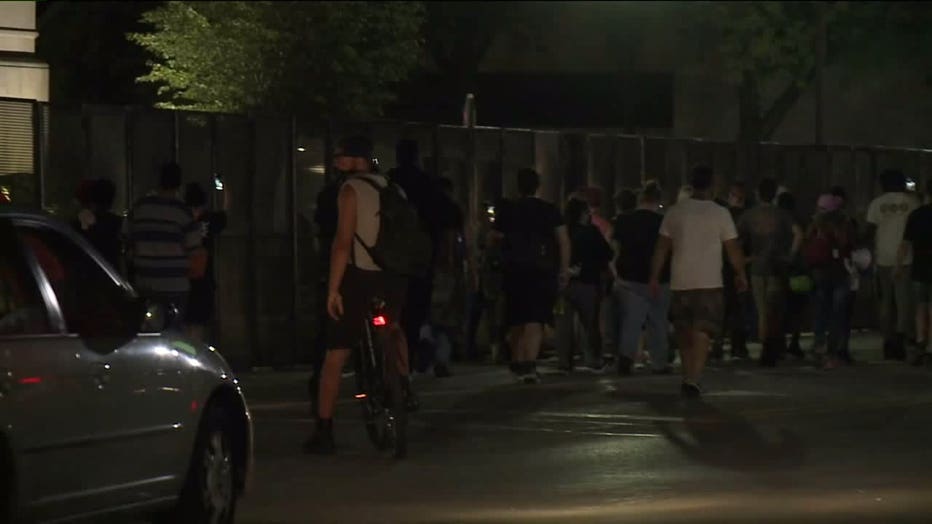 "I would like to disinvite those people running around with long guns for no apparent reason to stay home," Evers said.

Gov. Evers visited Kenosha for the first time Thursday since unrest unfolded after the officer-involved shooting of Jacob Blake.

'No justification:' Rev. Jesse Jackson calls for indictment of Officer Sheskey in shooting of Jacob Blake

Rev. Jesse Jackson and members of the NAACP called for a transparent and unbiased investigation into Sunday's police shooting of Jacob Blake.