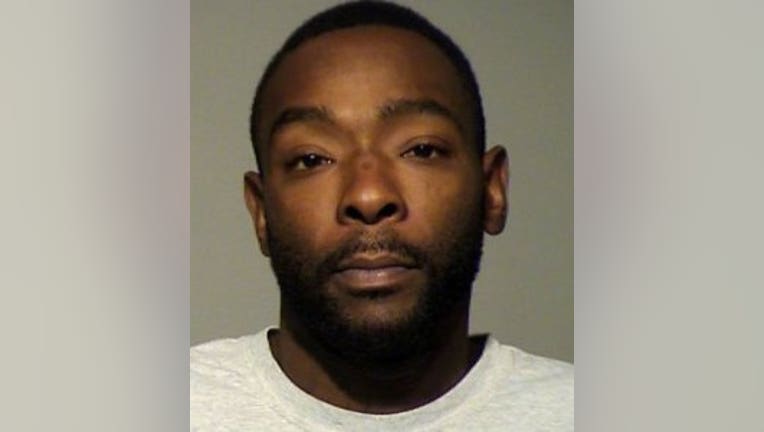 MILWAUKEE -- A Milwaukee man has been criminally charged, accused in the shooting death of his ex-girlfriend's brother. Prosecutors say the shooting happened amid an ongoing Facebook feud involving the ex.

31-year-old Marcus Sutton of Milwaukee faces one count of first degree reckless homicide, use of a dangerous weapon, and one count of possession of a firearm by a felon.

According to a criminal complaint, on November 19th, police responded to a shooting in an alley near 9th and Lapham. A victim was discovered lying in the alley, bleeding from his head and leg. He was taken to the hospital where he died. An autopsy revealed he'd suffered a gunshot wound to his head, and another to his left thigh. His death was ruled a homicide.

Prosecutors say the homicide was captured by surveillance cameras. The video showed a vehicle stopping in the alley moments before the shooting -- with a man exiting and walking toward a vehicle. He returned a minute later, and the vehicle left. Four minutes later, the victim came into view of the camera from a house -- walking towards a garbage cart when the same vehicle returned and stopped. The victim began walking toward the house he came from, passing the stopped vehicle. The video then showed the victim suddenly fell down, the vehicle sped off.

The victim's sister was in the house the victim emerged from moments prior to the shooting, and said she used to date Sutton, but broke things off. She said she'd been receiving messages and texts from Sutton that "scared her," and said she and Sutton's current girlfriend has been "feuding on Facebook." The victim's sister and another individual identified Sutton as the person who exited the vehicle seen in the surveillance video moments before the shooting.

Investigators spoke with Sutton's current girlfriend, and the complaint indicates she said she was in the vehicle with Sutton prior to the shooting. She said Sutton had driven her to the victim's sister's home so that she could confront the victim about Facebook posts.

Sutton's girlfriend said when they arrived at the house, Sutton peeked into the windows and believed the victim's sister was home with her kids, and Sutton planned to "kick in the door and beat her up." While they were in the alley, the victim came to the area near the garbage cart, and Sutton saw him, and "said he was going to shoot him," reaching his hand across his girlfriend's body, and shooting the victim through the vehicle's passenger window. After the shooting, Sutton's girlfriend said Sutton said he believed the victim was his ex-girlfriend's brother, and to "(expletive) him, because he owes Sutton $20."

The complaint says two other women were inside the vehicle at the time of the shooting, and they identified Sutton as the shooter. They said they argued with Sutton about shooting an innocent man.

The complaint notes that Sutton was convicted of substantial battery in June of 2013 and thereby prohibited from possessing a firearm.

Sutton made his initial appearance in court in this case on November 27th. Cash bond was set at $200,000 and a preliminary hearing was scheduled for December 6th.