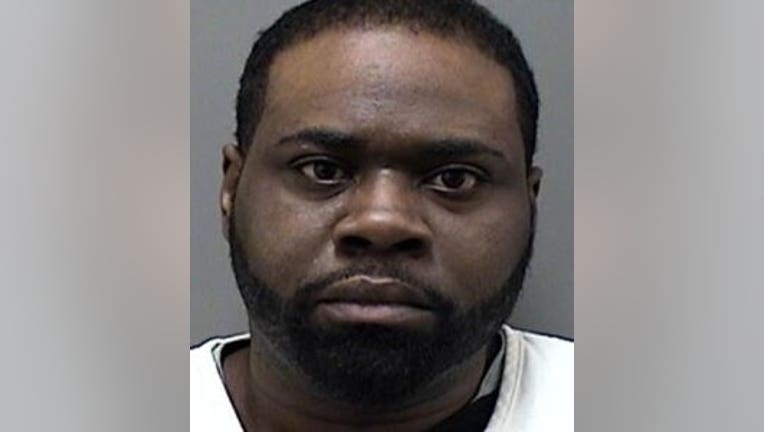 RACINE COUNTY -- One of two Milwaukee men accused of posing as Everdry Waterproofing employees to steal tools from a contractor supply business in Mount Pleasant made his initial appearance in court Wednesday, Jan. 8 after an arrest warrant was issued for him in November. This, after he failed to appear in court for a scheduled hearing on Halloween.

One count of felony theft, false representation, greater than $2,500 to $5,000, as party to a crime, and one count of unauthorized use of an entity's identifying information or documents, as party to a crime were filed against Kevin Butler, 27 on Oct. 8, 2019 in connection with four incidents between June 21, 2019 and July 9, 2019.

His alleged co-defendant, Eric Scott, 28, of Milwaukee faces one count of theft-false representation, greater than $2,500 to $5,000, as party to a crime, and one count of identity theft-obtain money or credit, as party to a crime. Online court records showed an arrest warrant was also issued for Scott on Nov. 1 after he failed to show up for court on Halloween.

According to a criminal complaint, police responded to Lincoln Contractors Supply in Mount Pleasant on July 15, 2019, where an employee said on June 21 and 26, and July 8 and 9, three people entered the business wearing Everdry Waterproofing shirts -- renting equipment that was never returned. Officials at Lincoln reached out to Everdry, and officials there confirmed they never rented any equipment, and these three individuals were not employees there.

The complaint denoted the items stolen during each incident:

The same crew involved in the Mount Pleasant incident was also involved in "fraudulent rentals" from Lincoln in Milwaukee, Waukesha, and West Allis, prosecutors said.

West Allis police said the same vehicle was caught on camera with the license plate number: ADR 3783. A Facebook search revealed a friend of the vehicle's owner matched the description of one of the men involved in the fraudulent rentals. He was identified as Kevin Butler, the complaint said. Further investigation revealed Butler was friends with an "Eric Scott" -- identified as a suspect in the June 21 and July 8 incidents. Prosecutors said his Facebook page featured a picture of him with his daughter -- wearing an Everdry shirt. An Everdry manager identified him in surveillance images and said he worked at Everdry for several months but stopped showing up around the time of the thefts.

During an interview with Butler, the complaint said he indicated he knew Scott for 10 years and would drive him around to get tools. He said Scott would then sell equipment to Everdry employees and others in the construction industry. He said Scott would call ahead for items to be set aside, and they would pick them up.

The complaint noted the value of items stolen during the incidents Butler was involved in was more than $2,700, while the total for Scott was more than $4,200.

A $2,500 signature bond was set for Butler when he made his initial court appearance on Wednesday. A preliminary hearing was scheduled for Jan. 22.