MOUNT PLEASANT -- Charges were filed Wednesday, July 24 against two Racine men prosecutors said were caught on camera installing a "shimmer" device, similar to a skimmer, on an ATM at Educators Credit Union in Mount Pleasant.

Vergiu-Corneliu Galbenu, 41, and Gheorghe Oltean, 43, each face the following charges: 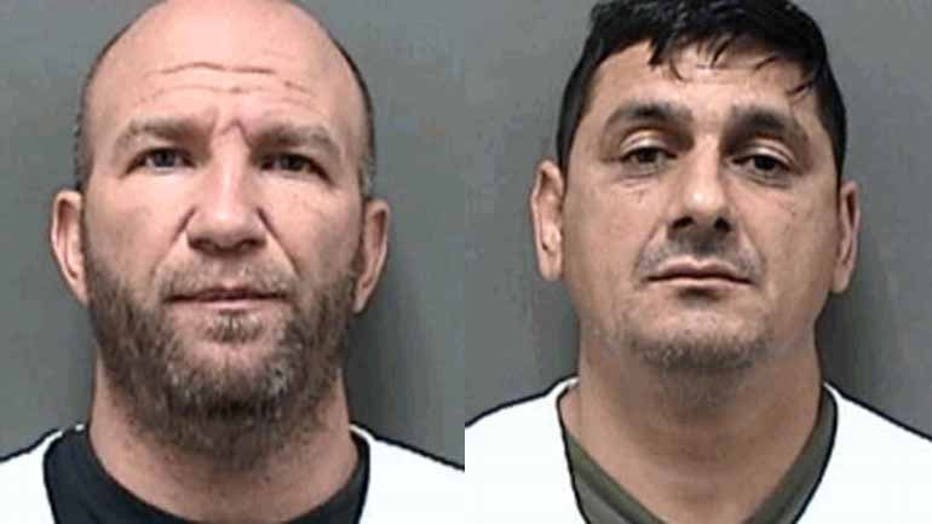 According to a criminal complaint, Mount Pleasant police, investigating fraud at Educators Credit Union on Newman Road near Spring Street in Mount Pleasant, learned a "shimmer" device used to capture data from debit/credit cards was located on the ATM in the drive-thru. The complaint said the device was similar to a skimmer that captures chip data from cards, as well as a hidden pinhole camera directed at the keypad to capture the PIN.

Surveillance video from July 20 showed two males, later identified as Galbenu and Oltean, jammed a putty knife with sandpaper on it into the card slot. The complaint said this was likely an attempt to file down any possible anti-shimming blocks inside the ATM. The surveillance cameras captured the men's faces and their unique tattoos.

Surveillance video from the next morning showed one of the men approached the ATM carrying a bouquet of flowers. He removed the large trim piece containing the covert camera and adhered it to the side of the ATM. He then inserted the shimming device into the ATM before fleeing on foot.

Later that night, police spotted the suspect vehicle traveling through a grocery store parking lot. Both men were arrested. A search of the vehicle revealed the putty knife, the metal device used to insert the shimming device, multiple gift cards, a cellphone with the GPS screen open to the Educators Credit Union address, and the bouquet of flowers. Investigators learned the vehicle had been rented out of Atlanta.

Both men made their initial appearances in court on July 24, where cash bond was set at $5,000 each. Preliminary hearings were scheduled for July 31.