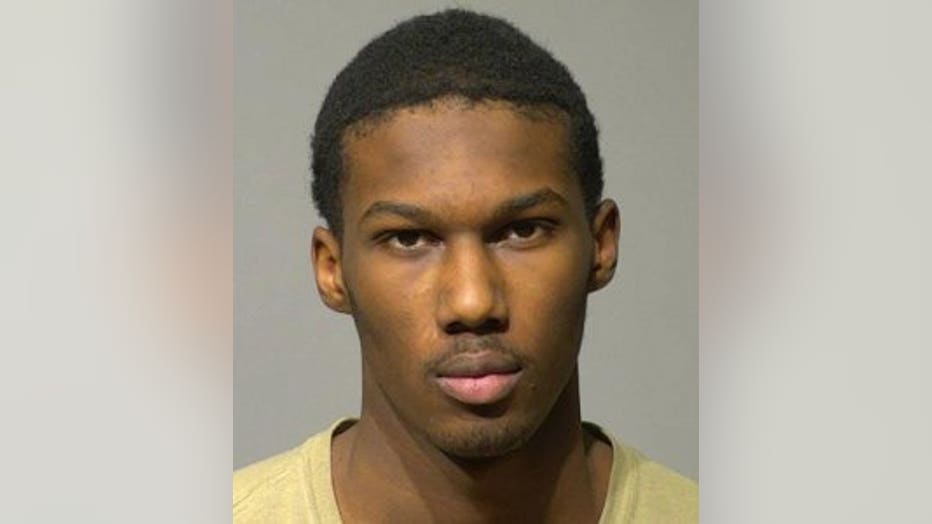 MILWAUKEE -- Charges were filed Jan. 23 against a Milwaukee man accused of kidnapping a 13-year-old boy on Jan. 5 -- and prosecutors said three of the boy's own friends were also involved in the alleged scheme to make some quick cash.

The crime happened a day before the victim's 14th birthday.

According to the criminal complaint, Milwaukee police on Jan. 5 responded to a neighborhood near 66th Street and Hope Avenue to investigate a kidnapping. A woman told officers her son was kidnapped, and the kidnappers were demanding a $10,000 ransom. The mother told officers her son met up with friends around 4 p.m. -- and that was the last time she saw him. 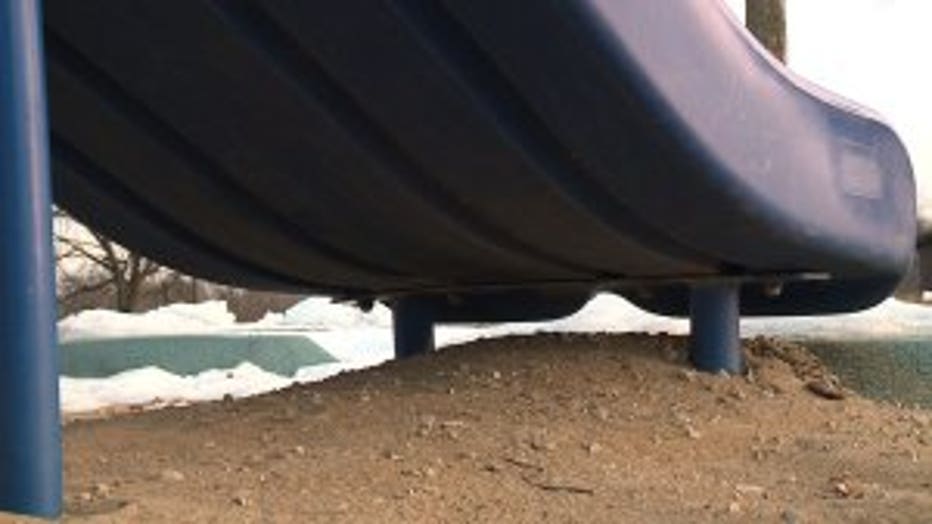 The complaint indicated shortly before 5 p.m., the mother received a call from her son on his phone. The teen told his mother "he was kidnapped and duct-taped." After the call was disconnected, the mother received "a series of phone calls from a blocked number." The unknown male on the other end told her, "If you think I'm playing, listen to this." The complaint said the mother heard "what she believed to be someone being punched." The complaint said the mother gave the phone to her brother -- and the person on the other line "again demanded that they put $10,000 under the slide in the park near 74th Street and Ruby Avenue within an hour. The subject promised to release (the teen) once he had the money."

When police submitted an inquiry to the phone company on the blocked phone number, they learned the number was listed Isiah Pickens -- the brother of two of the victim's friends.

The complaint said their mother spoke with police after people were banging on her door. She heard them state, "They kidnapped our son, and your sons, too." The mother described to police what both boys were wearing. Shortly before 8 p.m. that evening, the two boys returned home. 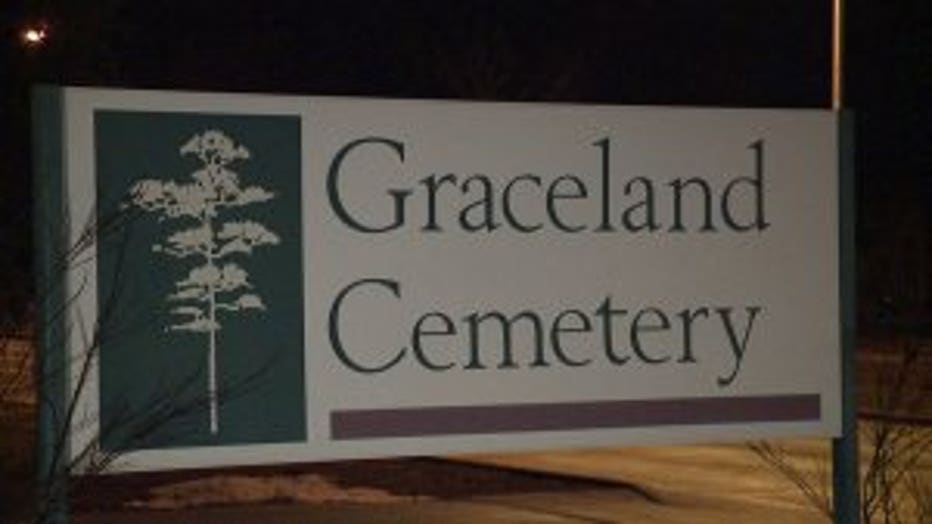 One of the boys told officers that "he was playing basketball in Dineen Park, a black SUV pulled up, and the back seat passenger asked them if they wanted to play 'ball." He then got out, pointed a gun at them, and told them not to run, and to get into the car." The boy claimed, "they were all then duct-taped on their wrists and eyes -- with the tape wrapped around their heads and over the bridge of their noses." The boy even described in great detail what the suspects were wearing. He stated "they were driven around for about an hour before going to Graceland Cemetery." The boy told police when three people got out of the SUV, he and the other boy exited "and heard gunshots as they ran." The boy told police "he lost his cellphone in the cemetery while running. He further claimed that they ran and hid behind a garage" before going to a gas station to charge the other boy's phone.

According to the criminal complaint, officers noted the boy had "no marks on him whatsoever to indicate that he had been duct-taped around his head, wrists, or ankles." They also stopped by the gas station -- and found no evidence that the boys had stopped there.

The complaint said the second boy was interviewed by police three times, but police confronted him about "numerous lies and inconsistencies in his story." Later, police became aware the second boy, who had been arrested for an unrelated offense, was not kidnapped. The boy told police the first boy and "Pickens set up the entire kidnapping for ransom scheme in hopes of obtaining money."

Police interviewed the teen victim on Jan. 10. He indicated on the day he was kidnapped, he received a text from his friend that "he was going to the store" and that the teen should come with him. The teen victim met up with the two boys mentioned earlier and they "observed a dark blue SUV parked on the side of the road." The three of them got into the SUV. The teen later identified the driver as being "Izzy" -- or Pickens.

The teen told police he, Pickens, and the other two drove to a Walmart. The teen and one of the other boys stayed inside the vehicle -- while Pickens and the other boy went inside. When everyone was back in the vehicle, the teen victim asked to be taken home, but the complaint said "Pickens told him that they needed to stop at Graceland Cemetery first." Once at the cemetery, the complaint said the two boys "pulled out the duct tape and Pickens instructed them to duct tape" the teen victim. The teen victim thought they were joking, however "Pickens began punching him in the face." The complaint said after the victim's hands, mouth, and eyes were taped, Pickens and the other two boys "went through his pockets and stole his phone, $30, and a charger. He could not tell who was stealing his property, but Pickens was doing most of the talking." 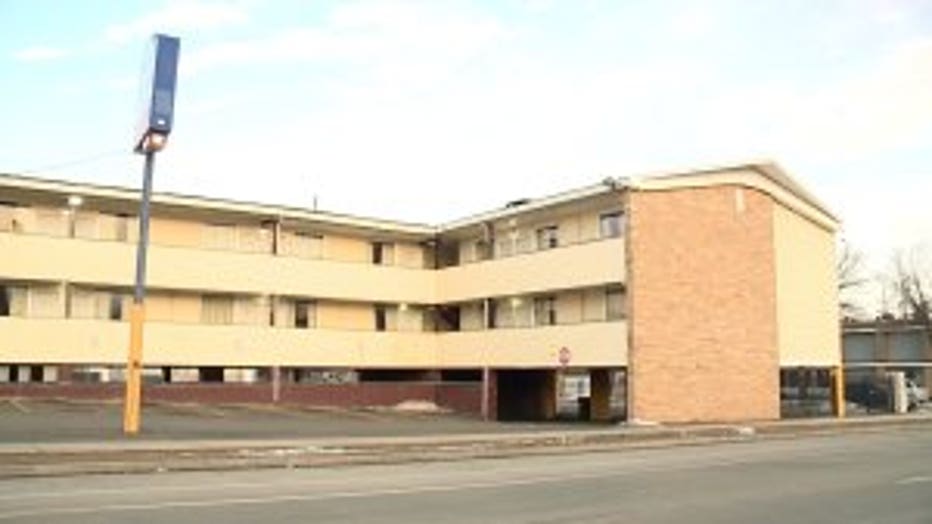 The teen victim told police he "could hear Pickens calling his mother and demanding $10,000 or else he would kill him. (The teen victim) was scared because he knew that they had a gun."

The complaint indicated the teen victim later found himself at the Diamond Inn Motel on W. Fond du Lac Avenue. The complaint said Pickens and one of the boys walked off -- and he was left alone in the vehicle. The teen victim stated, "he was sweating from being stuck in the back of the car, and that the tape became loose." He was eventually able to free himself and run back home.

The criminal complaint said the SUV that was used in the kidnapping was recovered at the Diamond Inn. Investigators found items of evidentiary value including "a roll of silver duct tape, a roll of black electrical tape, a face mask, used electrical tape, used silver duct tape, white medical masks, and white twine rope. Additionally, a Wisconsin Quest card with the name Isiah Pickens was recovered from the front center cup holder."

The complaint said early on Friday, Jan. 17, police in marked squads observed an SUV near 29th Street and Burleigh Street -- and recognized Pickens behind the wheel. The complaint said the driver was "speed while recklessly driving and disregarding the red light at North 27th Street and almost causing an accident with another vehicle, and Pickens drove the wrong way down North 21st Street and drove over the sidewalk." The complaint indicated the police pursuit of Pickens "reached speeds of 80 miles per hour" and lasted nearly three miles. It ended "when the vehicle crashed into a traffic light pole" at 20th and Keefe. Pickens ran from the scene -- but was eventually taken into custody.

On Jan. 18, the criminal complaint said Pickens did an interview with police. He stated "he did not have any part in the kidnapping, but that he knew about it."

Pickens made his initial appearance in court on Tuesday, Feb. 4. Cash bond was set at $75,000 -- and Pickens was scheduled to appear for a preliminary hearing on Feb. 11.