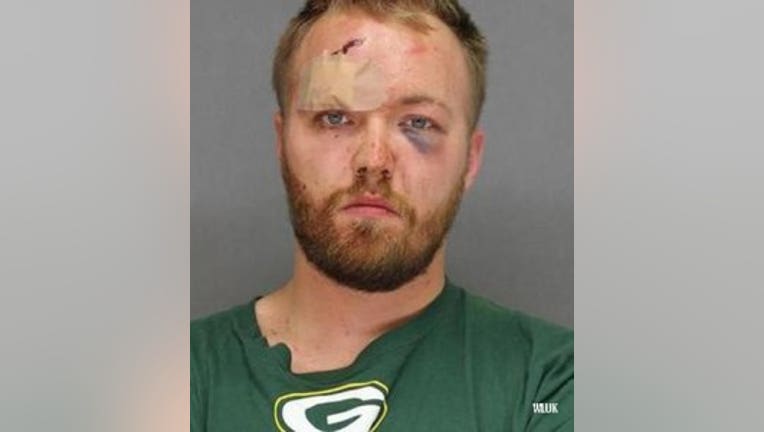 GREEN BAY -- Prosecutors say a Michigan man became unruly at Lambeau Field during the Green Bay Packers-Detroit Lions matchup on Monday night, Oct. 14 when a bartender refused to serve him.

According to WLUK, around 9:45 p.m. Monday, a bartender at 1919 Kitchen and Tap refused Lindquist service because the bartender felt he had too much to drink. As Lindquist left the restaurant, with a litany of obscenities, officers decided to arrest him. At one point, three officers were not able to handcuff him because of Lindquist’s resistance.

Prosecutors said Lindquist threatened to kill the officers and tried to bite one officer’s leg, according to WLUK.

During the ride to the jail, he used one vulgar term directed at a female officer at least 150 times, repeatedly pounded his head against the plastic divider in the squad, and continued to threaten the officers, according to the complaint obtained by WLUK.

The complaint made no mention of any tests of Lindquist’s blood-alcohol level.

Lindquist was scheduled to make his initial appearance in court Tuesday afternoon in Brown County.