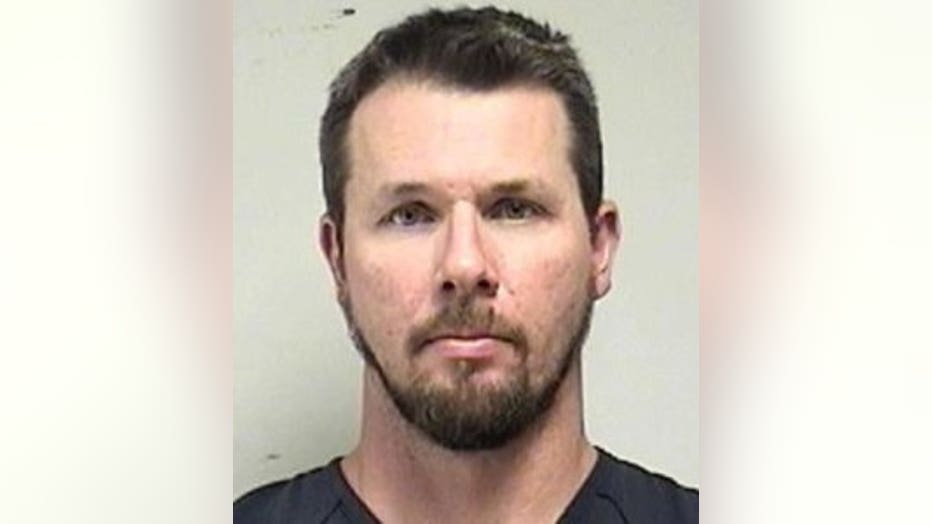 TREVOR -- 39-year-old Ryan Peterson of Salem is now charged in connection with a hit-and-run crash that killed a bicyclist in Trevor. Peterson and his wife called authorities one day after the crash --  and because that happened at least 16 hours after the crash, blood wasn't drawn, so despite the fact that prosecutors say Peterson admitted to drinking before and after the crash, he's not facing OWI charges.

Peterson is charged with the following:

This, for the death of Jackie Hutcheson Jr., or JJ.

Hutcheson's parents were furious Tuesday, September 19th as they learned of the details in this case and saw the suspect in court. 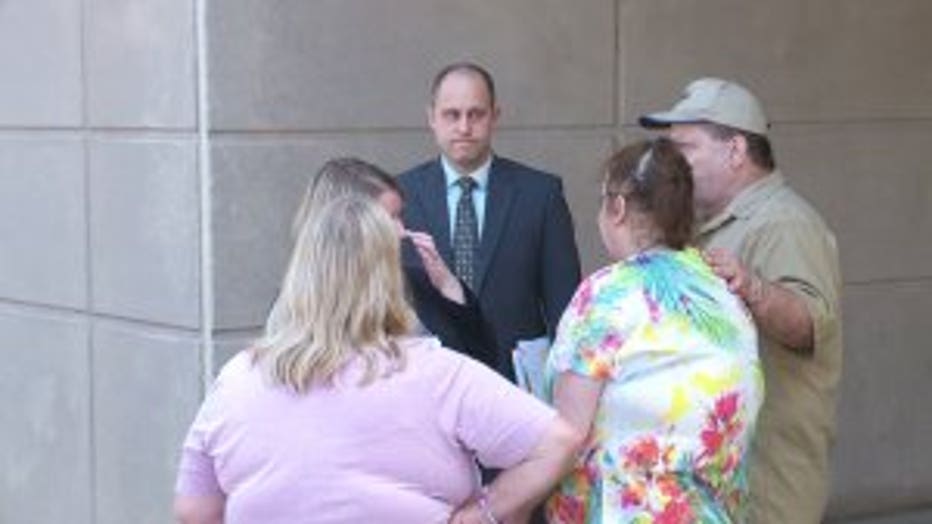 "He was drunk and he waited 16 hours," Delise Hutcheson, Jackie's mother said.

"It was the alcohol. We did not know at the time," Jack Hutcheson Sr., Jackie's father said. "I appreciate he turned himself in. We have to forgive him someday so God can forgive us. We have so much hate in our heart right now. It's not going to be today or in the near future."

"He took a life -- a young man's life who had everything going for him," Delise Hutcheson said.

Crews responded to the area of Highway FJ (260th Avenue) near Highway C (Wilmot Road) around 9:45 p.m. on Sunday, September 17th. The investigation on scene revealed that a 29-year-old man identified as Hutcheson Jr. was riding a bicycle northbound on 260th Avenue when he was struck from behind by a vehicle also traveling northbound. Hutcheson died at the scene due to the injuries he sustained. 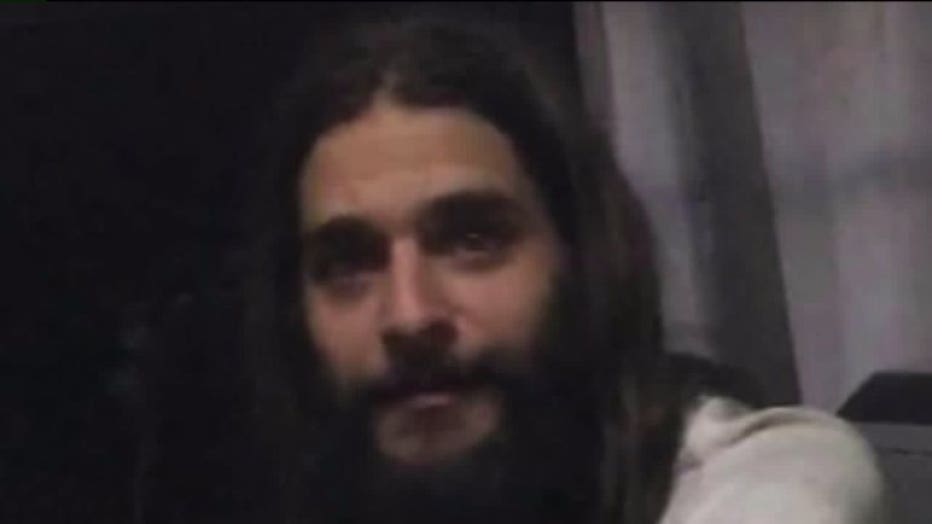 "A passerby found a bike on its side. He was ejected from the bicycle. No skid marks. We have no indication at this time how fast the vehicle was driving," Mark Malecki with the Kenosha County Sheriff's Department said.

Authorities say the vehicle left the scene in an unknown direction after the crash. The speed limit in this area is 35 miles-per-hour. 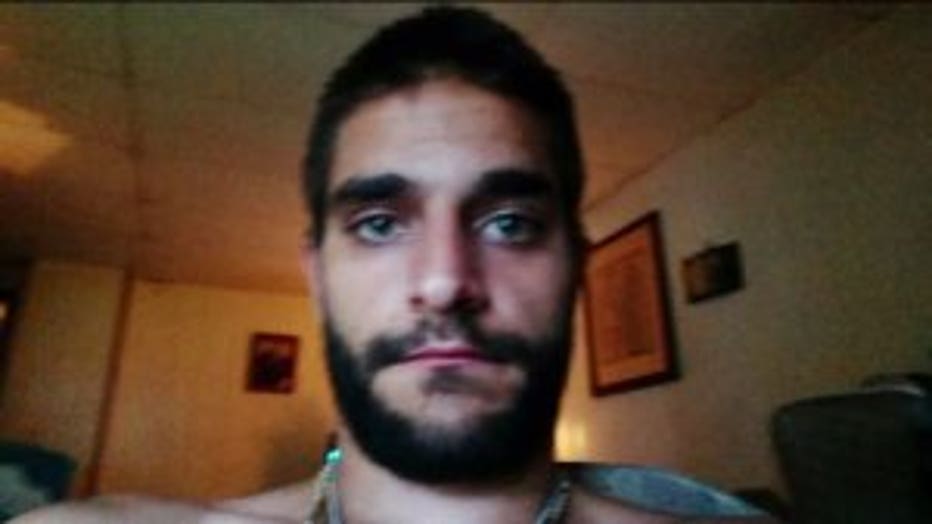 A criminal complaint indicates a 911 caller came up on Hutcheson at the scene -- turning back because "something didn't seem right." He said he noticed a bicycle on the east side of the road, and a body in the ditch line. He saw no signs of breathing, and Hutcheson was unresponsive. He was identified via an ID found in his wallet.

Small vehicle parts were found scattered at the scene -- a few with a Volvo logo on them, the complaint says. Investigators noticed some of the pieces had parts numbers on them, and an online search revealed the parts appeared to come from a 90s or early 2000s Volvo.

The complaint notes that the roadway was dark except for a farmhouse light on the west side of the road. Hutcheson's bicycle did have a reflector mounted on the spokes of the rear rim.

The complaint says the investigation revealed driver in this case did not attempt to slow down or maneuver to avoid the collision. Hutcheson was struck from behind by the vehicle which had been traveling on the gravel shoulder.

Hutcheson's death was determined to have been caused by blunt force trauma to the head.

One day after the crash, investigators were contacted by Peterson's wife, who indicated she had learned that her husband "thought he hit a deer" on Highway JR around the time of this crash -- and he did not stop at the scene. 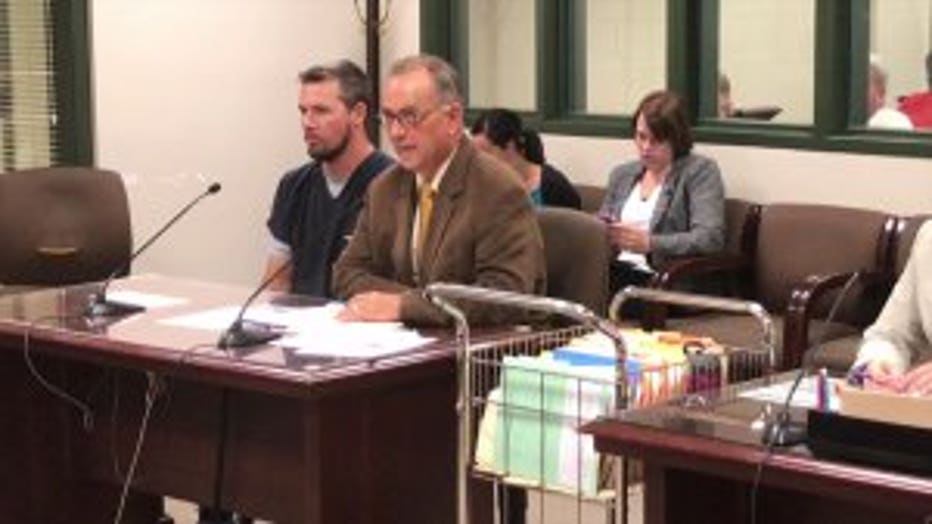 Investigators spoke with Ryan Peterson, who indicated while heading northbound on Highway JF on September 17th, he "became distracted as he attempted to plug in his cell phone," and he hit something he thought was a deer. His passenger side windshield was shattered, and Peterson said he slowed down and checked his rearview mirror, and didn't see anything, so he went home.

When he got home, he and his wife checked the damage to his Volvo, and put it in the garage.

The complaint indicates Peterson told investigators he'd had "several alcoholic drinks" earlier in the day before the crash, and a couple more when he got home, but he said he believed he was sober at the time of the crash. The timeline he offered was that he had dinner at his brother's house and consumed three drinks in the afternoon before dinner, and two more during dinner. He said he watched the first half of the Packers game at his brother's house before driving himself home. After the crash, when he returned home, he said he had a couple more beers while finishing the Packers game.

Investigators checked the damage to the Volvo, and the complaint indicates it was consistent with the vehicle striking a bicyclist.

Peterson made his initial appearance in court in this case on Tuesday, September 19th. Cash bond was set at $15,000 -- and a preliminary hearing was scheduled for September 28th. 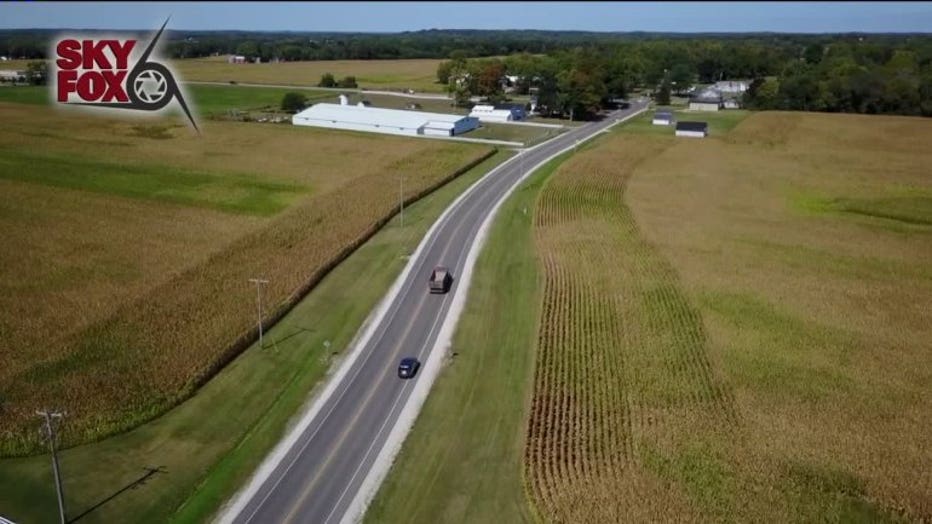