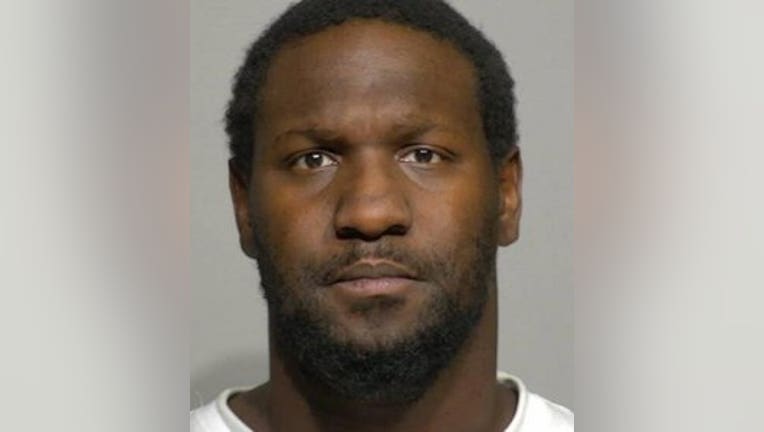 MILWAUKEE -- A Milwaukee father is facing a homicide charge, accused of fatally punching his own 5-year-old son, upset the boy had eaten his Father's Day cake. The boy died on Saturday, June 22 near 26th and Ruby.

According to a criminal complaint, police were dispatched to the area near 26th and Ruby around 3 a.m. on Saturday, June 22 for a report of a sick/injured individual. A 5-year-old boy was pronounced dead at the scene.

The complaint said the child was found to have suffered bruising to both eyes, a cut to his lip, and a laceration to his sternum. He had three healing cuts to his back. His caretakers reported he'd fallen down the stairs, but police did not believe the injuries were consistent with an incident like that. An autopsy revealed he suffered blunt force trauma to the abdomen, and his death was ruled a homicide.

Stackhouse was interviewed by police, and the complaint said he indicated he lived at the home with his girlfriend and their five children. The victim in this case was Stackhouse's son. He said he was the main caretaker for the children, as his girlfriend worked.

He said on June 21, he was at home with the children. His girlfriend returned from work around noon, and then left again around 3 p.m. He said the 5-year-old and another child were playing Nerf basketball upstairs, and soon, Stackhouse said the 5-year-old was "somersaulting down the stairwell." Afterwards, Stackhouse said the boy appeared fine, and he didn't observe any injuries on him.

A short time later, the complaint said the child said he wasn't feeling well, and he vomited.

The complaint said when the girlfriend came home, they went outside to hang out with family, and at some point, Stackhouse went back inside and found the three oldest children, including the victim, eating Stackhouse's Father's Day cake. Stackhouse said he was angry, but denied assaulting the children.

According to the complaint, Stackhouse said the girlfriend eventually fell asleep on the couch and he went out with friends. When he returned, the girlfriend said something was wrong with the 5-year-old, and she was on the phone with 911.

An older brother of the victim said Stackhouse hit the 5-year-old boy in the stomach and back -- and denied the 5-year-old ever fell down the stairs.

Stackhouse was re-interviewed, and the complaint said Stackhouse initially continued the story that the 5-year-old fell down the stairs, but he eventually admitted to punching the boy in the stomach and hitting him in the face because he ate his Father's Day cake. He said he had one piece, and he "was upset that others were eating it." He said the boy fell down the stairs later in the day. He noted the girlfriend had "often warned him not to hit the children so hard."