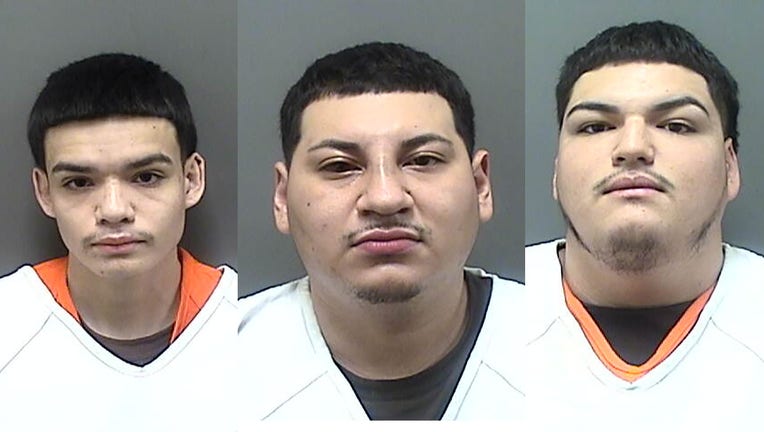 RACINE, Wis. - Prosecutors have charged three people in connection to a Halloween shooting in Racine.

A criminal complaint states that Racine police officers were called to the area of 9th Street and Grand Avenue for a report of shots fired on Oct. 31. At the scene, officers found a victim who had been shot twice.

The victim told police that he and some other people had been having trouble with Ramirez and that Ramirez and two other Hispanic males -- since identified as Cardenas Jr. and Cardenas-Flores -- drove by, got out of their car and wanted to fight.

According to the complaint, Cardenas Jr. pulled out a gun. Ramirez told him "no, no," but Cardenas Jr. said "(expletive) it" and fired shots into the ground. The victim then turned to go inside but was struck from behind by Cardenas-Flores. The group became involved in a fight and Cardenas Jr. later began shooting, striking the victim.

Officers later located Ramirez, Cardenas Jr. and Cardenas-Flores and a search of the house found ammunition, gun magazines and clothing that matched the description given by a third-party witness to the shooting.

Additionally, Ramirez faces three counts of misdemeanor bail jumping. On Oct. 15, he appeared in Waukesha County Circuit Court and was released on $500 cash bond with the condition that he not commit any new criminal cats. That bond was in effect at the time of the shooting incident.

Ramirez also had been convicted in 2014 of receiving or concealing stolen property and misdemeanor possession of THC.

Charges have been filed against a Racine man in a Green Bay homicide case that dates back more than three decades.