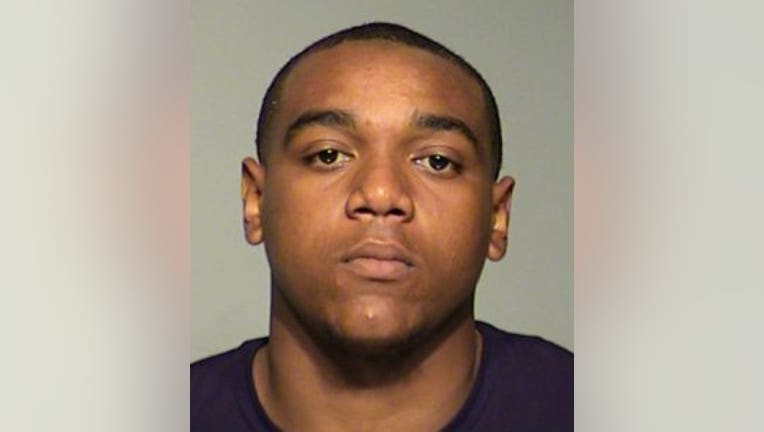 MILWAUKEE -- Two men have been criminally charged, accused of stealing meat from grocery stores in West Allis on at least three occasions.

They are accused of stealing meat from Save-A-Lot stores in West Allis on October 7th and 9th.

According to a criminal complaint, on October 9th, police responded to the store near 76th and Oklahoma, where a manager indicated theft suspects had just fled the store. An employee said a customer yelled that the suspects were leaving without paying. The manager reported a group of younger black men had recently taken meat from the store without paying on several occasions. He watched as they entered a vehicle which had no license plates and fled the parking lot.

The complaint says at no time did they attempt to pay for the items before leaving the store.

Police soon observed a vehicle matching the description of the suspect vehicle headed east on Lincoln Avenue. A traffic stop was conducted, and it was determined there were five people in the vehicle, including Rich and Smith. Rich was the driver, prosecutors say, and Smith was a passenger. Officers recovered from the vehicle a box containing several packages of steaks, and a hand basket filled with steaks.

According to the complaint, they got away with 12 ribeyes and 16 T-bones, valued at nearly $270.

All five people in the vehicle were arrested.

On October 7th, the complaint says four suspects got away with meat from the same store. They were caught on camera stealing five chuck roasts, six packages of ground beef, six packages of chicken, two packages of ribs and 12 packages of steaks -- with a total estimated value of $330.

Less than an hour before that, they hit up the Aldi store near S. 108th and Mitchell.

The complaint says a manager indicated six black males entered the store and took numerous packages of chicken, brisket, ground beef -- and eight bottles of Tide laundry detergent before fleeing the store. The items had an estimated value of $329.34.

He told investigators he drove to the Save-A-Lot store on the 9th "to steal steaks so he could trade the stolen steaks for new clothes." He said he "steals to survive because he's unemployed."

According to the complaint, he indicated he's able to sell the meat at a corner store in Milwaukee for $1/pound. The meat would then be sold to the corner store's customers.

Rich made his initial appearance in court in this case on October 12th. He pleaded not guilty, and a $1,000 signature bond was set. On October 18th, he failed to appear in court. The court ordered a bench warrant issued, but stayed the issuance until the next scheduled hearing -- which is October 26th.

Smith made his initial appearance on the 12th as well. He pleaded not guilty, and a $500 signature bond was set. A plea/sentencing hearing was set for November 9th.