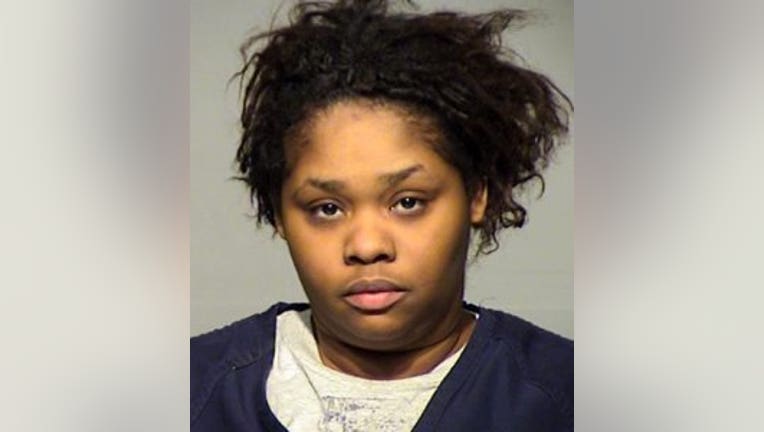 WAUWATOSA -- A Milwaukee woman who stole more than $35,000 from her former employer -- JC Penney near 124th and Burleigh -- was sentenced to probation plus jail time on Friday, Jan. 24.

Umeko Dixon, 29, on Dec. 11 pleaded guilty to one count of theft of movable property -- greater than $10,000, as party to a crime filed in August. On Friday, she was sentenced to serve 18 months in prison and 18 months' extended supervision, which was stayed, and Dixon was placed on probation for three years. Additionally, she was ordered to serve six months in the House of Correction with Huber release -- ordered to report by 5 p.m. on Feb. 3. Finally, she was ordered to pay $35,575 in restitution to JC Penney.

Prosecutors said she processed orders and sold items at greatly reduced prices -- up to 99% off -- while serving as a customer service representative at the telephone order center. Many of the fraudulent orders were shipped to her mother's house and purchased using a credit card in her own name, prosecutors said. The $35,000-plus was stolen between March 19, 2018 to April 11, 2018.

A criminal complaint said in her role, Dixon would receive phone calls from customers looking to order items from JC Penney's catalog. Prosecutors said she was responsible for processing 58 fraudulent orders, using a credit card in her name to pay for 27 of the orders. Twenty-five were paid for by co-actor customers, and two were paid by Dixon.

Additionally, the complaint noted JC Penney officials successfully blocked $200,979.07 worth of orders -- canceled before they shipped.

That included the following:

According to the complaint, a co-worker told investigators Dixon bullied the co-worker into placing fraudulent orders.