WHITE BEAR LAKE, Minn. (FOX 9) - The principal of a middle school in White Bear Lake, Minnesota is responding after photos showing stacks of books in a school dumpster spread on social media.

The photos of the books struck a nerve with community members. After seeing one social media post, Ryan Swanson told FOX 9 he drove out to the school to see for himself.

He says the discarded books appeared to be non-fiction and included topics such as Native American history, the Constitution and World War II. Swanson says he salvaged about 30 books and saw others filling up bins to donate the items. 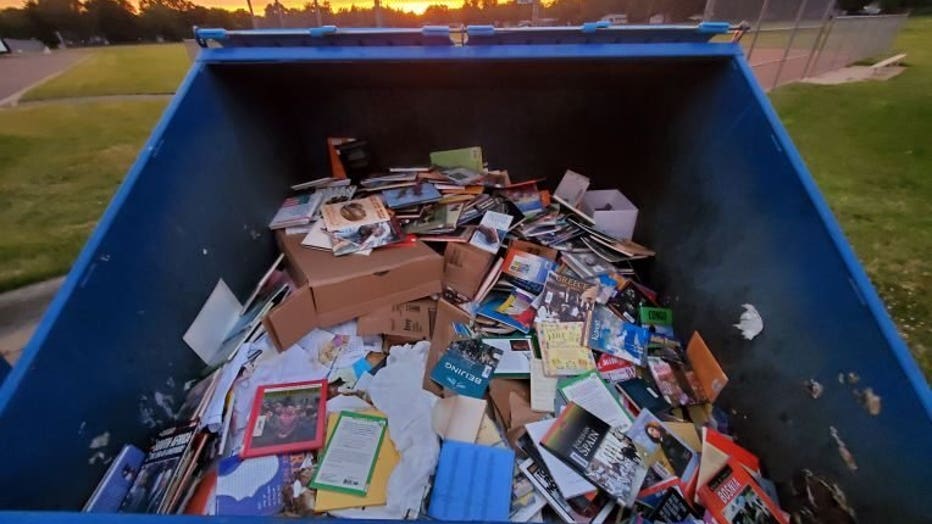 "The weeding procedure is important to help us find a new home for books 10 years and older to ensure that materials are keeping up-to-date with the needs of ever-changing curriculum, school goals and student needs," wrote Pierre.

Pierre went on to say staff followed book disposal protocol by trying to donate as many as possible and distribute to Little Free Libraries in the area, however, some organizations could not accept the books due to outdated content or aren't accepting donations amid the pandemic.

While Swanson has since spoken with the principal, he says he feels the situation was handled poorly.