LONDON  — Third time's a charm. The Duchess of Cambridge gave birth Monday morning, April 23 to a new prince who is fifth in line to the British throne — and she was home by suppertime. 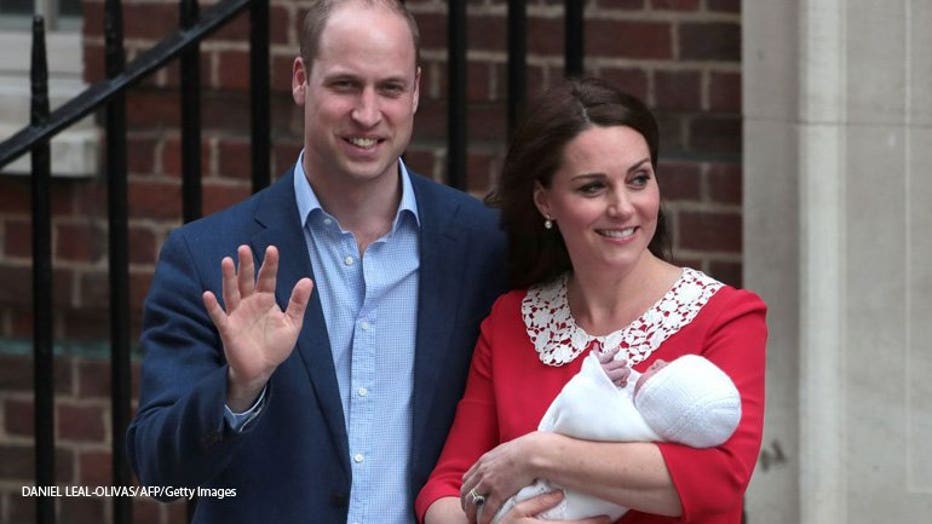 The duchess and husband Prince William drove to St. Mary's Hospital in London early in the morning, and Kate's 8 pound, 7 ounce (3.8 kilogram) boy was born at 11:01 a.m., with royal officials announcing the birth about two hours later. 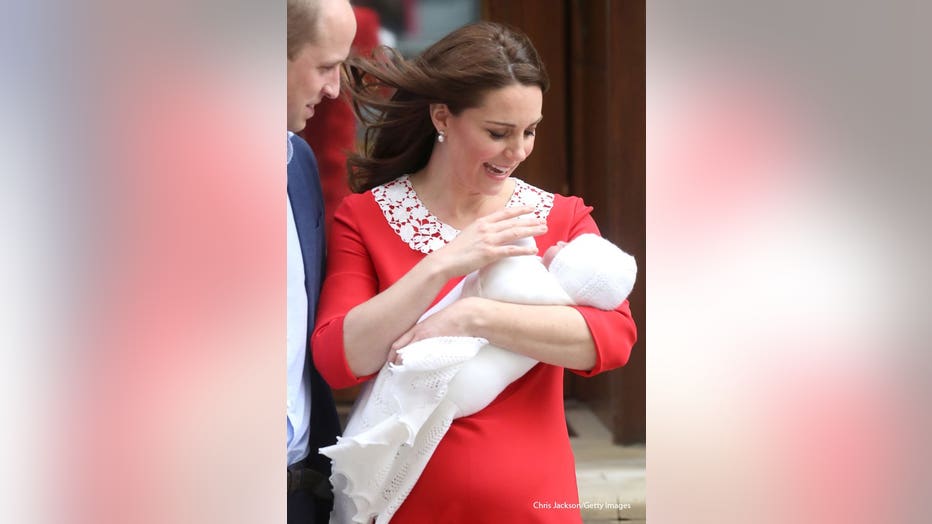 LONDON, ENGLAND - APRIL 23: Prince William, Duke of Cambridge and Catherine, Duchess of Cambridge depart the Lindo Wing with their newborn son at St Mary's Hospital on April 23, 2018 in London, England. The Duchess safely delivered a boy at 11:01 am, 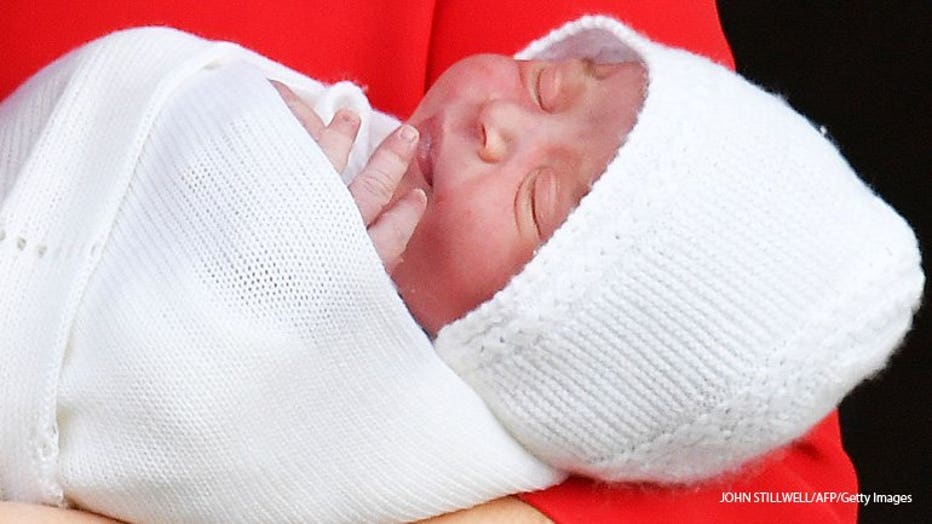 Britain's Catherine, Duchess of Cambridge holds her newly-born son, her third child, as she and her husband Britain's Prince William, Duke of Cambridge (unseen) show him to the media outside the Lindo Wing at St Mary's Hospital in central London, on 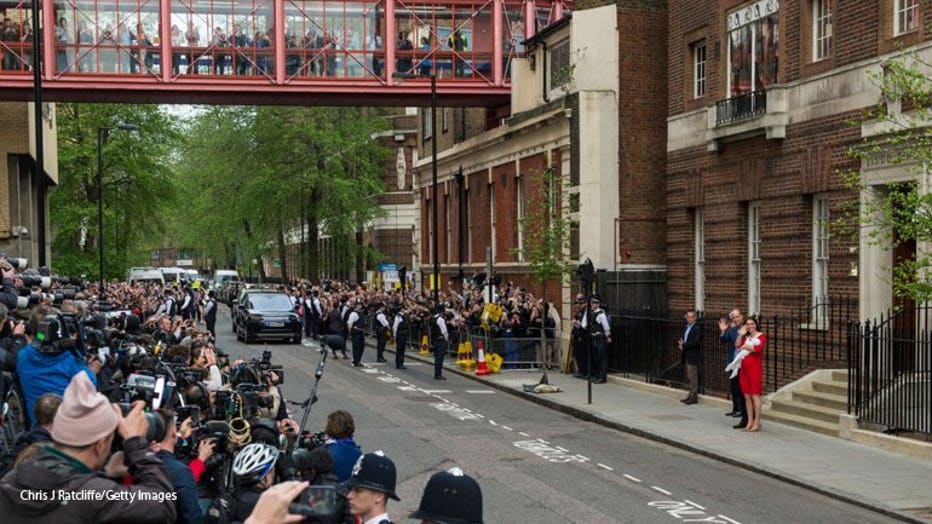 There followed a smoothly choreographed operation perfected after the births of the couple's two other children. In late afternoon, elder siblings Prince George and Princess Charlotte were brought to meet their baby brother. Around 6 p.m. and wearing a vibrant red dress, Kate emerged alongside her husband, holding the tiny royal highness, wrapped in a white lace shawl. 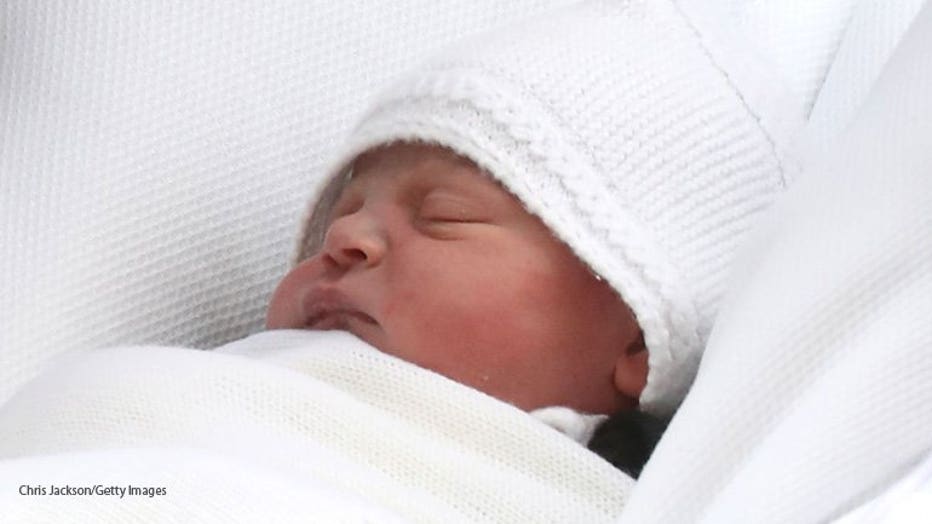 LONDON, ENGLAND - APRIL 23: The newborn son of Prince William, Duke of Cambridge and Catherine, Duchess of Cambridge as they depart the Lindo Wing at St Mary's Hospital on April 23, 2018 in London, England. The Duchess safely delivered a boy at 11:01 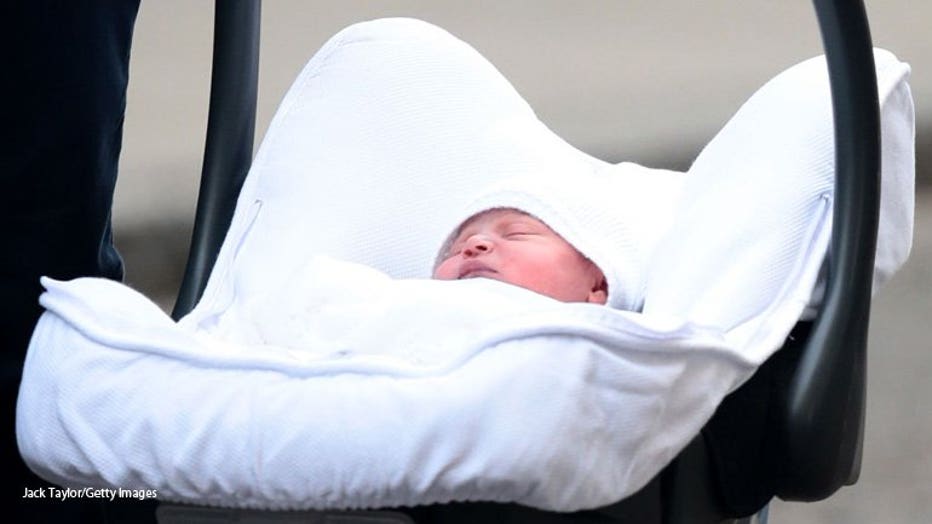 After posing for dozens of photographers and camera crews outside the hospital's private Lindo Wing, the trio headed home, with the baby nestled securely in a car seat. Television news helicopters followed the royal Range Rover as it made the mile (1.6 kilometer) journey to the family's Kensington Palace residence.

William declared the couple "very delighted" with the new addition to the family. 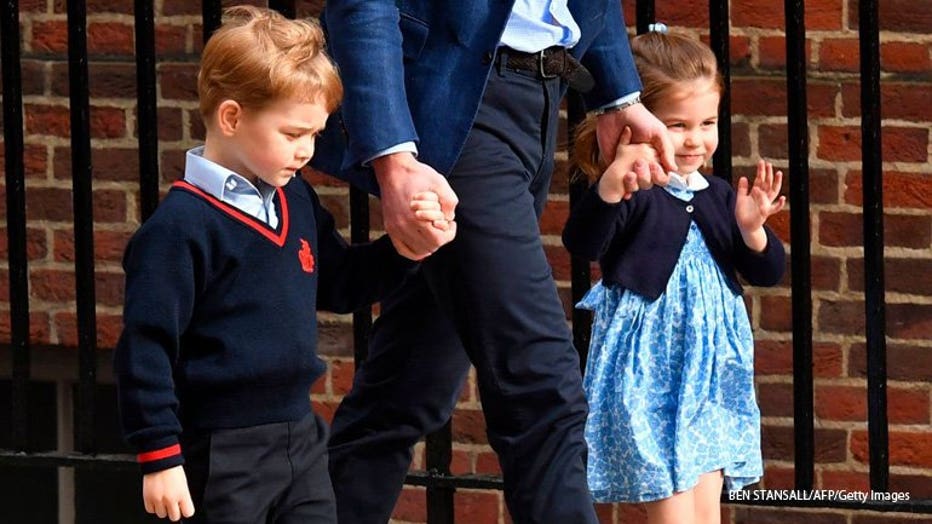 Princess Charlotte of Cambridge (R) waves at the media as she is led in with her brother Prince George of Cambridge (L) by their father Britain's Prince William, Duke of Cambridge, (C) at the Lindo Wing of St Mary's Hospital in central London, on Apr

The royal palace said "the queen, the Duke of Edinburgh, the Prince of Wales, the Duchess of Cornwall, Prince Harry and members of both families have been informed and are delighted with the news." Prime Minister Theresa May offered "warmest congratulations."

News of the royal birth came with a mix of tradition and modernity typical of Britain's media-savvy royal family. It was announced on Twitter and also proclaimed in the forecourt of Buckingham Palace with a framed notice perched on a golden easel.

Tony Appleton, a town crier from southeast England, showed up in full regalia to declare the newborn prince's birth outside the hospital. The words "It's a boy" flashed in lights around the top of London's BT Tower, which can be seen for miles around.

More ceremonial celebration will come Tuesday, including the pealing of bells at Westminster Abbey and a gun salute in London's Hyde Park. 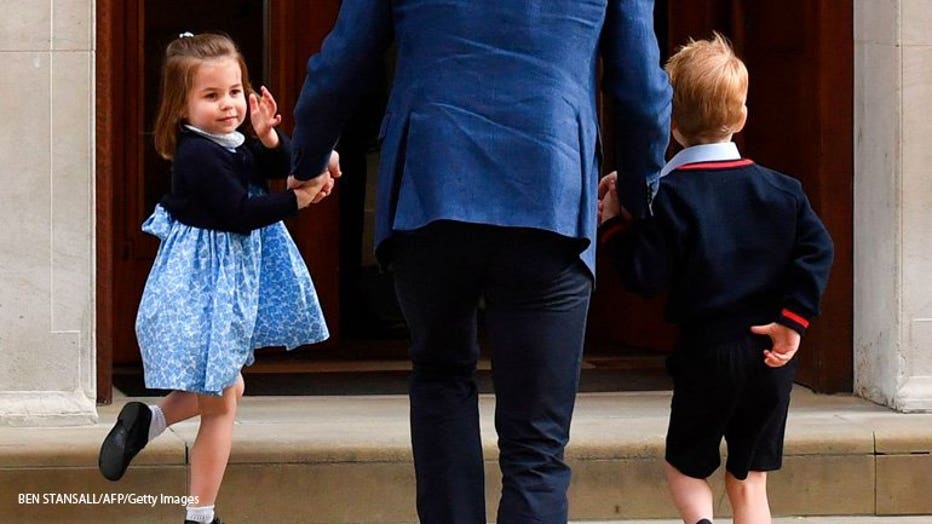 Princess Charlotte of Cambridge (L) turns to wave at the media as she is lead in with her brother Prince George of Cambridge (R) by their father Britain's Prince William, Duke of Cambridge, (C) at the Lindo Wing of St Mary's Hospital in central Londo

Mixing tradition and modernity, the news was announced by the palace on Twitter and also proclaimed in the forecourt of Buckingham Palace through a framed notice perched on a golden easel.

The baby is a younger brother to 4-year-old Prince George and Princess Charlotte, who turns 3 next week. Both were born at the same hospital, as were William and his younger brother, Prince Harry.

The infant's name, which has been subject to a flurry of bets, is likely to be announced in the next few days. Arthur and James are among bookmakers' favorites for the new prince, whose full title will be His Royal Highness, Prince (Name) of Cambridge.

"You'll find out soon enough," William said when asked about the baby's name.

Monday is St. George's Day, England's national day, but the baby is unlikely to be given the name since his older brother already has it.

The new arrival is Queen Elizabeth II's sixth great-grandchild and bumps Prince Harry to sixth place in the line of succession. The baby is fifth in line, after grandfather Prince Charles, father Prince William and his two siblings.

Charlotte is the first royal daughter to stay ahead of a younger brother in the line of succession. Before the rules were changed in 2012, male heirs took precedence.

Kensington Palace announced in September that Kate was pregnant with her third child. As in her previous pregnancies, the duchess suffered from hyperemesis gravidarum, a severe form of morning sickness.

Officials announced her previous pregnancies before the traditional 12-week mark because she was too unwell to attend public engagements. This time around, it kept her from taking George to his first day of school.

The 36-year-old duchess, formerly Kate Middleton, nevertheless kept up a busy schedule of royal duties during her pregnancy, including a visit with William to Scandinavia. She carried out her last official engagement on March 22 before going on maternity leave.

The birth was overseen by a team of doctors including consultant obstetrician Guy Thorpe-Beeston and consultant gynecologist Alan Farthing — who were also called in for the births of George and Charlotte — as well as the hospital's midwives.

Television crews, journalists and royal fans had set up camp outside the hospital for the "royal baby watch" since early April in anticipation of the arrival.

John Loughrey, a veteran royal-watcher who camped outside the hospital for two weeks, said the baby would be "very good for our country and of course Her Majesty the queen."

"I'm so pleased it's St. George's Day," he said before the birth was announced. "St. George himself would be very pleased if the baby's born today."