WASHINGTON — President Donald Trump is hailing the actions of the crew and passengers on a damaged Southwest Airlines flight, saying they showed "great character."

He says they responded with "tremendous bravery" and "everybody's talking about it."

President Trump welcomed the five-person crew and five passengers of Southwest Airlines Flight 1380 to the White House on Tuesday. The New York-to-Dallas-bound flight was forced to make an emergency landing in Philadelphia last month after an engine exploded at 30,000 feet. 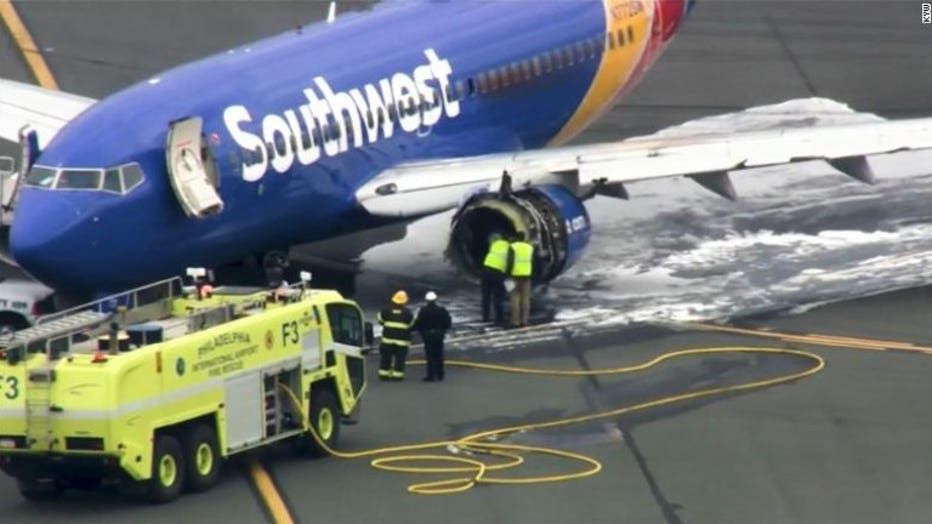 One woman died of her injuries after she was partially sucked out of a window that had been broken by shrapnel.

President Trump hailed the pilot for doing an "incredible job" landing the aircraft. He said "our hearts break" for the passenger who was killed.