Leading up to the annual event, two turkeys -- "Bread" and "Butter" -- were selected as the national birds for 2019. Butter was the only one that was officially pardoned, but President Trump mentioned that he was sparing Bread from being served up on a Thanksgiving table near you. 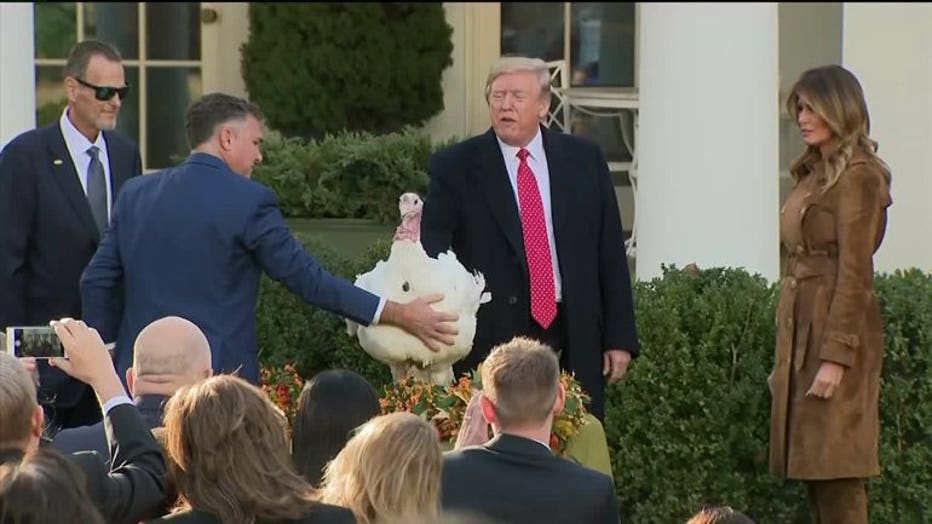 President Trump popped off a few impeachment jokes as he continued the 30-year-old tradition.

Trump joked that the turkeys were trained to remain calm under any condition, “which will be very important because they’ve already received subpoenas to appear in Adam Schiff’s basement on Thursday.” Rep. Schiff is leading the impeachment inquiry for the House intelligence committee.

The tradition of pardoning a Thanksgiving turkey dates to 1989 and President George H.W. Bush.