President Trump said at Tuesday's rally that, under his watch, the economy will grow and America&nbsp;will turn the corner on the pandemic.

WEST SALEM, Wis. - President Trump was back in the Badger State on Tuesday, Oct. 27, campaigning near La Crosse days after he held a rally in Waukesha.

On a chilly afternoon in West Salem, excitement among the president's supporters was running a fever pitch.

In 2016, President Trump won Wisconsin by fewer than 23,000 votes. Polls predict another tight race this November. That's why, supporters said, the COVID-19 pandemic will not stop them from showing up at rallies. 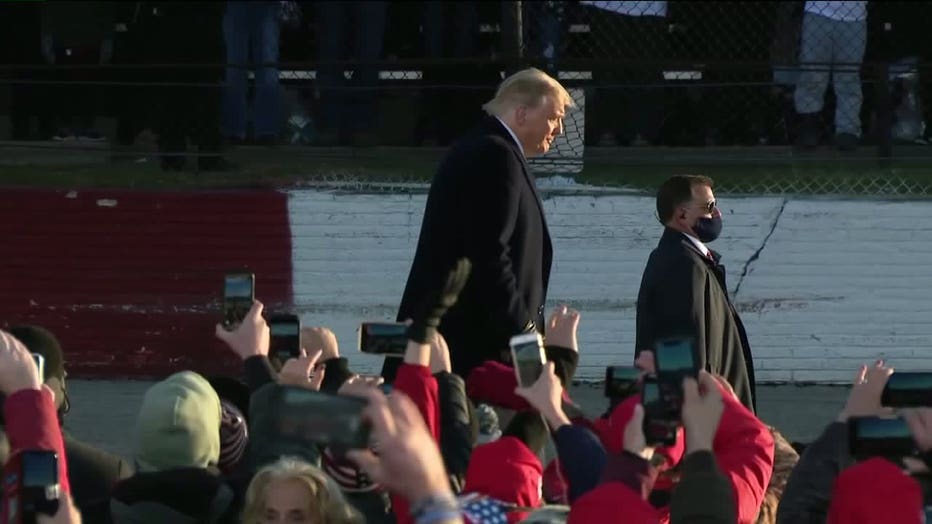 President Donald Trump at a campaign rally in West Salem, Wisconsin on Oct. 27, 2020.

"Free speech is important. We're here to say what we have to say," said Minnesota resident Heather Holub, a supporter of President Trump.

That support, supporters hope, translates to votes on Election Day.

"I'm here. I just hope we can make it this year," said Wisconsin resident Jerry Leque, a supporter of President Trump. 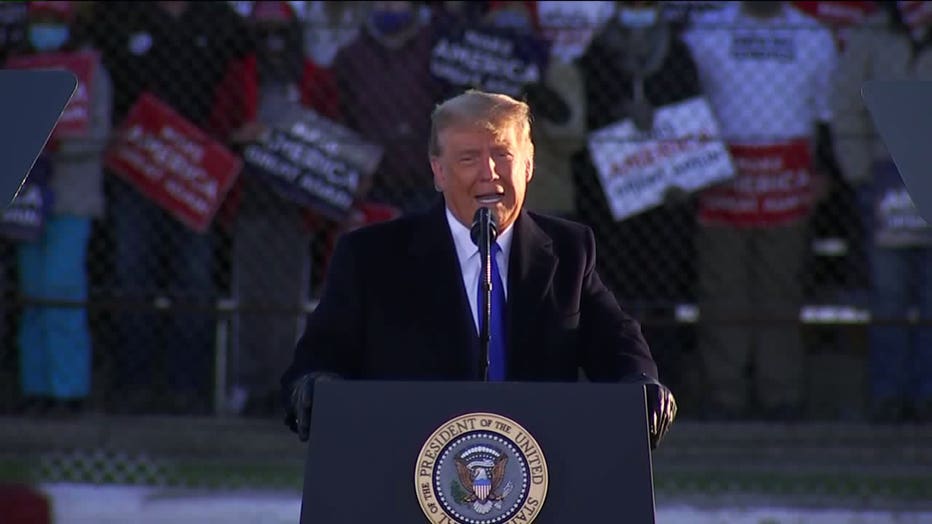 President Trump said at Tuesday's rally that, under his watch, the economy will grow and America will "turn the corner" on the pandemic.

"Here we are at a racetrack. We are turning the corner," President Trump said.

The president said he plans to accomplish just that without hurting small businesses, something he said Democrats have and will do. 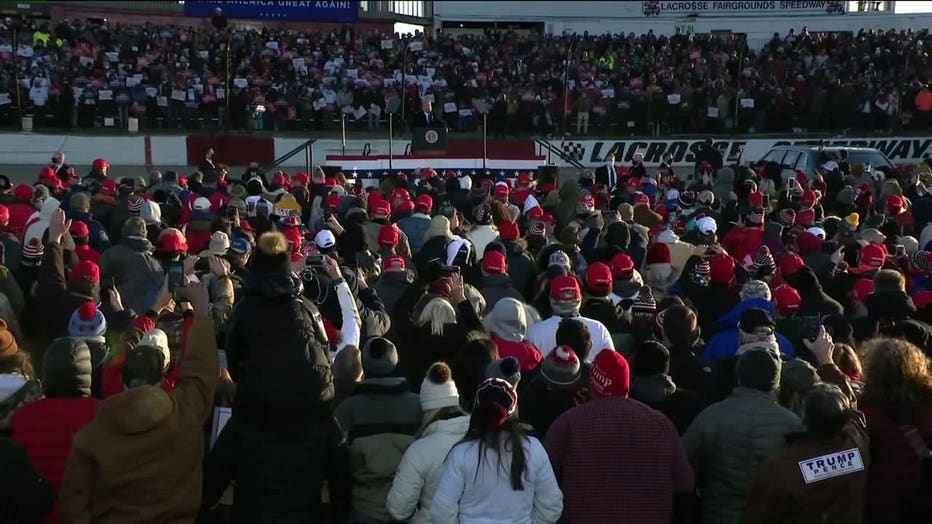 "It's a choice between a Trump boom or a Biden lockdown, speaking of that, let's call your governor and tell him to open it up," said President Trump.

The president hammered that message home on the same day that Wisconsin set a single-day record for both COVID-19 cases and deaths.

With supporters, like those who attended Tuesday's rally, the president said he can turn battleground Wisconsin into Republican territory.

Joe Biden mentioned Wisconsin would be among the states he'd be visiting in the coming days as he delivered remarks in Chester, Pennsylvania on Monday afternoon.