MILWAUKEE -- President Donald Trump barnstormed for his new trade deal with Mexico and Canada during a visit to Wisconsin on Friday, hoping that its economic impact will help him to retain a battleground state vital to his re-election effort.

"I'm great to be back in your great state, a state that I won," said President Trump.

President Trump reminisced over his 2016 upset, and touted the campaign promises he says he's delivered.

"Millions and millions of jobs were lost in what I called the stupid years. Now we are back to the smart years," said President Trump.

President Trump told workers at Derco Aerospace the United States-Mexico-Canada Agreement, which has yet to pass Congress, would be "vital to the future" of the nation's manufacturing economy and would provide "the strongest protections yet for American workers." 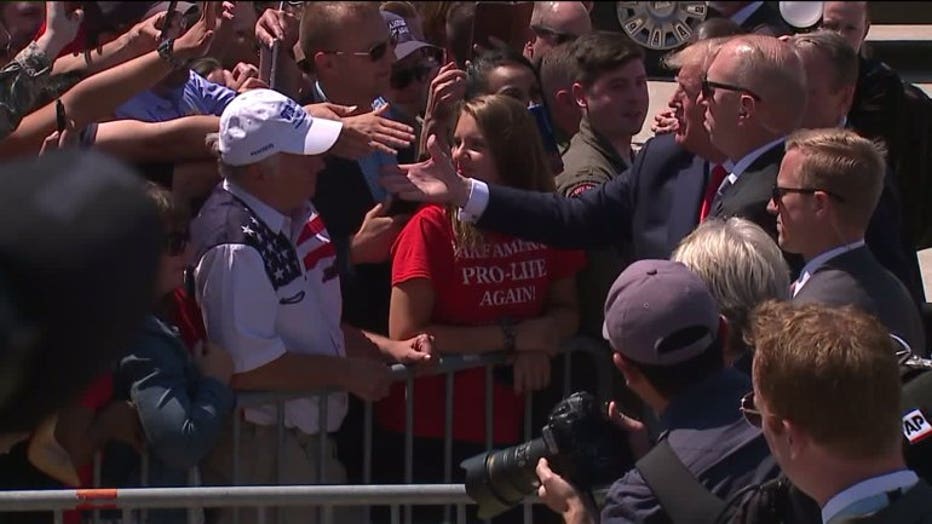 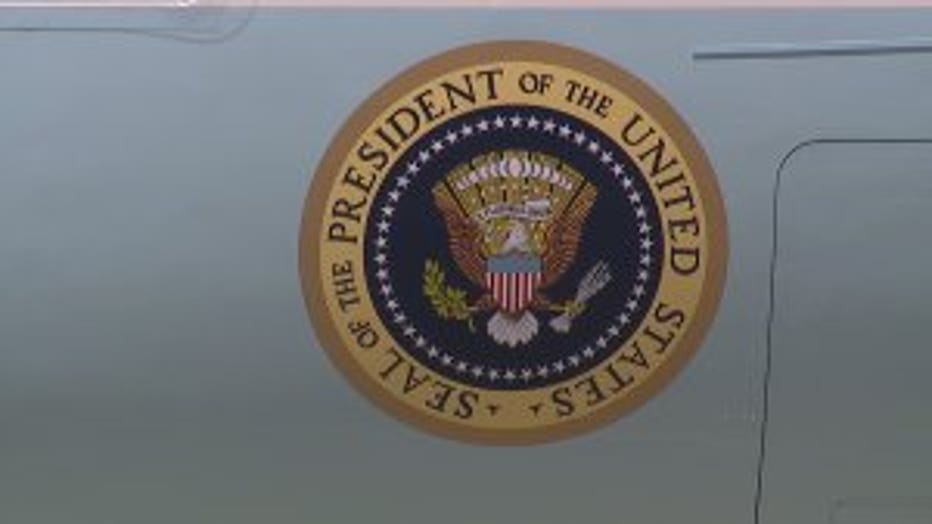 Wisconsin was one of two Midwest stops Friday designed to warm up President Trump's 2020 campaign engine with fundraisers expected to bring in a combined $7 million, according to the Republican National Committee.

But his public focus was the USMCA, whose fate is uncertain in Congress, and of particular interest in Wisconsin. 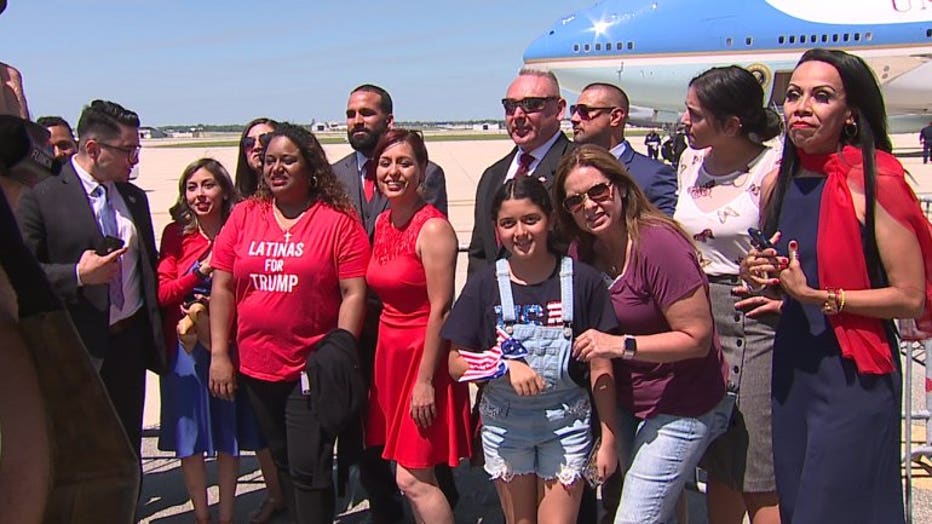 "In his short time in office he has made efforts to assist in the U.S. steel industry and I'm glad to see it because I've been in manufacturing a long time and during some of those years, the steel industry hasn't been that healthy. He's helped," said Norlen Meton, Fairbanks Morse. 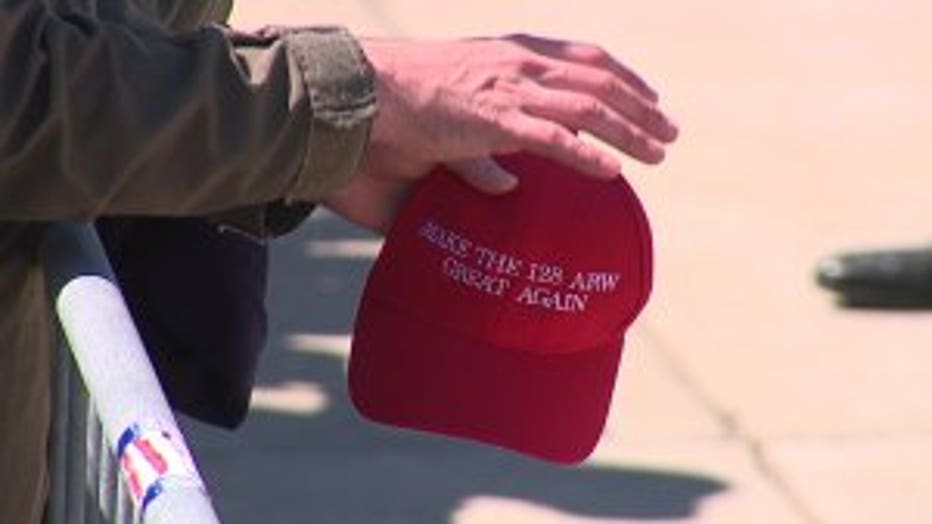 President Trump says his policies put America first, pointing to Derco has an example. The company announced Friday it's increasing its workforce by 15 percent -- a point of pride for President Trump and of accomplishment for his re-election bid.

"No one can beat the American worker," President Trump said. "Every day will we fight for the workers, Wisconsin." 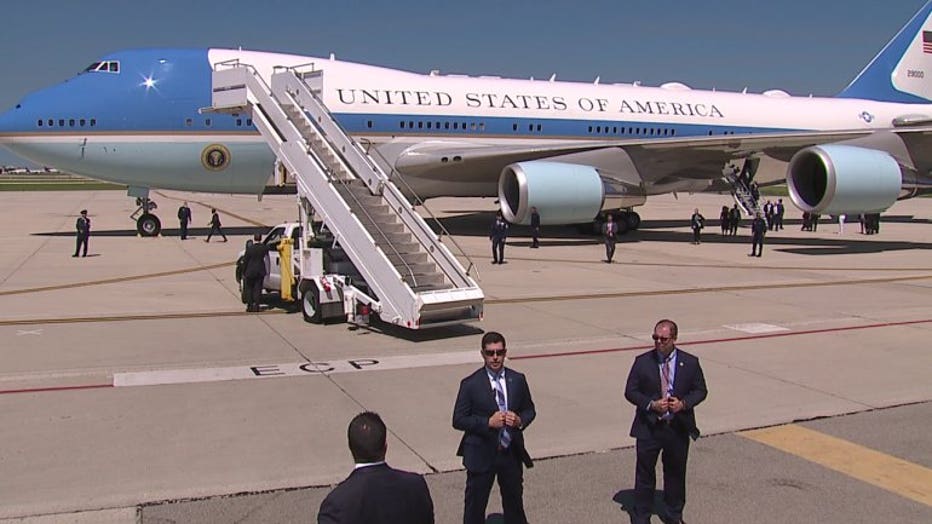 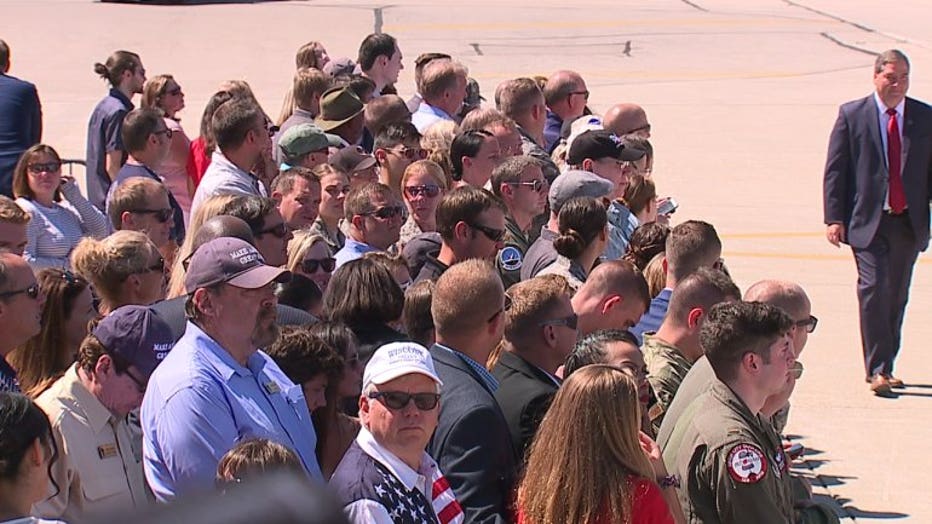 Proponents of the deal believe it could also help the state's dairy farmers and Wisconsin's manufacturing sector, which contributes to nearly 20 percent of the state's gross domestic product.

"In Wisconsin, we have a trade surplus with Mexico and Canada," said Sen. Ron Johnson, R-Wisconsin, who traveled Friday on Air Force One with the president. "I am happy to have NAFTA updates but we need to get it ratified. This is important for Wisconsin."

Johnson was referring to the North American Free Trade Agreement, which the new trade deal is meant to replace.

But while President Trump took credit for the state's economic gains, Wisconsin remains starkly divided over the president and appears a toss-up again in 2020.

The Trump campaign plans an all-out blitz again in the state, one of a handful most analysts believe will determine the White House next year. Democrats also aren't ignoring the state this time: a half-dozen campaigned in Wisconsin this week and the party scheduled its nominating convention for Milwaukee next year.

Republicans have been seeking a vote on USMCA before the August recess to get in front of the presidential campaign season, but it's looking more likely that any vote, if one occurs at all, will have to wait at least until September. House Democrats want to strengthen enforcement of the agreement's labor and environmental obligations.

President Trump urged Democrats to view the USMCA "as a bipartisan bill" and to abandon their investigations into his administration in favor of sending the trade bill to "my desk today." 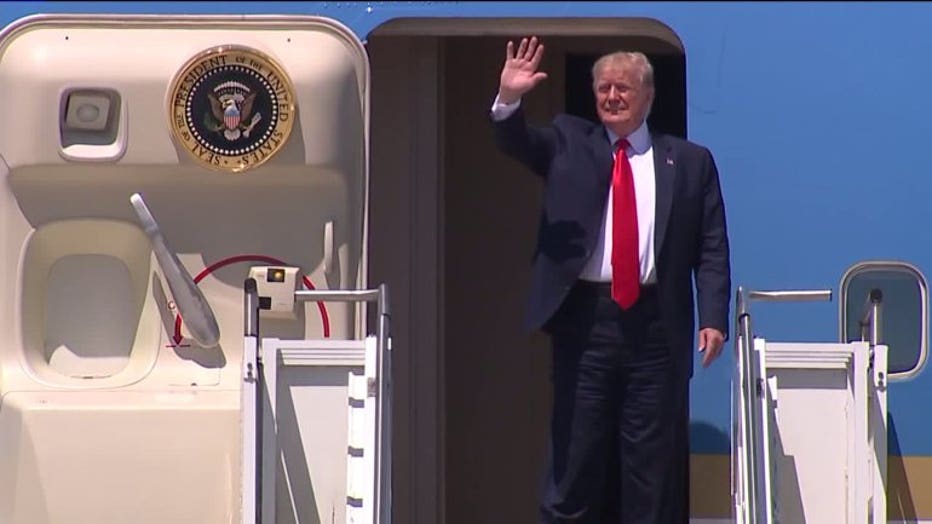 After Air Force One touched down in Wisconsin on Friday, President Trump was greeted by cheering onlookers, including a woman who asked him to sign her Christian Louboutin heel. The president obliged.

Derco Aerospace was accused of fraud in a 2014 lawsuit by the federal government that alleges it and two related companies schemed to overbill on a Navy contract for airplane maintenance. The case is pending in federal court in Milwaukee. The companies have denied wrongdoing.

After visiting Wisconsin, President Trump was traveling to Ohio for a fundraising dinner in Cleveland. Democrats are criticizing the president for appearing with Brian Colleran, a nursing home magnate who was forced to pay $19.5 million by the Justice Department for his role in a Medicare fraud nursing home scheme.