Prematurity, not co-sleeping, is leading factor in infant deaths

Prematurity, not co-sleeping, is leading factor in infant deaths

MILWAUKEE (WITI) -- It's a deadly epidemic hardly anyone is talking about -- and one of the most common risk factors is something a surprising number of expectant moms are still doing. They are smoking while pregnant.

With a house full of five young kids, 'Dorothy' is a Milwaukee mom who admits she sometimes needs a little help coping with all of the stress.

"Yesterday was pretty hectic," she said. "So, at the end of the day, I did sit down while all the kids were sleeping and smoked a cigarette."

Trouble is, Dorothy is pregnant with baby number six.

She knows smoking is bad for her baby. The warning is right there on the box. But Dorothy -- not her real name -- agreed to do an interview to encourage other moms to get help.

"There needs to be less judgment and more trying to fix the problem."

"There needs to be less judgment and more trying to fix the problem," she said.

"This is not a matter of weak people who know better," said Dr. Geoffrey Swain, medical director for the city of Milwaukee Health Department, and a professor 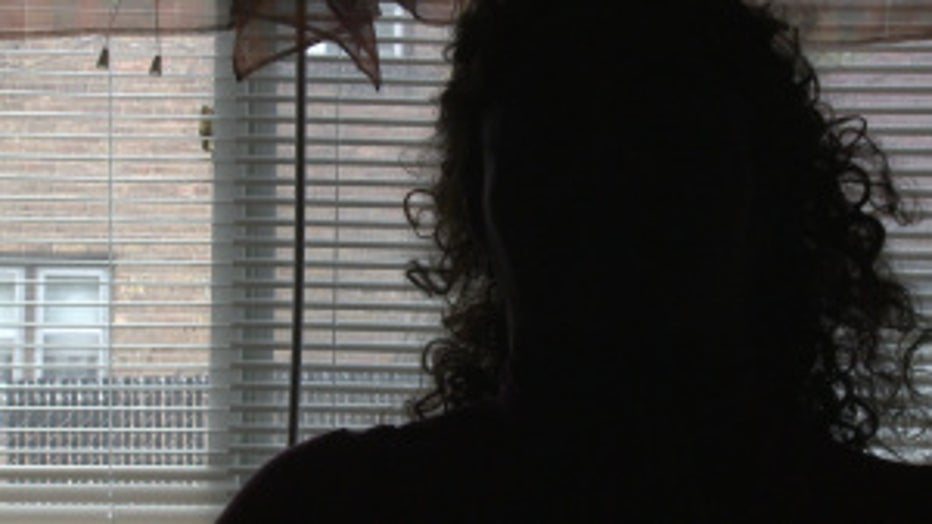 'Dorothy' is pregnant with her sixth child. She still smokes, but has been able to cut back significantly with the help of a program called First Breath.

at the University of Wisconsin School of Medicine and Public Health. "This is a tough addiction."

He says helping pregnant moms battle nicotine addiction is critical to reducing the city's infant mortality rate, because smoking is a major risk factor for premature birth. And complications of prematurity are the single biggest cause of babies in Milwaukee dying before their first birthday.

"It's a much bigger problem, actually, than unsafe sleep is," Dr. Swain said.

While co-sleeping deaths have made headlines in recent years, a report released earlier this year shows prematurity accounts for nearly four times as many infant deaths. And black mothers are twice as likely as white mothers to have a baby born to soon. In fact, the city's infant mortality rate for black childrens is worse than some Third World countries.

Of course, smoking isn't the only cause of pre-term labor. Stress, poor eating habits and lack of access to prenatal care are all risk factors. But more than half the time, doctors have no idea why a baby was born premature.

Tiffany Glinsey is a prime example. 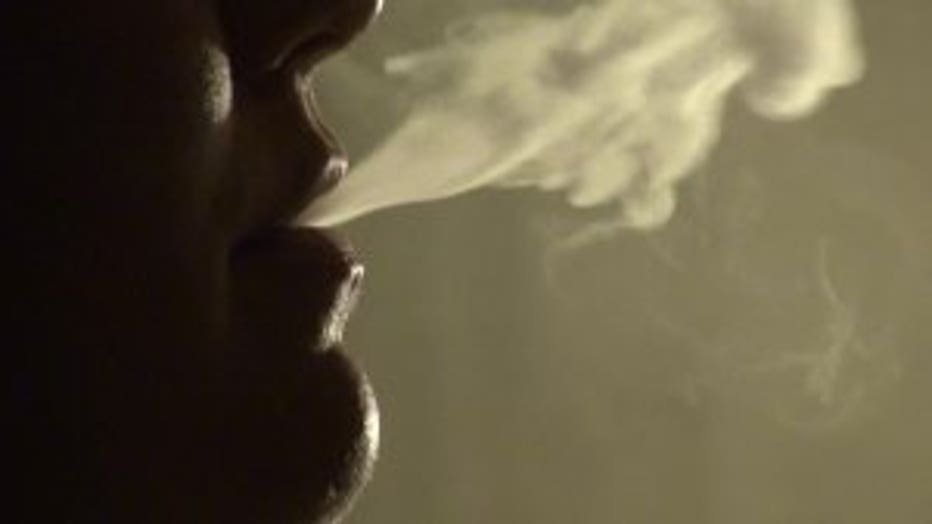 According to the Wisconsin Women's Health Foundation, 13 percent of expectant mothers in the state admit to smoking during pregnancy.

She didn't drink or smoke. But she went into labor when she was a mere 25 weeks pregnant.

"I just broke down and cried," Glinsey said.

Her son, T.J., weighed two pounds. He had a Stage One brain bleed, chronic lung disease, hernias, liver problems, and spent 90 days in an incubator.

"You have no idea what it's like to do everything right, and you have a sick child. So for you to smoke or to drink, you're being selfish. You're being very selfish," she said.

It's not just a problem in Milwaukee. Amanda Brenden was a 23-year-old student at the University of Wisconsin-Eau Claire, engaged to be married, and smoking a pack a day when she got pregnant unexpectedly.

"I felt a lot of guilt. I tried to quit smoking, like, serious quit attempts, at least 10 times while I was pregnant," she said.

Her daughter was born at 31 weeks and weighed three pounds.

"I hurt my baby by smoking and there's nothing to be proud of with that," Brenden said.

Brenden is now a smoking cessation counselor. And she's the face of a national anti-smoking campaign for the U.S. Centers for Disease Control and Prevention.

"I made that commercial to help other women." Brenden said.

"It is way too many women smoking," said Courtney Rogaczewski, Assistant State Director of the March of Dimes.

She says about 21 percent of Wisconsin women smoke, compared to 18 or 19 percent nationwide. And nearly half of all pregnancies are unplanned.

"Even if you stop very early on before you want to become pregnant, it affects your health and the health of that baby," Rogaczewski said.

That doesn't mean you should give up trying. 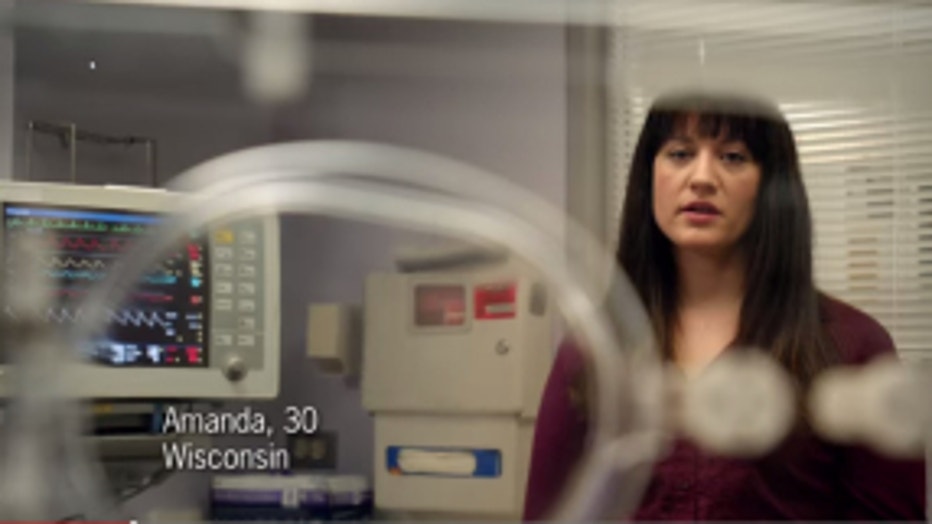 Amanda Brenden of Eau Claire, WI, smoked during her first pregnancy and had a baby born at 31 weeks. She is now featured in a national anti-smoking ad campaign for the CDC.

Dorothy says she's been cutting back on the number of cigarettes she smokes, with the help of the Wisconsin Women's Health Foundation's 'First Breath' program.

"Sometimes I won’t have anything. Sometimes I’ll have four," she said.

Kristine Alaniz is in charge of the First Breath program, which provides prenatal smoking cessation counseling to thousands of pregnant women across Wisconsin.

"A lot of the women in our program are dealing with extreme stress, extreme poverty," she said.

According to Alaniz, 13 percent of expectant mothers in Wisconsin admit to smoking during pregnancy. That's one out of every eight! It's not because they want to hurt their babies, she says, but because they're addicted.

"It's not easy to just flip a switch and say I'm not going to smoke anymore," Alaniz said.

Alaniz says 86 percent of the pregnant moms in the First Breath program make some sort of positive change. About one-third abstain from smoking completely.

"In the tobacco world, that's considered a really good number," she said.

That means, even with help, most women who smoke continue to do so during pregnancy.

If you're looking for motivation to quit, Tiffany Glinsey has a suggestion.

"Take a walk in the . Take a walk in our shoes. Let me take off my size 7-and-a-half and go through what I went through for 90 days," Glinsey said. 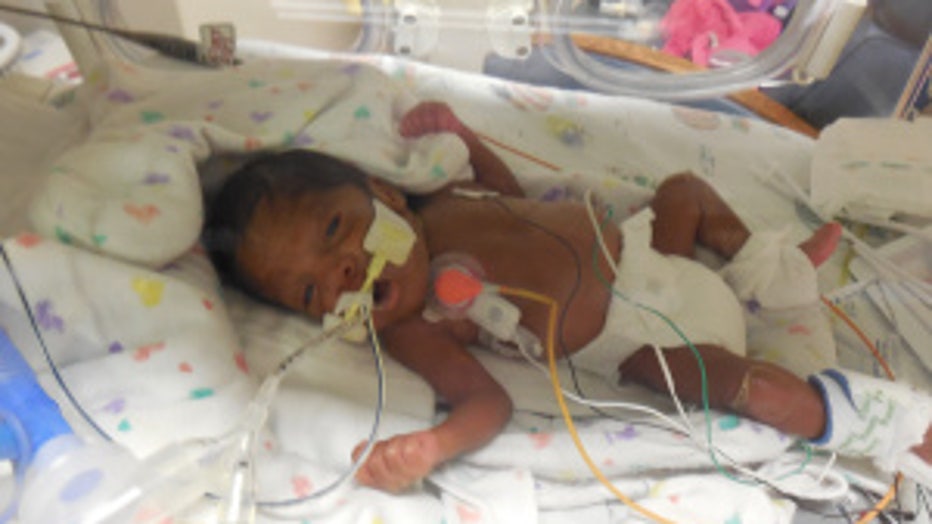 T.J. was born at 25 weeks and weighed 2 pounds. His mother, Tiffany Glinsey, did not smoke. She says expectant mothers who smoke and risk the complications her son went through are "selfish."

Her son is one of the lucky ones. He recently celebrated his first birthday. He was also recently diagnosed with a mild form of cerebral palsy and still has chronic lung disease.

And remember, Glinsey didn't smoke at all.

"A mother that's drinking and smoking, you are a very selfish person," Glinsey said.

Still, she asked for help, something she says many other women won't do, for fear of being judged.

After all, the hand that needs the most help is still growing inside.

For more information on smoking cessation programs for expectant mothers and other "quit smoking" resources, check out the following links: