MEXICO CITY — A powerful earthquake centered near the resort of Huatulco in southern Mexico has swayed buildings in Mexico City and sent thousands into the streets.

Seismic alarms sounded mid-morning with enough warning for residents to exit buildings. Power was knocked to some areas, but there were no immediate reports of major damage or injuries. 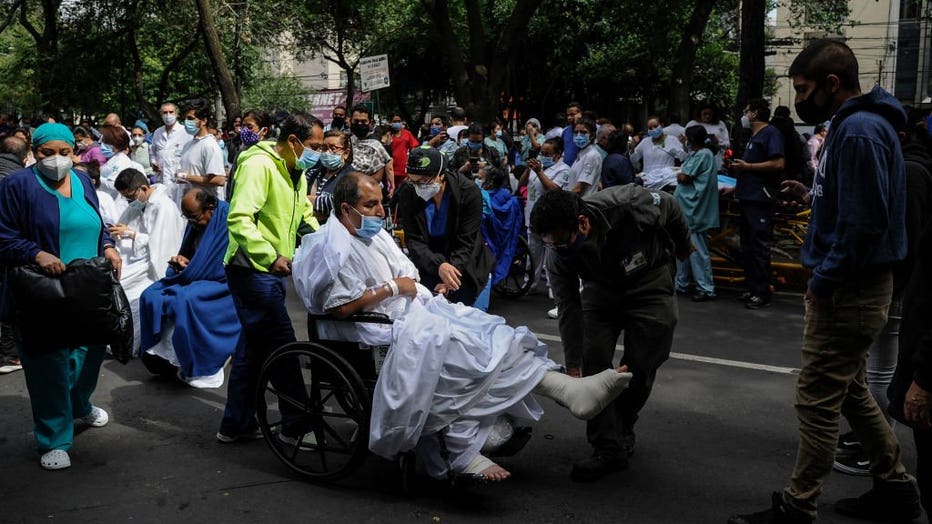 People remain outside the Durango clinic in Mexico City during a quake on June 23, 2020 amid the COVID-19 novel coronavirus pandemic. - A 7.1 magnitude quake was registered Tuesday in the south of Mexico, according to the Mexican National Seismologic