“Pouring like crazy:” Heavy rain led to street flooding in Milwaukee area; and it happened fast

"Pouring like crazy:" Heavy rain led to street flooding in Milwaukee area; and it happened fast

MILWAUKEE -- The rain started Tuesday night, September 6th, and continued through the day on Wednesday. Heavy rain led to flooding -- and flood watches and warnings in the Milwaukee area Wednesday.

FOX6's Ben Handelman was out in the storm near 37th and Becher around 5:00 p.m. Wednesday. He said it looke as though it was raining branches. And that was just the start of the trouble.

"It started pouring like crazy. It came through quick. I was waiting to see a tornado or something," Dale Wold said.

Wold watched as trees snapped and branches fell near 37th and Becher.

"At one point it was the road was impassable -- so I had to get out and move the branches out of the way," Wold said. 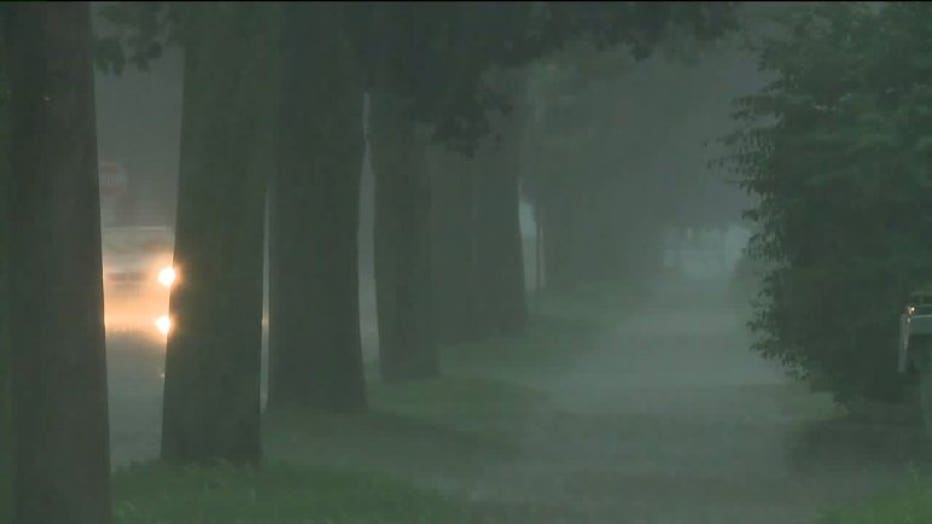 Down the street at 38th and Lincoln Jim Oshaka watched the water rise. He watched as driver after driver tested their luck.

"They think they can fly on top of water. And they splash and they -- is it going to stop and die in the pond?" Oshaka said. 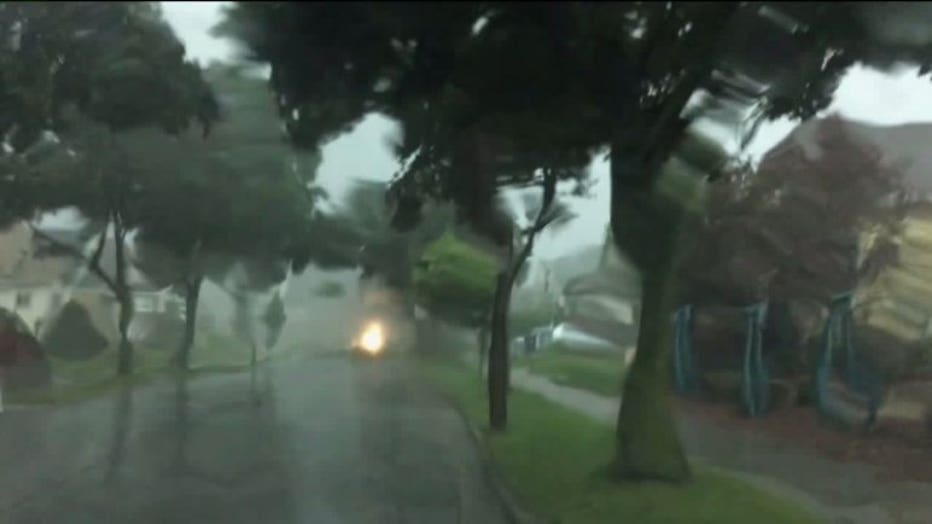 It only got worse. Water bubbled up from the storm sewers -- with nowhere to go. Many roads on Milwaukee's south side turned into lakes.

Even those rushing in to help had a tough time. 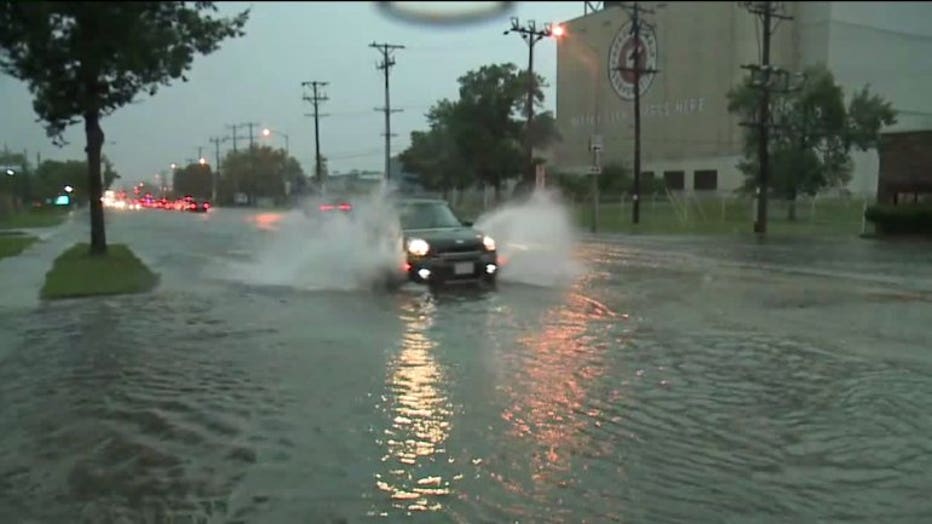 Neighbors said this was the worst flooding in the area in years -- and it happened quickly.

For Marco Soto, every time a vehicle became stuck in the water, there was an opportunity to get them out.

"People are dumb -- but we can help them if they get stuck, to get out of the way," Soto said. 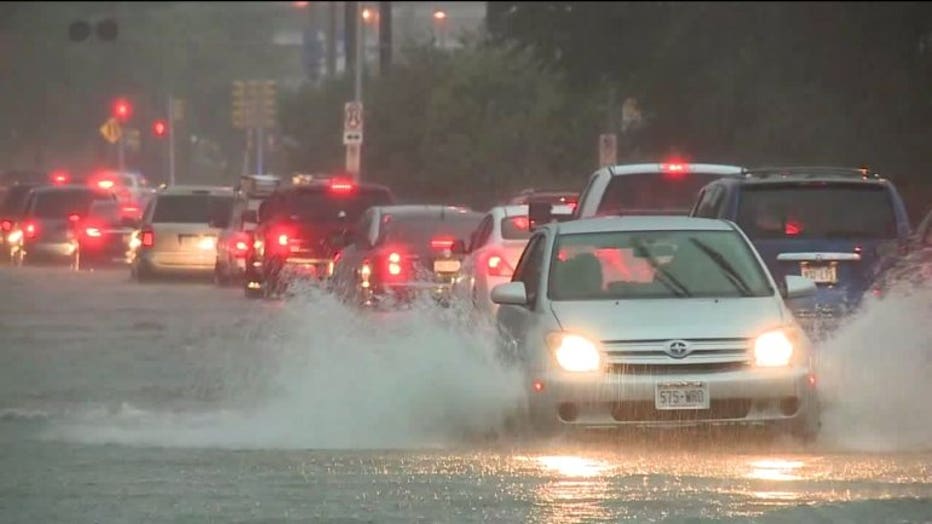 Soto was preparing for a busy night towing vehicles after an unpredictable and dangerous afternoon.

Citywide, DPW officials responded to more than 40 calls for service for ponding roads. Most were back to normal by Wednesday night. 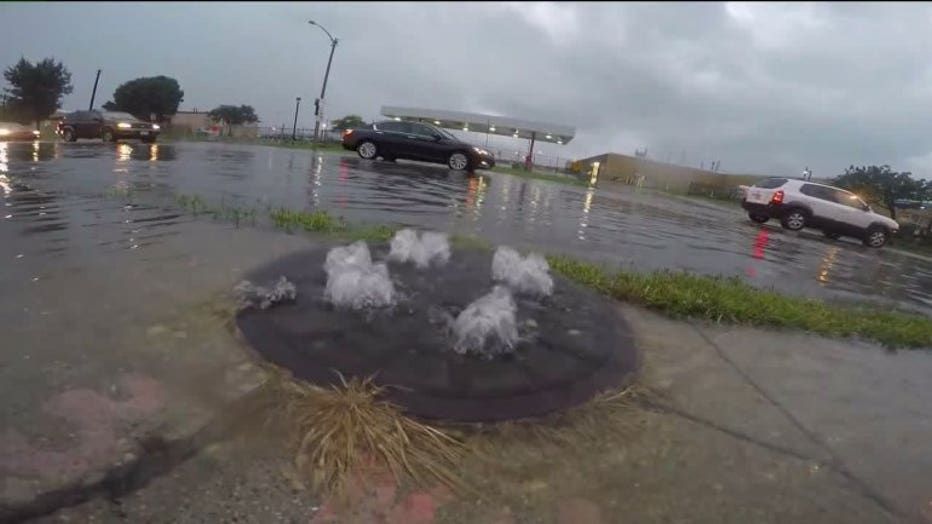 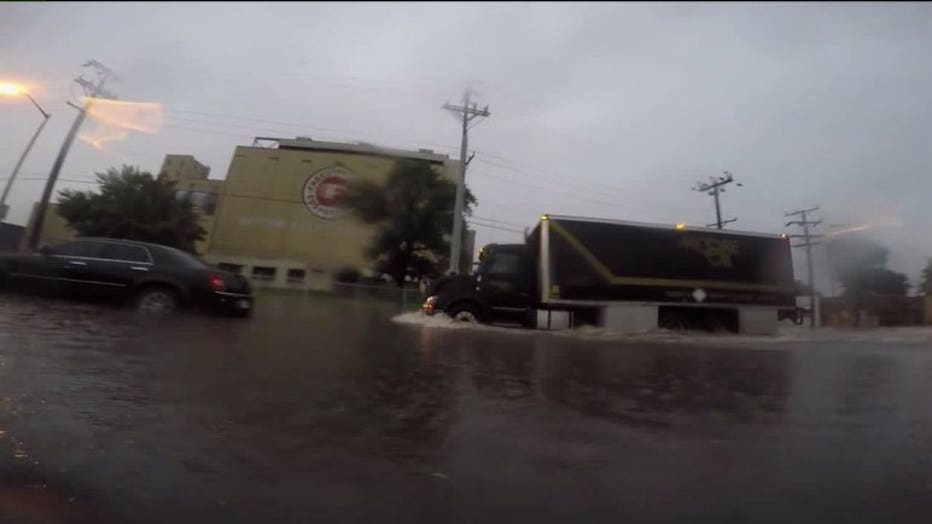 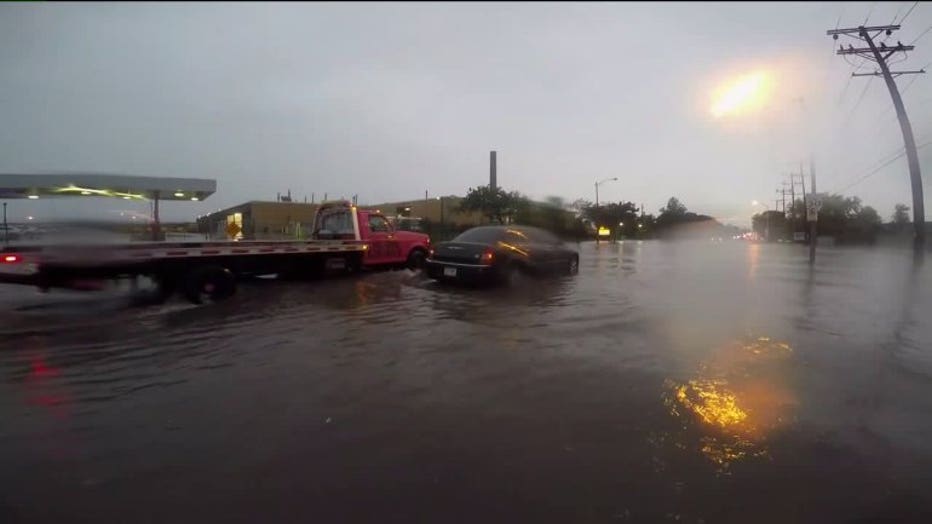 FOX6 Photojournalist Jeff Frings on Wednesday captured video near 108th and Rogers in West Allis. Roadways were swamped with water -- and yet, drivers continued to drive through it.

Heavy rain seen in West Allis near 108th and Rogers

Heavy rain seen in West Allis near 108th and Rogers