MILWAUKEE -- Milwaukee Alderman Bob Bauman, worried about possible chaos, is urging the Democratic National Convention (DNC) not to come to Milwaukee in August.

"We have a potential train wreck coming down the track here," Bauman said. "I think the sentiment at city hall is we'd rather just see this convention just cancelled, go entirely virtual, go entirely remote, have no physical activity in Milwaukee whatsoever, so there'd be no reason to come here and protest."

Portland, Oregon protests are on the mind at a common council committee meeting on Friday, July 24. 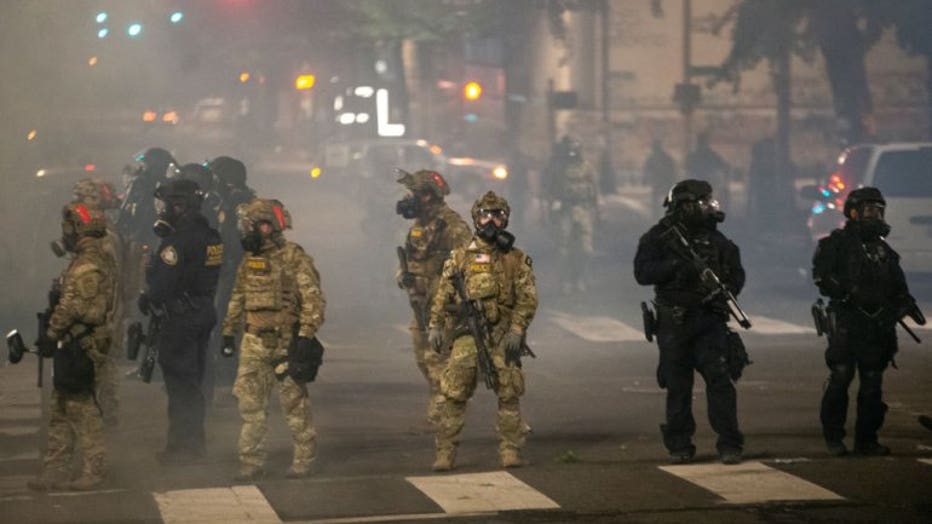 "We've seen video of people being snatched up and law enforcement not identifying themselves, putting people into unmarked vans and things of that nature," said Alderwoman Milele Coggs. "What can we do to stop that from happening during the DNC?"

Milwaukee police plan to handle all of the crowd control within the convention's larger security footprint, where anyone can enter. MPD says there's no plans to have federal agents help with that part of security.

Besides this first security layer open to the public is the second layer of security in the middle, a fenced perimeter around the convention. The Secret Service will issue credentials to get inside -- but where those fences will go is not yet revealed.

Despite the worries, the city is pushing ahead with getting security ready -- and that could impact you. The Milwaukee Common Council will vote on Tuesday, July 28 to ban certain items around the DNC. If it passes, don't bring sleeping bags, lightbulbs, coolers, tennis balls or canned food into the security footprint, marked in blue in the below map. 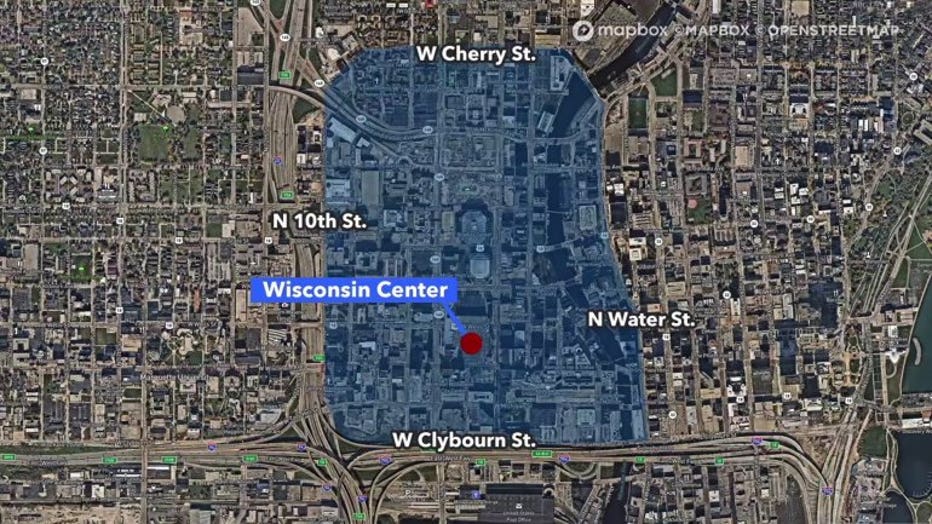 "An ice cooler can fit a bomb inside of it," Adam Stephens, deputy city attorney, said. "So instead of worrying whether a cooler has a bunch of Mountain Dew in it, or a pressure cooker, this prohibition would just simply say if there's an ice cooler seen by law enforcement inside the security zone, that person will be asked to leave." 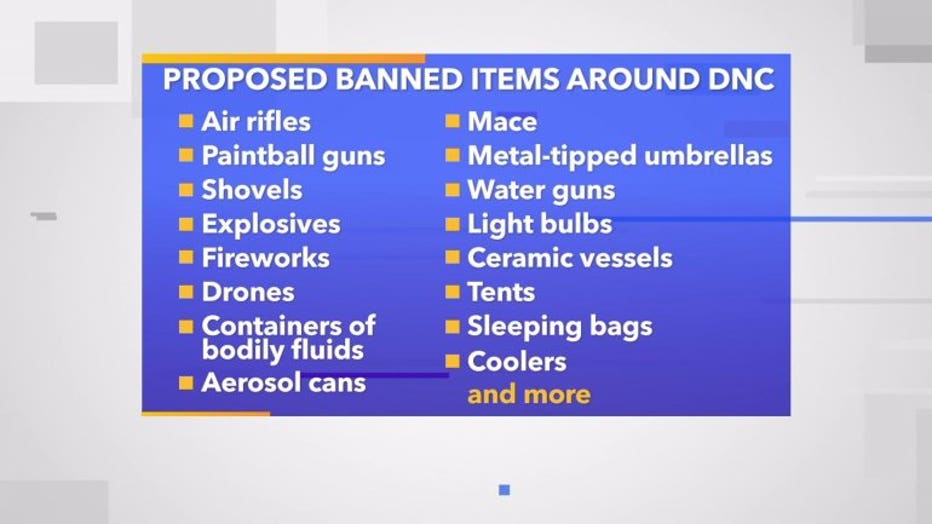 Proposed items to be banned at the Democratic National Convention

With convention delegates and members of Congress asked to stay home, it means there will be more police and agents than attendees of the mostly-virtual convention.

The DNC is now 23 days away, scheduled to start on Monday, Aug. 17 and end Aug. 20, the day Joe Biden plans to accept the Democratic Party's nomination for president in Milwaukee.