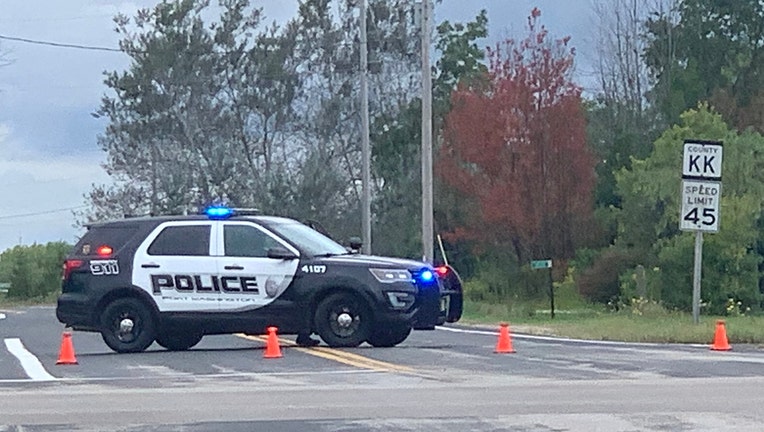 Police near scene of town of Port Washington crash.

Five people were injured – three flown to the hospital – in the two-car crash near County Highway KK and Mink Ranch Road in the town of Port Washington.

The Ozaukee County Sheriff's Office said a Pontiac failed to stop at a stop sign on Mink Ranch Road and struck a Chevrolet that had the right of way on County Highway KK.

The driver of the Pontiac is identified by the sheriff's office as Aryanna Wendtland. She was flown to the hospital via Flight for Life with serious injuries after the crash. An 8-year-old girl was a passenger in the car and taken to the hospital with minor injuries.

In the Chevrolet, three people were injured – two flown to the hospital with life-threatening injuries. One of those two, identified as 89-year-old Nelda Bartz of Port Washington, later died of her injuries.

The crash remains under investigation. Several other fire and police departments assisted at the scene.

A 6-year-old was fatally stabbed in West Allis in what the medical examiner said was a homicide.

Racine police are asking the public for any information that could help them solve the homicide of 17-year-old Jayden Cronin.