MILWAUKEE -- The Port Milwaukee wind turbine reached an energy generation milestone on Tuesday, Oct. 23. The renewable energy source generated its 1-millionth Kilowatt-hour of electricity since going online at the end of February 2012.

The Bay View wind turbine produces more electricity than the Port uses and eliminated electric bills for the Port’s headquarters, a news release indicates.  Additionally, the excess electricity is sold to We Energies, producing a dividend to taxpayers of nearly $53,000 since it went online. 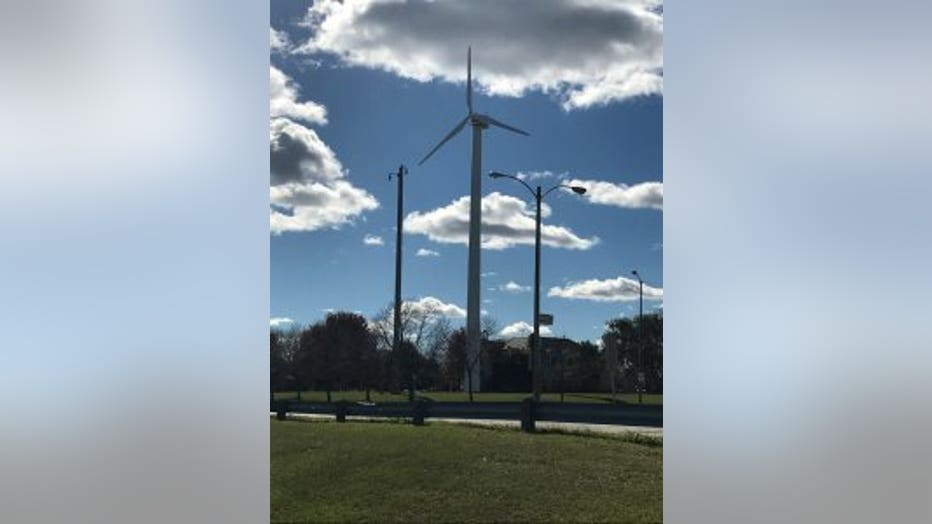 "The wind turbine has kept one-point-three million pounds of carbon dioxide out of the atmosphere and, this is probably most important, is it is paying off for our taxpayers," said Milwaukee Mayor Tom Barrett.

The wind turbine installation and equipment were paid for, in large part, with a Federal Energy Efficiency and Conservation Block Grant which was part of the American Recovery and Reinvestment Act.

How much electricity is 1-million kWhs produced during the life of the Port’s wind turbine?  The news release issued by the city indicates it is enough electricity to supply all the demand for more than 18 average Wisconsin residential users.