Porch collapses at apartment in Milwaukee

Porch collapses at apartment in Milwaukee 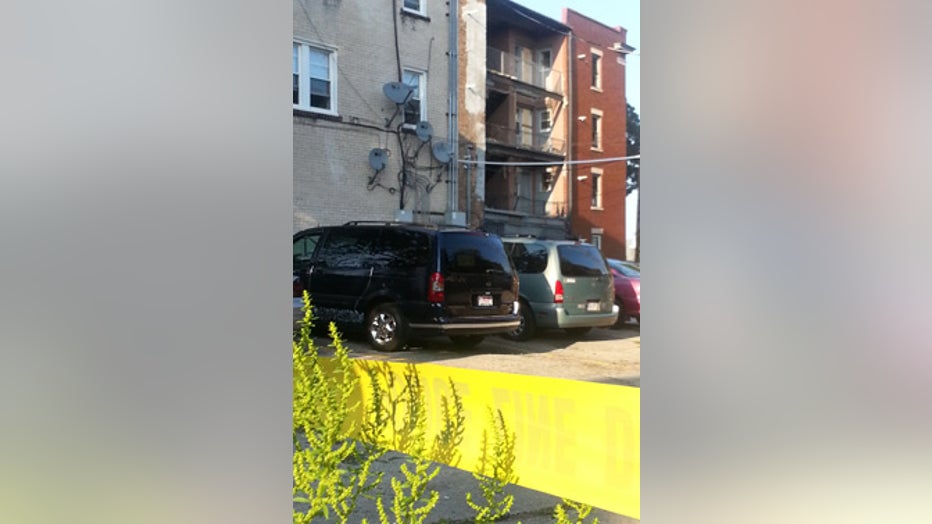 MILWAUKEE (WITI) -- Milwaukee police are investigating a porch collapse at an apartment building on the city's south side on Thursday, September 19th.

Officials say they were dispatched to a building near 24th and National Ave. just after 4 p.m.

A 42-year-old man was working on the third floor balcony when it apparently gave way. The balconies are made out of cement -- and officials say the man rode the collapse to the ground. He was conscious and being taken to a hospital.

A 14-year-old girl on the ground was struck by some debris from the collapse. She was also transported to a hospital to be treated for minor injuries.

"All of a sudden I just heard a large crash, and I heard someone just kind of groaning," KEvin Morisette said.

"I see that this guy is trapped under a bunch of cement and plywood, screaming that he's trapped. You saw that his legs were covered with a bunch of the rocks and there was blood. He was lifting some of it himself to try to get his leg out. As they were coming in I was pulling the sheet of plywood and they were able to lift him up out of there," Christopher Knippel said.

Neighbors say the man arrived in a truck and had been working on the balcony all day.

"He had plywood up across the top there so he was pounding most of the day," Morisette said.

Angela Bealin was in her apartment just feet away from the man when the balcony gave way.

"I just ran out and I just looked and it was a big hole all the way from my top porch all the way down," Bealin said.

Records show the building has had about 40 code violations in the last five years, and in 2008, the owner was ordered to restore porch support columns.

Tenants in the building were evacuated and an inspector is now checking the building for stability. We Energies was also called to the scene to check the gas and electric lines.